This morning I put 60g dark chocolate (pieces) into a glass jug and heated it in the microwave for bursts of 10 seconds, while stirring, to soften it.

I then added a table spoon of cold, extra thick cream and gave it a couple more bursts/stirs to melt and mix them together.

Obviously, the mixture was fairly warm but as there was not much cream involved I thought it would be ok to mix and whip.

I added ~300ml of cold, extra thick cream, mixed it until smooth and evenly chocolate coloured and then whisked with a hand mixer.

I tasted it and found it to be palatable, but not aesthetically pleasing as it was clearly not "whipped". If I wanted an edible scene which included a muddy garden I'd be winning. (I don't.)

Do I need to re-chill the chocolate+cream mix before attempting to whip it?

Did I curdle (and thus should avoid eating) the cream?

EDIT: I finally got it to work by melting chocolate into a small amount of cream with the most minimal microwave heating. This was the refrigerated and when I returned (after work) it had completely solidified, so I heated for 10 seconds and whipped into the rest of the cream. This worked perfectly.

If you are trying to make chocolate frosting using whipped cream, you need to: 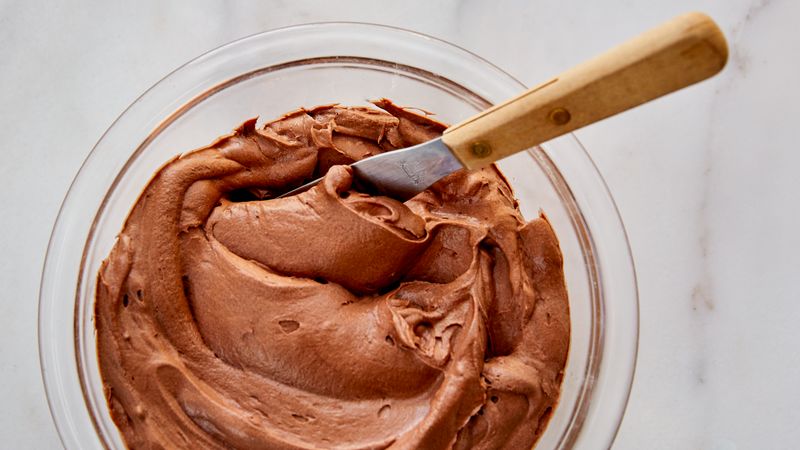 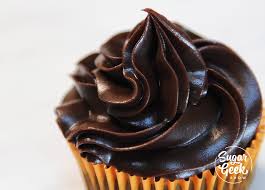 The ratio to make chocolate ganache frosting I use is 2 parts of chocolate to one part cream (by volume).

If you feel that the ganache is too thick, you can add hot milk and mix it and then cool.

The images have been taken from internet.

It's difficult to say what exactly happened to your cream so it got lumpy, but it's quite possible that it's overbeaten.

When making chocolate whipped cream you should make sure to chill the mixture thoroughly. I always let mine stay in the fridge over night. This of course only works if you mix enough cream with the chocolate, otherwise it gets too hard to whip it properly. I always heat the cream and then just dissolve the chocolate in it, let it chill over night in the fridge and whip it the next day.

Also: If you in fact over beat your cream, you can still use it. It's just not suitable for a cake anymore. When the whipped cream gets flaky you basically made yourself some butter. I once made vanilla butter by accident but it was quite nice on toast with some jam. ;)

Whenever I've made chocolate whipped cream I start with a cold bowl, cold mixer, and cold heavy cream and beat it until it starts to hold small peaks. Then I add 1 tablespoon of cocoa powder and 3 tablespoons of powdered(confectioner's) sugar and a teaspoon of vanilla and mix it again until evenly distributed. The sugar is necessary to balance the bitterness of the cocoa.

You might be able to get away with using chocolate syrup and mixing into plain whipped cream. I wouldn't try mixing melted chocolate with the cream. In this case, I think you probably needed more cream and less chocolate.

Not the answer you're looking for? Browse other questions tagged chocolate cream whipped-cream ganache or ask your own question.

47
Could coconut cream be used to create a non-dairy ganache for whipping?
0
Chocolate ganache
1
Whipping double cream with amaretto
0
Liquid Layer above Melted Chocolate
2
When whipping cream, does its state continually cycle through various states? Is there a dead end at whipped butter? Or does something else happen?
3
How to make softer frozen whipped cream?
3
Chocolate mint ganache - too runny
1
Is this siphon based recipe for mousse au chocolat trying to whip the cream?
3
How to avoid airy, thin whipped cream