I opened this cooking cream 2 months ago and it stayed in the refrigerator in an almost fully frozen state (right under the cold air blowing fan). It also has lost its flavour (not bitter, doesn't have a taste) and doesn't have an odour (slightly smells like flour). When I first opened it 2 months ago, it had solidified into some kind of thick whipped cream (probably age gelation). 5 minutes ago I gave it a stir and now it looks like this: 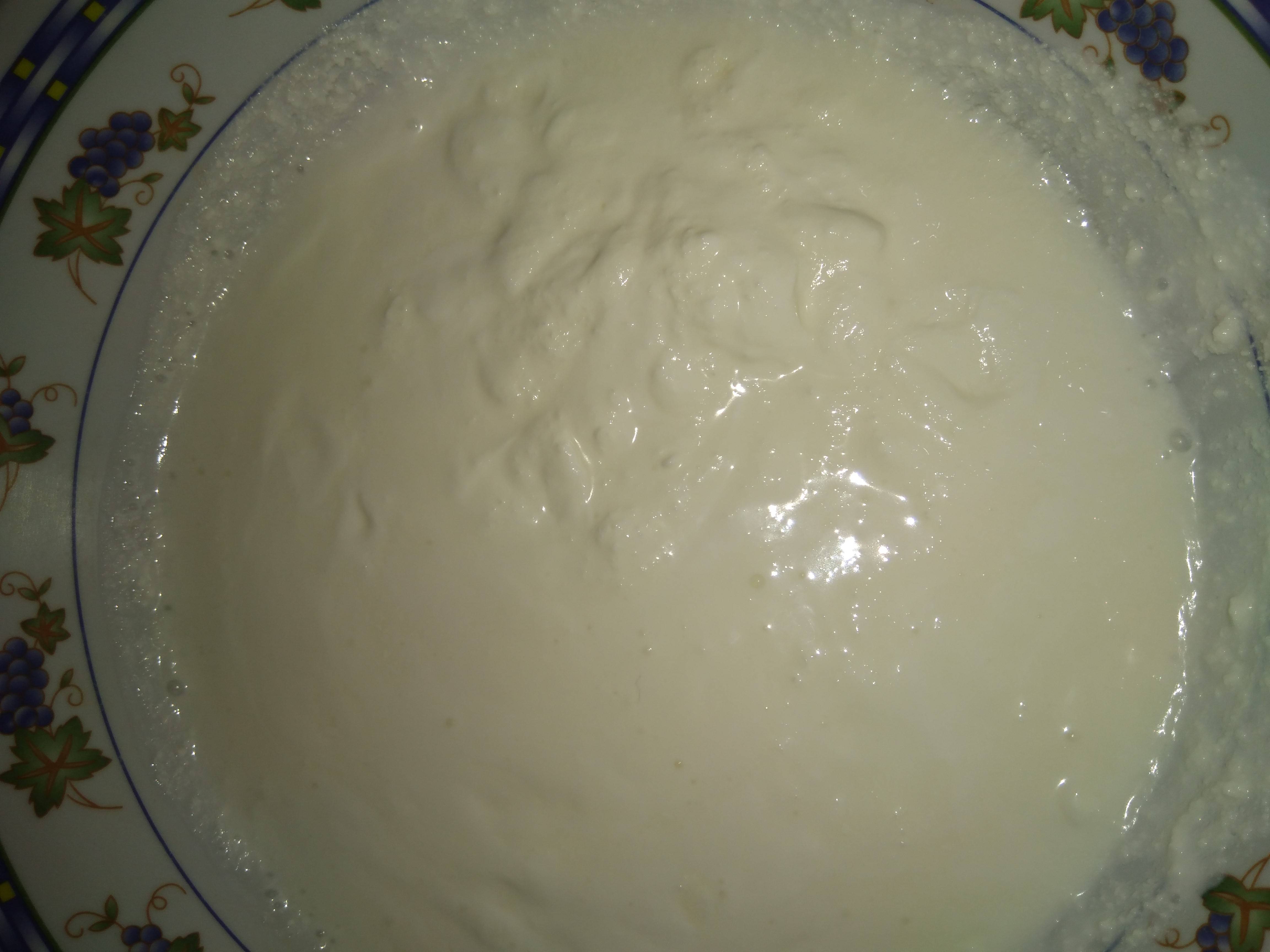 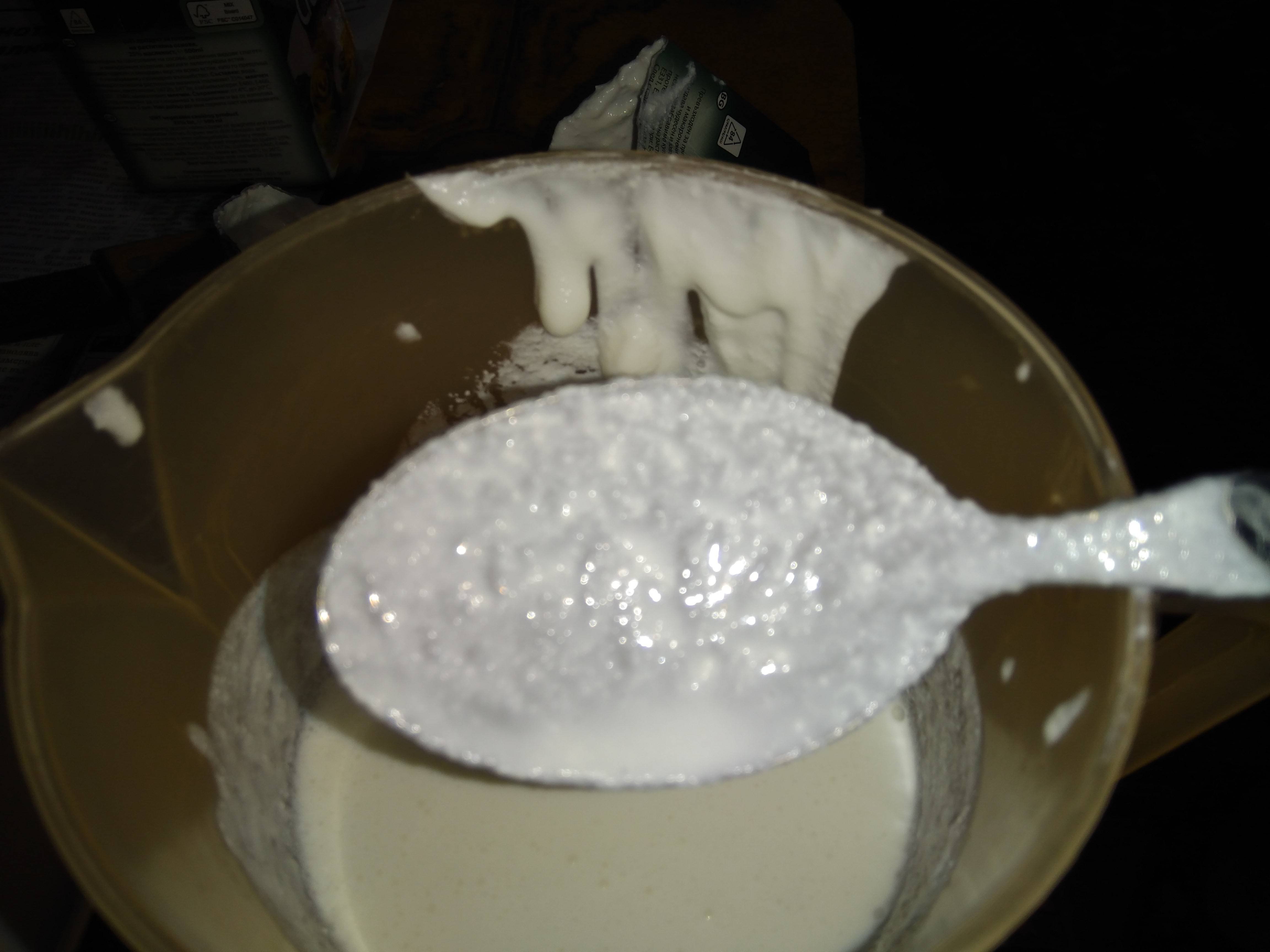 Typically cream that you buy from the supermarket is homogenized and stabilized so that the cream looks and behaves uniformly when you want to use it. If you get milk from a cow, the cream tends to separate from the water component and create a layer of fat (the cream) on top of the water (largely milk).

The reason it separates is that it is full of small lipo-spheres (think tiny ball-shaped droplets) of fat which are less dense than water, so they float and interact with each other to form larger balls which then from the top layer, kind of like when you shake a vinaigrette and the oil separates at the top over time. When you have homogenized cream, this doesn't happen because the lipo-spheres are even tinier and too small to interact effectively or even to float well.

Now you are probably wondering where I am going with this - well, what is happening in your frozen cream is that the water component (about 70% of cream) freezes and creates ice crystals and these crystals disrupt the tiny lipo-spheres allowing the fats to again interact and separate out from the water when defrosted. This is a bit patchy in how it happens so the cream appears clotted and looks funny as not all those tiny lipo-spheres are disrupted, so some remain in suspension and still won't interact effectively, while others come apart and form the clumps that you see.

If it was frozen while still cold from when you first opened it, then it should be fine to use, just give it a shake to break up the lumps as much as you can and then beat as you would normally.

As you indicate that there is no smell, this is probably fine to use (I know this advice is late for OP, but maybe it will help someone else later). If it had a smell, that was sour or "bad", then like always, I would advise not to use.

the butterfat can go rancid even if it's fully frozen

almost frozen is like almost sterile, so there's surely plenty of microorganisms doing their happy little lifecycles, albeit more slowly than at room temperature

it looks like it's gone more towards becoming crème fraîche, but since you didn't intentionally inoculate it, you have no reason to trust that it's not going to hurt you

high risk, no reward. you'd be smart toss it out

Not the answer you're looking for? Browse other questions tagged food-safety food-science storage-lifetime food-preservation cream or ask your own question.

21
Can heavy cream be frozen?
10
Does cooking wine go bad like regular wine?
5
What can I do to " fresh cream" to substitute "double cream"?
1
Why does canned food expire soon once the can is opened?
0
How can you thicken lactose free cream
2
Dented can of iced tea fizzed when opened
3
Why do frozen vegetables go bad more quickly after thawing than fresh cut ones?
1
Can lemon sodas go bad?
0
Can you freeze food with cream in it?