Prompted by Is it possible to cook bacon without melting as much fat? where I answered in an "English" way…

I've had crispy bacon - you can get it on pre-made sandwiches or in chilled packs in the cooked meat section in supermarkets, but bacon in the UK isn't normally served that way, it tends to be 'wetter', for want of a better term.
Smoked or not, back or belly, dry-cure or wet-brined, fried, grilled or even done in the oven [mass-catering-style] it still comes out "English". 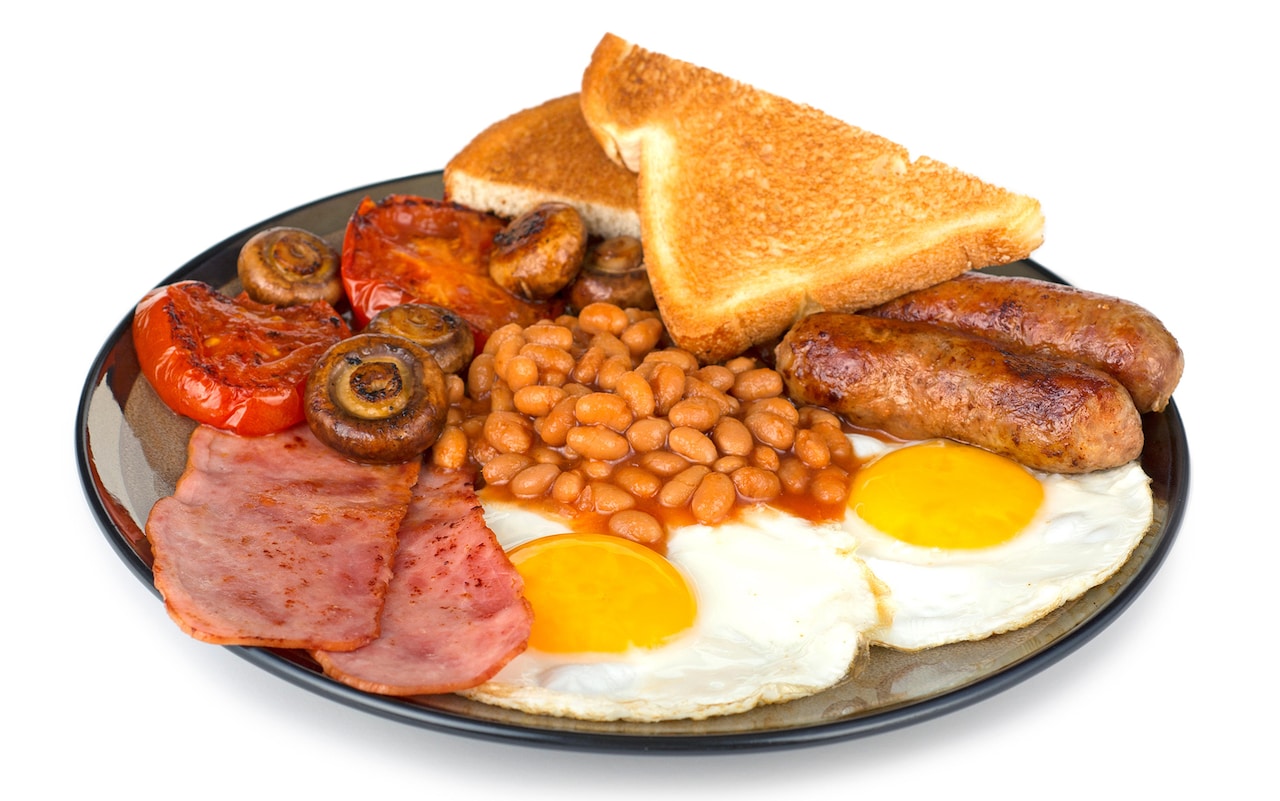 Credit: The Telegraph - The 15 most British foods ever 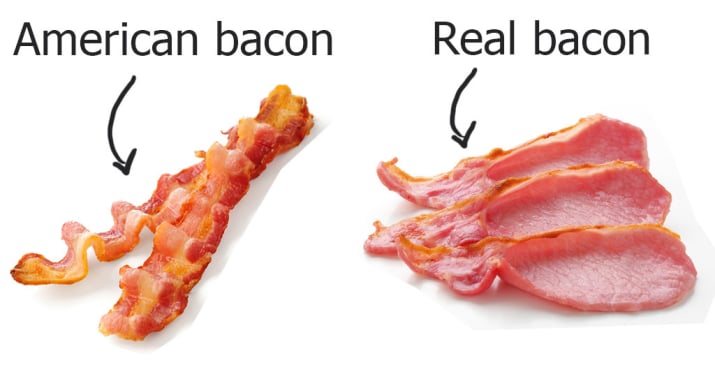 So, national pride aside, what's the difference?

I'm aware there's a cultural element, but does it come down to cooking method or curing method? Can I take my "English" bacon & cook it like "American" bacon, or do I have to look for a different 'type' altogether?

Note that I usually cook what in the UK is called streaky bacon - which looks like the same cut as "American" bacon - as opposed to back [as in the pictures of "English" above] but I still have never attained that complete crisp end result.
If I just keep cooking it until it's crispy, I don't get the same end product - I get 'over-cooked' [or in extremis, 'burnt'], but still recognisably "English".

Google for this seems useless - it serves up page after page of opinionated "which is best" with no facts at all.

Late Edit:
Prompted by a recent upvote for this question, I did recently discover that pancetta cooks similarly to American bacon. It still starts out looking very much like English 'streaky' but the slicing is thinner.
i'm beginning to wonder if that might be it - simply the thickness of the slice.

There are many things called bacon in many places, and all cook different. I will hit a few and hope I am mostly right, please feel free to edit where I may be speaking from mistake.

British Rashers is typically made from the loin with a bit of the side to belly still attached. This would be a meatier cut and tend to have more of the taste and texture of ham to those used to American style bacon.

Irish Bacon, from my limited exposure to it is similar to Rashers but tends to have more of the streaky belly included.

What I know as Bachelor or Cottage bacon is really more of a ham, made from the shoulder, cured, usually smoked and sliced thin and fried like streaky bacon but with far less fat and more of a ham taste unless a very high heat is used.

Canadian bacon in the US, or just Back Bacon to all Canadians I have known it the loin round, cured and smoked. Much more of a ham flavor than that of streaky bacon and mostly very lean. Typically a fairly firm cured product.

Pancetta and similar products I would personally call a ham, not bacon, but it is your choice how you choose to classify. I would never fry and serve like bacon though.

Jowl Bacon is common in Southern and Soul cooking in the US, if from the fatty jaws of large hogs and is typically used as a flavoring component in other dishes and to add fat and salt. It would typically be sold as slabs.

Old West Bacon as talked about in old western movies being cooked over the fire is not what most Americans would think of as bacon, it is more Salt Pork. Leaner than streaky bacon and heavily cured to allow for preservation without refrigeration and cooked as a main protein, not a side dish.

Streaky Bacon can me from side bacon or belly. In the US it will almost always be belly which will normally be more fatty than side. Commercial stuff is fast force cured and will often be from older hogs so very fatty. Home of custom butcher cured will often be from younger, leaner animals and therefore a higher percentage lean.

These are very different cuts of meat, and you are never going to get belly and loin to test the same, well at least not other than burning both to inedible. ;) Even within the types, curing, smoking, seasoning, and other ways of treating will result in different products. Was the belly cured with nitrates, nitrites, both, neither, not cured at all, smoked, etc.

Having cured my own, even with two slices off the same cure and belly, I learned though that heat makes a huge difference in flavor though. Higher heat with a searing pan or cast iron on a fatty piece of belly meat brings out what as an American I think of as bacon flavor, while lower, slower heat on that same piece is more of a cured ham flavor in my experience. If through I take a piece of Cottage bacon, cured the same way, to get close to that same bacon flavor, I need a pan at or very near smoke point and added fat or it will taste like ham to me.

They are 2 different cuts of meat; they cook differently.

Back bacon (UK type) contains a lot less fat in each slice so it does not crisps as much as Side bacon (US type) does.

If you cook it too much (UK bacon), you will dry out the meat before it becomes crispy.

Not the answer you're looking for? Browse other questions tagged bacon curing or ask your own question.

19
Fried gnocchi with spinach, bacon, cream sauce in a single pan
3
Is it possible to cook bacon without melting as much fat?