I was trying to separate the bone and chicken meat to make soup when all of a sudden I see these tiny kidney bean things.literally the same size and everything but it was inside the chicken. Which is a rotisserie style chicken from the store. What are they. I cut into them no weird stuff and im sure they are too small to be the chickens actual kidney. This chicken was way too big 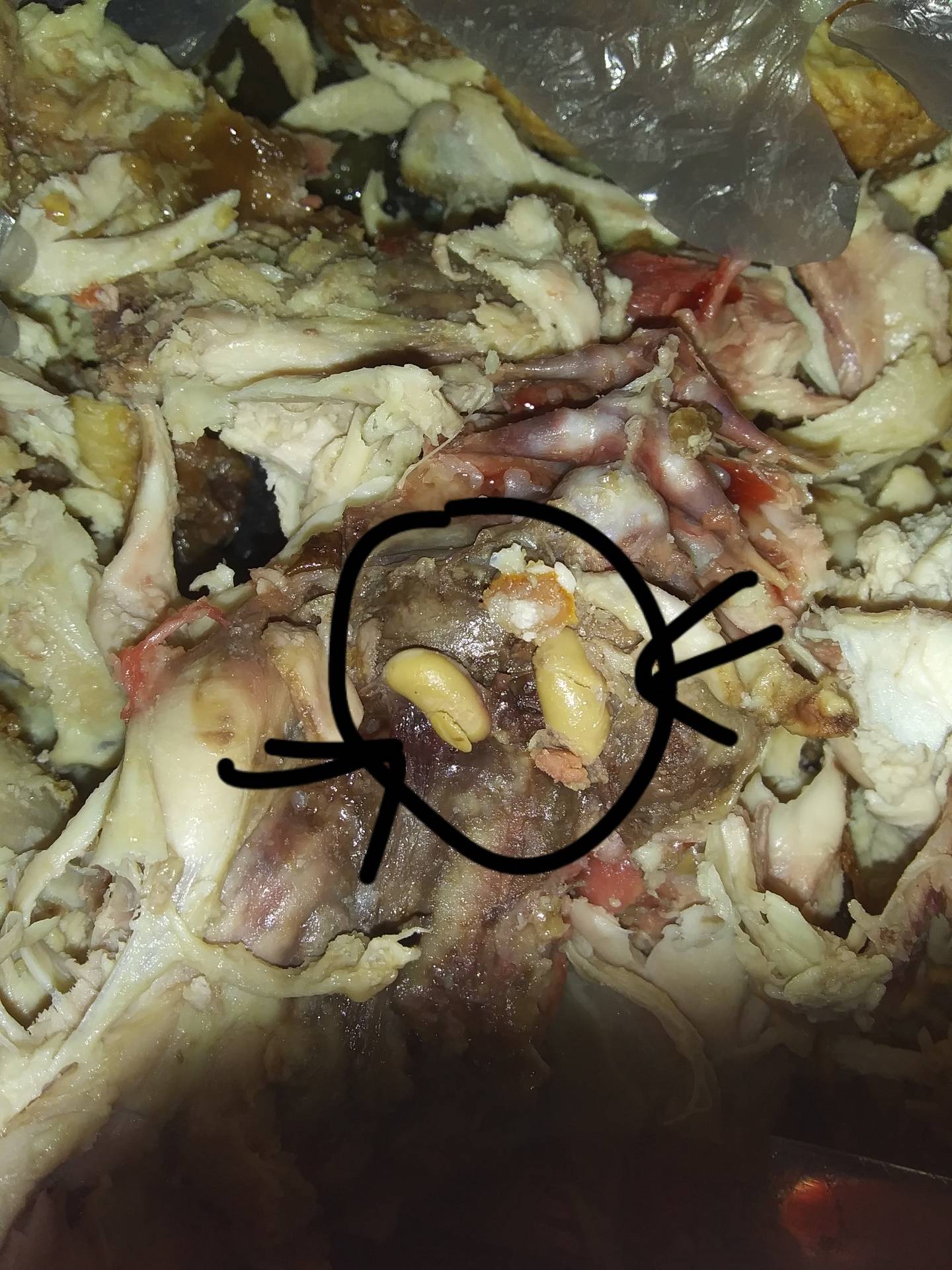 Your chicken was a rooster and what you found are his testicles. If you are not queasy, this forum entry gives you a picture and some more anatomical details.

While animal testicles are typically edible and often a speciality/delicacy, many westerners are not necessarily familiar with them, especially in animals as comparatively small as roosters. Asian (e.g. Chinese) cuisine knows various dishes based on chicken testicles, and there‘s also a Hungarian dish that’s basically a stew/goulash.

On the other hand, they have confused unwitting consumers as readily reported by the kind of media that favors sensationalism.

So don’t worry, you can simply eat them, if you want. Or get inspired by Heston Blumenthal’s Regency recipe for his Fairytale Feast.

Not the answer you're looking for? Browse other questions tagged chicken or ask your own question.

14
Trouble with Baked Chicken Wings
20
Unexplained Butterflied Roast Chicken Success
5
Why is my brining giving varied and usually poor results?
1
Should I press the chicken breast against the pan when I grill it?
1
Boiled chicken: coloured parts of the meat?
2
Chicken texture: Store Rotisserie v. Pressure Cooker
3
How do I make rotisserie chicken less moist?
1
How to gauge chicken breast doneness on grill pan?
2
Anything wrong with this chicken/can undercooked chicken be white inside?