How am I meant to use these trays that came with my oven?

A Turkish oven we recently purchased has no thermostat, but it did come with two metal trays. They are like (American) broiler trays but without a cooking rack.

I could believe that they are just broiler trays, but (1) there are two of them; (2) I believe I have seen people adjusting the position of these trays in similar ovens when making bread.

What are they for, and how can I learn to use them appropriately?

Picture of an oven with and without the aforementioned trays 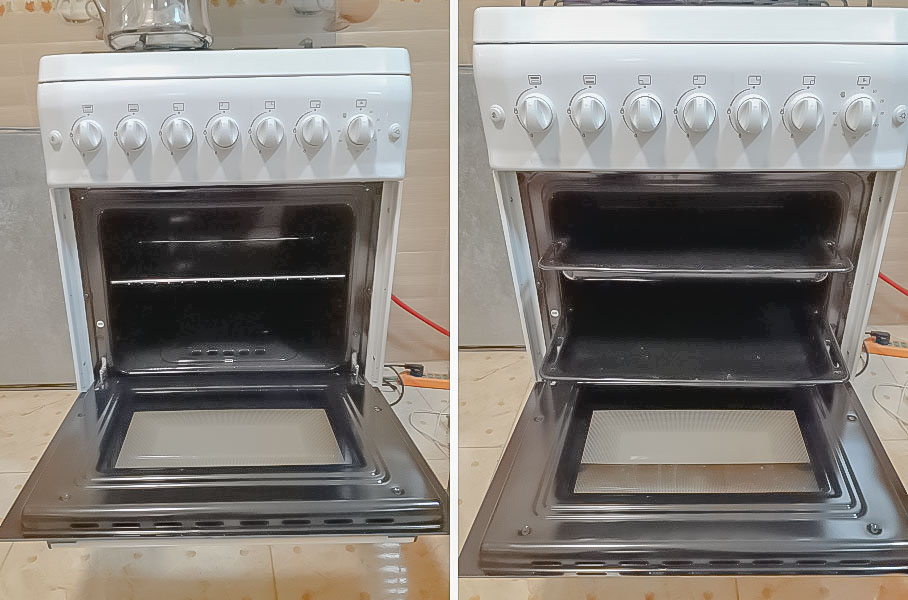 Unlike American ovens, some European ovens come with built-in baking trays. These are designed to slide in and out using the oven rails, and take the place of sheet pans that you would put on top of a rack in an American oven.

They're actually quite convenient, except that there's only two of them.

For example, if you watch this Spanish cookie video, you'll see that Albert is using one of those pans to bake cookies.

Not the answer you're looking for? Browse other questions tagged oven or ask your own question.

7
Are oven bags anything more than disposable dutch ovens?
4
What oven should I buy, which is appropriate for baking?
5
Which fuels (burning materials) can be used in a wood fired oven?
7
Baking in gas oven does not brown the top
3
Cook steak in oven with tray meant for deserts?
2
Oven timer functions in (likely) Admiral oven?
5
Is it safe to bake in an oven with melted plastic residue left?
3
Figuring out gas oven temperature numbered 1 through 7
6
Oven features required/desirable for baking bread at home
0
Is there any difference between US convection ovens to ovens used in other parts of the world