I have a recipe for Rum Balls that calls for "Fine Oats." I couldn't find anything at bulk barn so I ended up with "Scotch Oats" after talking to a rep. I've never eaten oats before so I'm not sure if I can eat these particular oats raw and if I should blend it to make it more powder-like (if that's what fine oats are).

You should be able to figure out pretty easily if you can eat your Scotch oats raw - just put some in your mouth. Is it hard as a rock, or soft enough to comfortably chew?

Anyway, Scotch oats, which may or may not be the same thing as Scottish oats (depending on the producer) are typically fairly roughly milled uncooked oat groats. If you got yours from Bulk Barn, it may look like this: 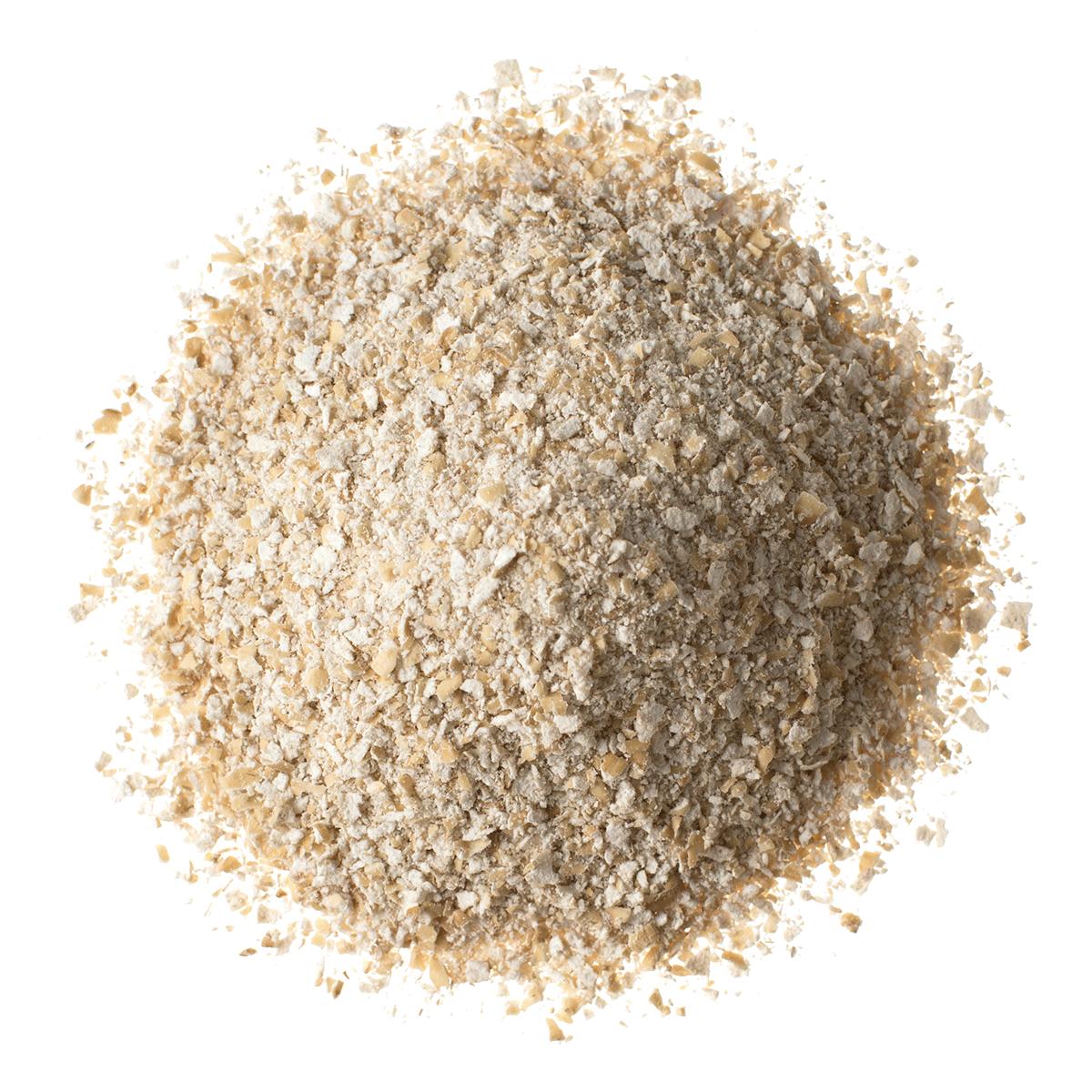 I had not heard of fine oats before - probably because they're typically marketed more as a nutritional supplement than a cooking ingredient.

According to The Protein Works,

Fine Oats are a low Glycaemic Index (GI) carbohydrate that are considered ideal for providing a slow sustained release of energy for an athletes...fine oats are easily added to protein shakes...many sports nutritionists use them in various recipes such as nutritious homemade bars or cakes.

Two things in that description make me think that Scotch oats won't be a perfect substitute. First, Scotch oats could probably not be added to a protein shake without being cooked first. Second, I don't believe oats are typically considered to have a low Glycemic Index value. The Mayo clinic lists them as a "Medium GI" food: Glycemic index diet: What's behind the claims

I don't know if something is done to fine oats to change their nutritional properties, or if this is just a disagreement about Glycemic Index labeling.

If you're not concerned about the Glycemic Index value of your rum balls (and it seems hard to imagine low GI rum balls), this doesn't matter. The only important thing is whether the texture of the Scotch oats be suitable. My sense is that they will be too firm to chew without cooking. Some rum ball recipes call for brief cooking, which may be enough to soften the Scotch oats. But if yours is a recipe that involves no cooking, and if you have the means, you may want to grind those oats more finely.

The only difference between the names of oats as far as I know is how much theyre processed from the same origional form. And by processed, i mean how small they are squashed/cut to change the length of cook time. Quick oats are basically blended steel cut oats.

Not the answer you're looking for? Browse other questions tagged substitutions raw oats or ask your own question.

20
Difference between old fashioned and quick oats?
13
What makes steel-cut oats different?
4
Can Rum-balls be made without alcohol?
2
Can I replace rolled oats with instant oats in a cookie recipe?
3
Replacing vanilla wafers in rum balls
4
Dust and stems in packaged oats
2
Recipe calls for rolled oats, I have old fashioned oats - can I substitute them in cookies?
4
Should I buy more expensive oats?
1
Quantity for over night oats
1
Is there such a thing as unsteamed rolled oats?