What do to with cans that you just dented?

I just dented ten cans, moderately. Would it be safe to put them straight into the refrigerator or do I have to remove the food from the can and store it some other way?

I had around 35 cans in one of my side bags on my bicycle. However, I leaned my bicycle against the wall and it fell. The end result was dented cans. What should I do? They still seem good. 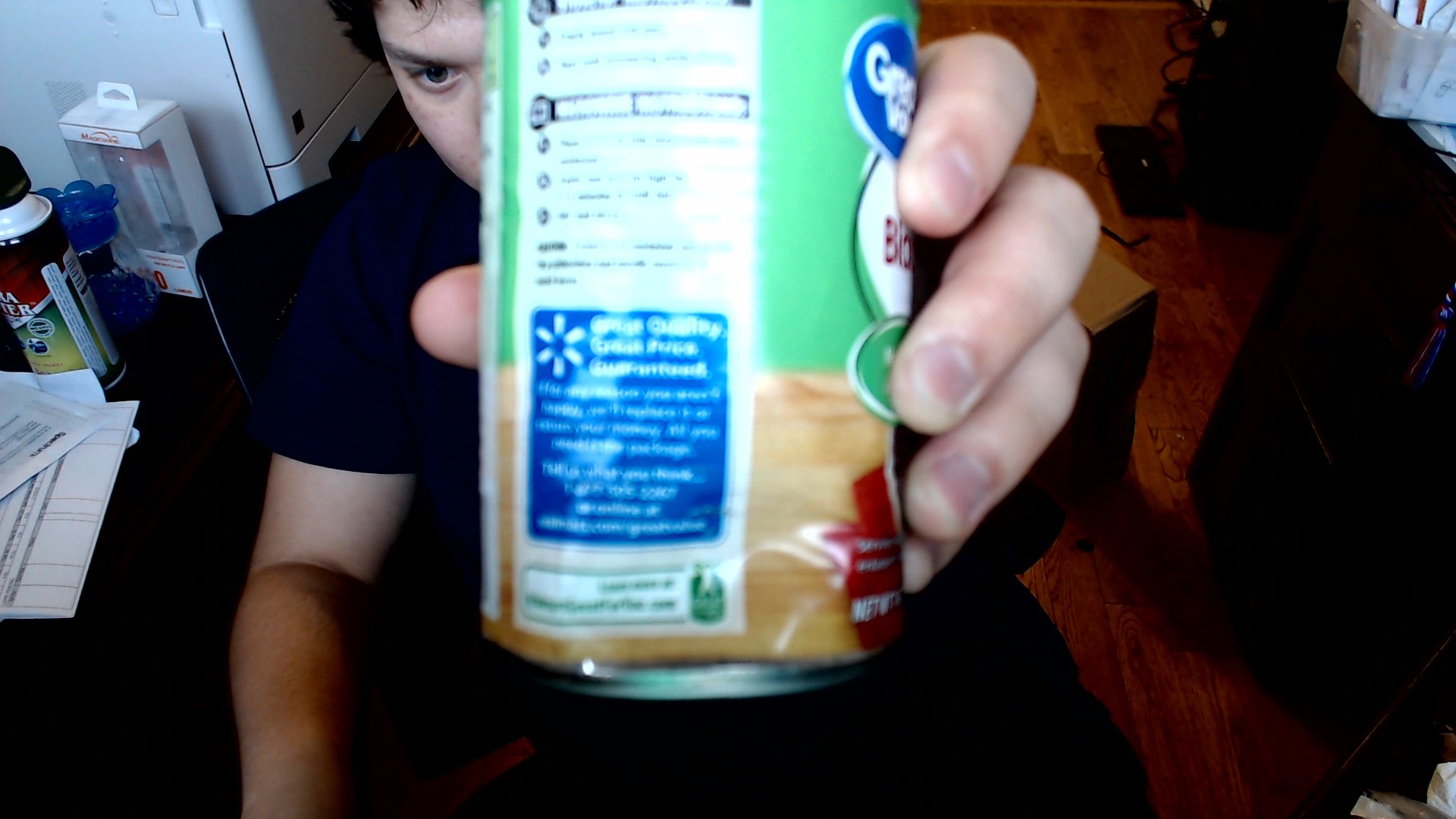 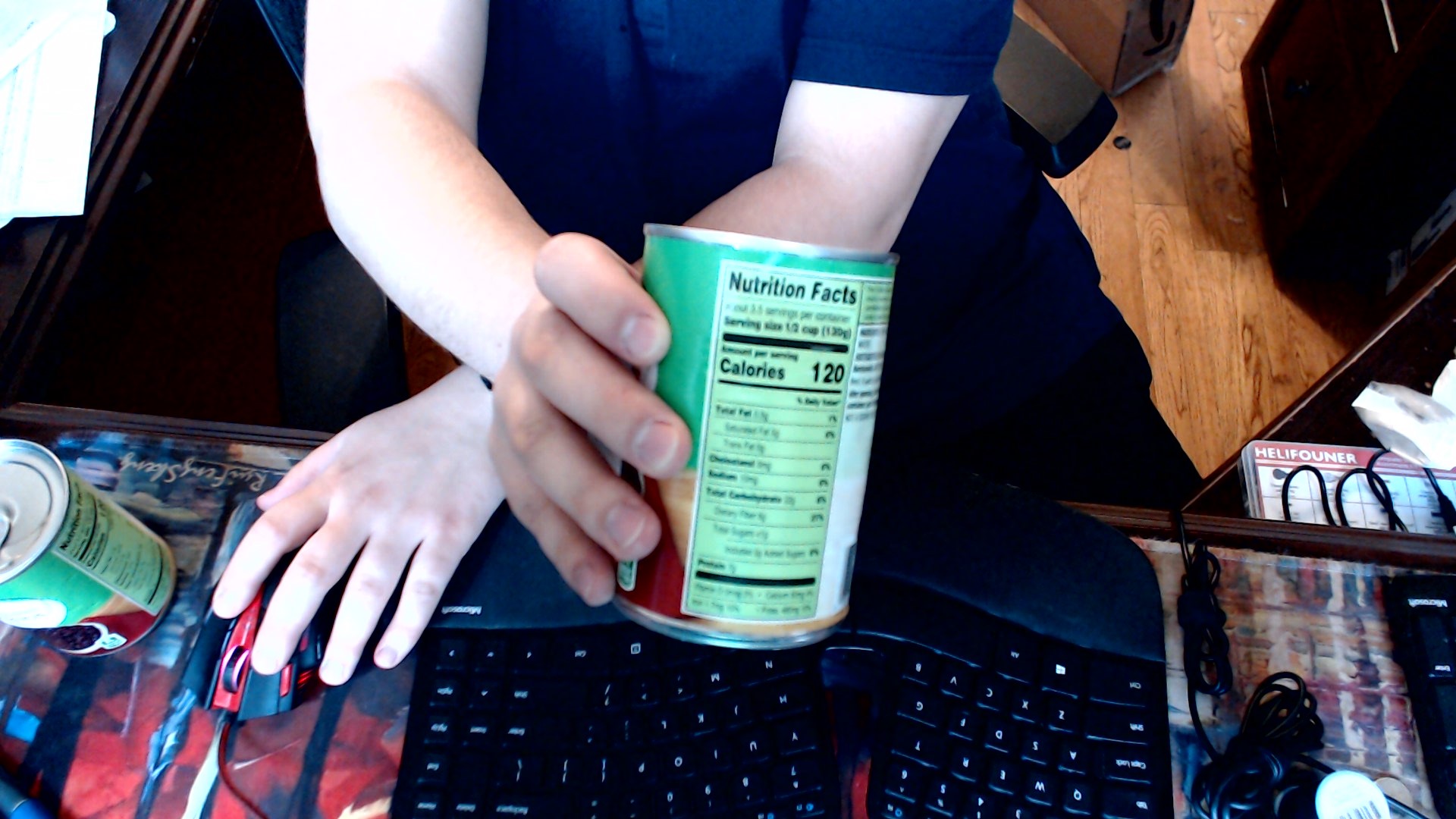 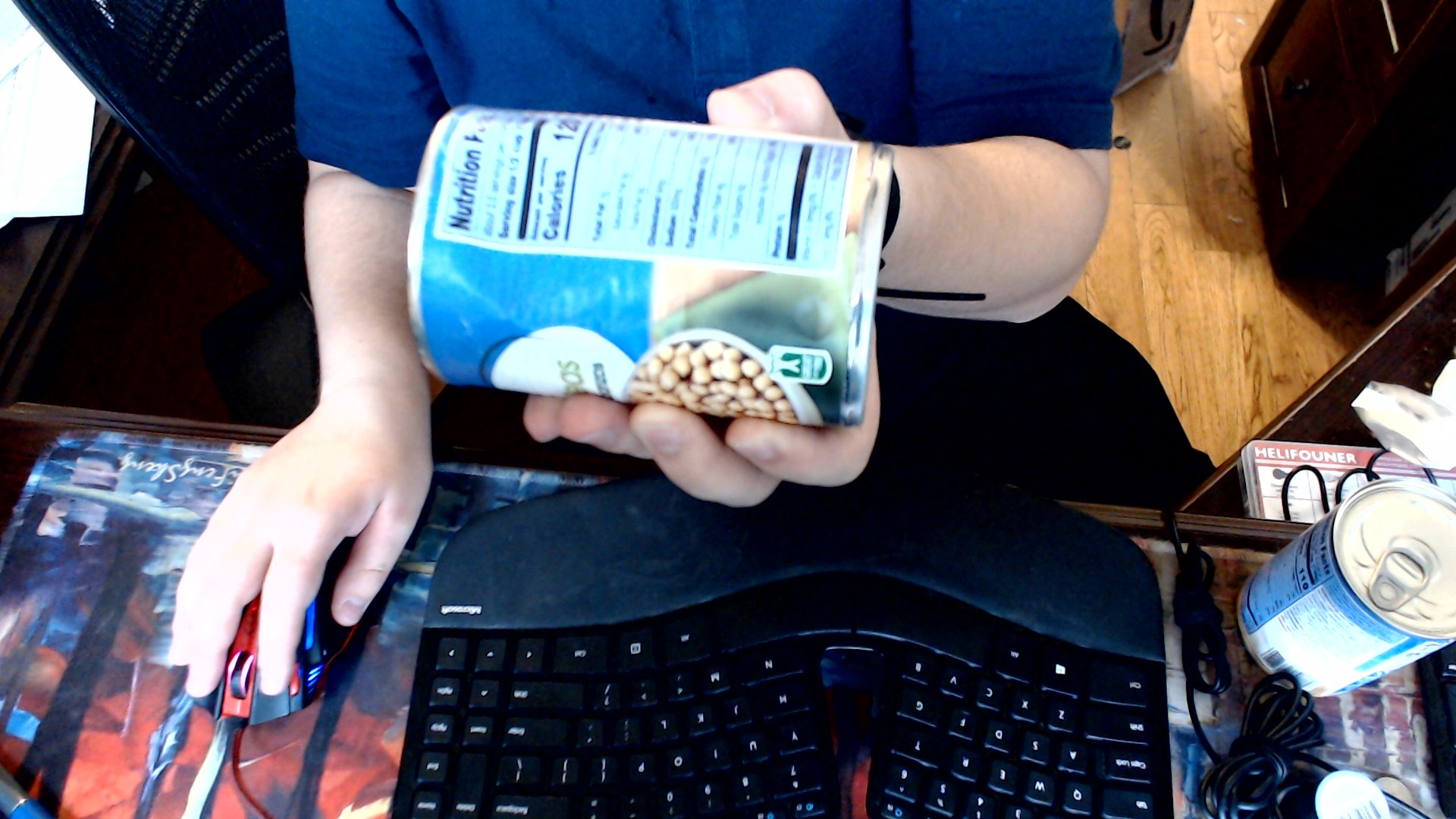 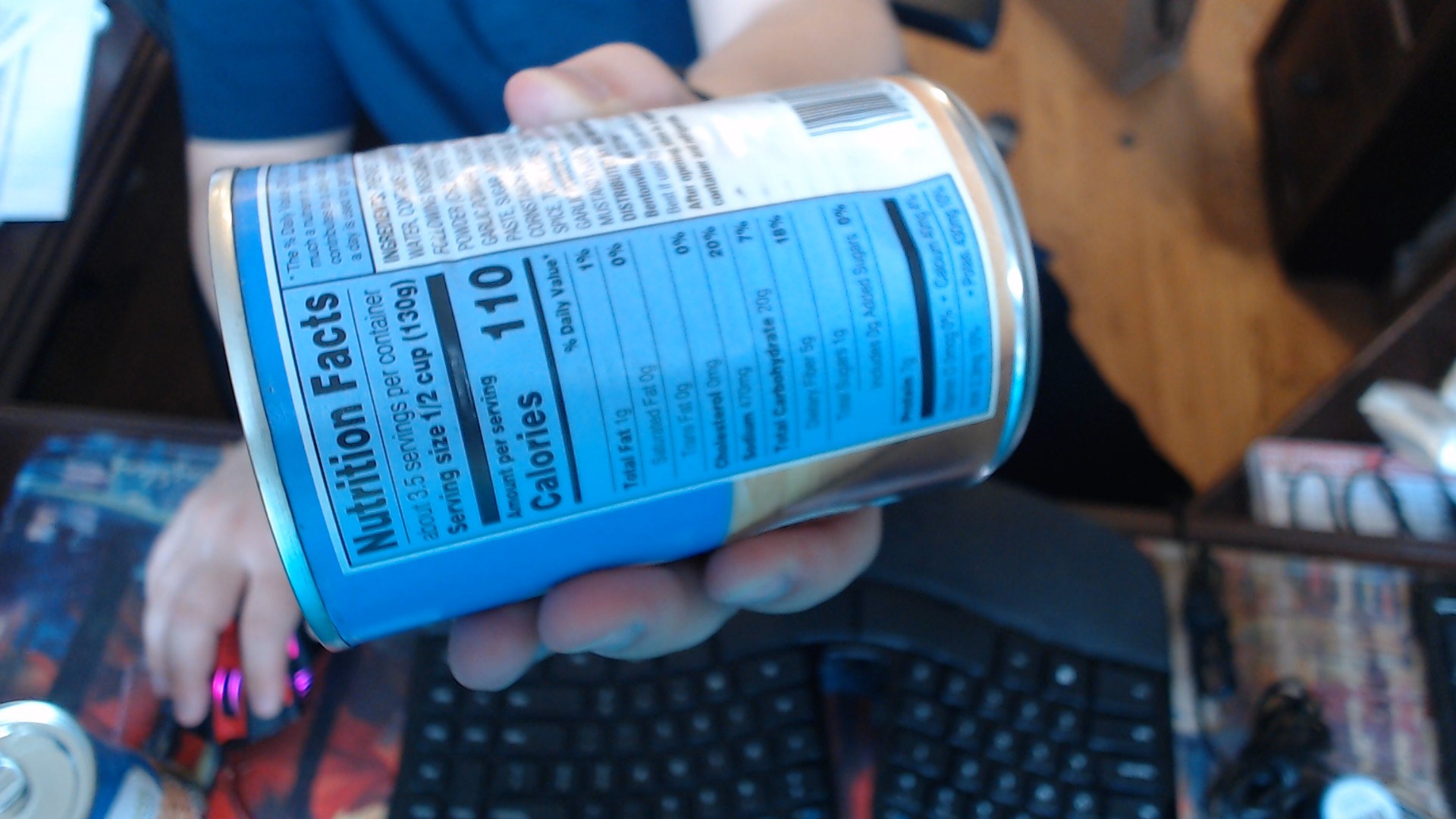 If you just damaged previously unharmed cans and they don’t show signs of leakage, the cans should be perfectly safe, even if you store them at room temperature.

The US Department of Agriculture Food Safety and Inspection Service writes:

So if you inspected the cans and found them ok, I would recommend you

Apart from that, I would probably check the inside of the can when open them, in case the inner lining was damaged and especially acidic foods (think canned tomatoes) caused oxidation or corrosion. I would probably discard them, not because of food safety issues, but because it may cause an unpleasant taste.

For cans with significant damage, the rules for opened cans apply: Don’t store the food in open cans, but empty the content in suitable containers and refrigerate.

Edit, as I had a dented can at hand:

Under normal circumstances, I would probably have left this can at the store. But thanks to the recent wave of panic buying, a family member decided a dented can was better than none.

You can see that the edge of the dent doesn’t affect the seams, so no problem with leakage, and no subsequent food safety issues: 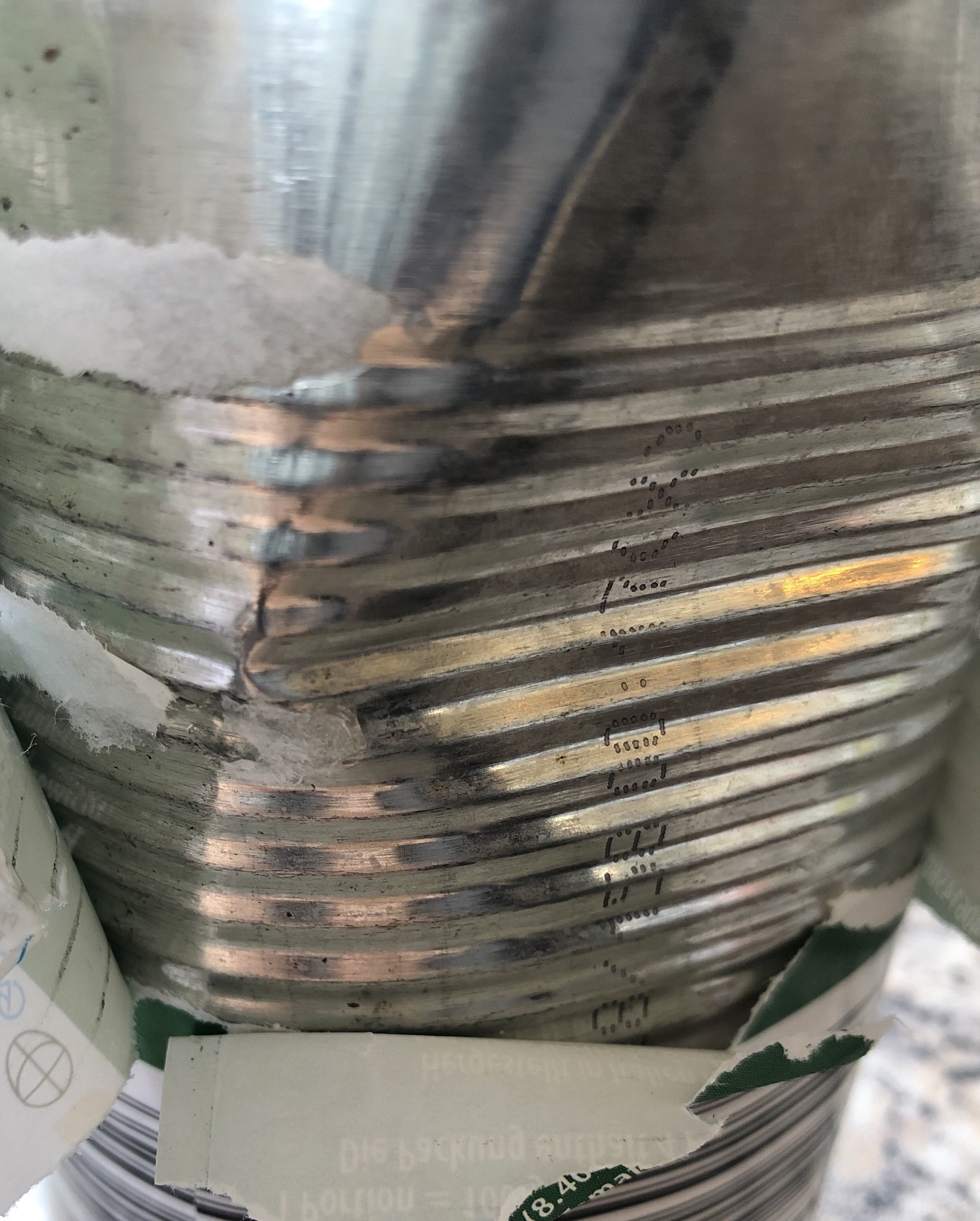 Also, the inner lining is intact, so no risk of the acidic content (tomatoes, in this case) corroding the metal. No problem either: 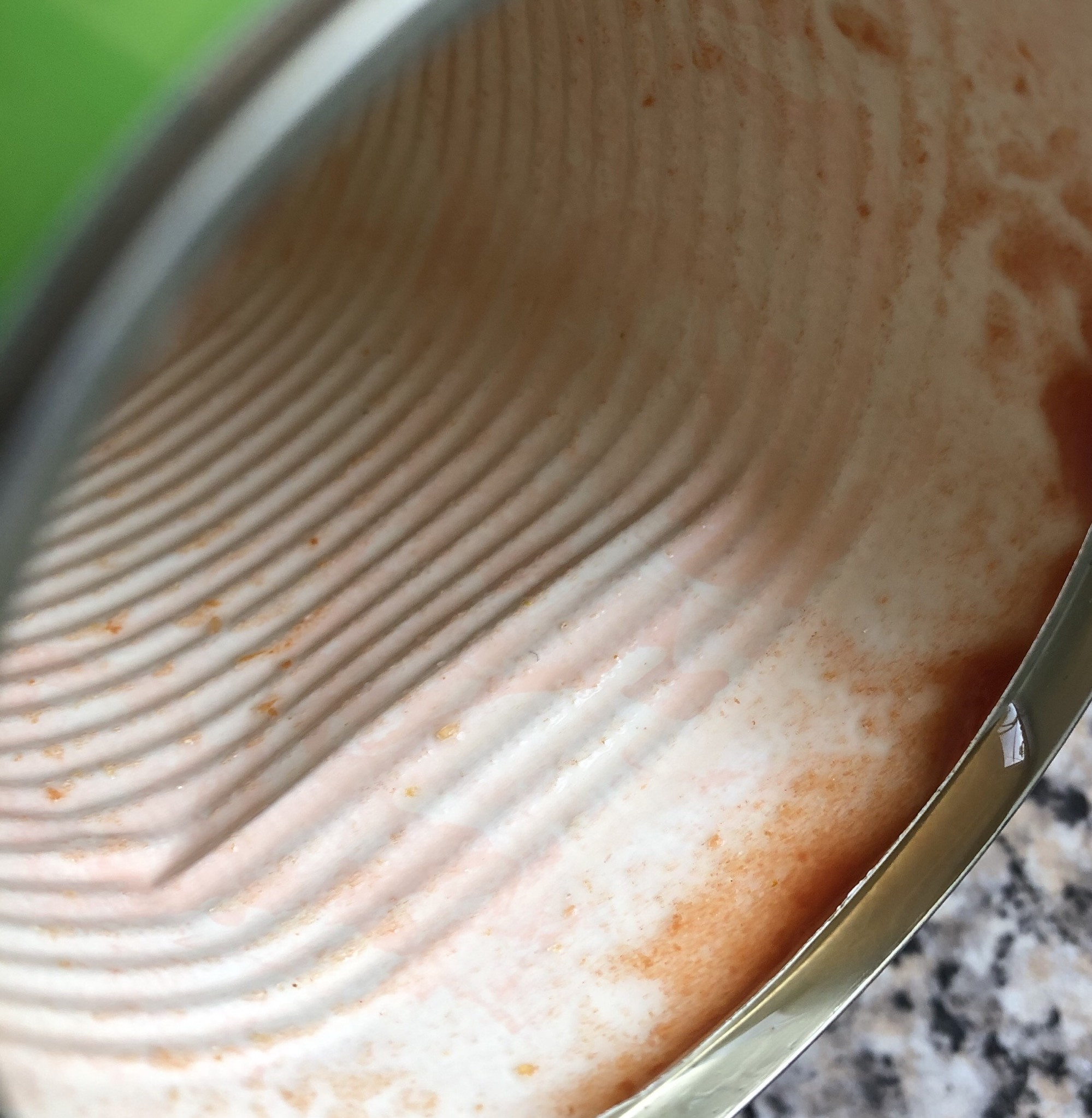 Still, this was the can I decided to pull first from the pantry, only a week or so after it was bought. I don’t know when the damage happened, though. If I had noticed anything beyond a shape change, I would have discarded the whole can and used another.

20
Is it ok to store open cans in the fridge?
3
safety of "tin" cans dented in shipping

8
Is it best to just cook with the oil that has the highest smoking point?
6
Garlic Overflow — Why won't my olive oil stay in its jug?
3
Why is it so rare in the US to get kidney bean poisoning?
6
Cooking kidney beans that just started to sprout a little
7
How can I know if it's worth cooking a Very Old (10 Years) Chili Bean Mixture Containing Red Kidney Beans?
3
safety of "tin" cans dented in shipping
2
Just found this in my donner kebab, can you identify what it is?
9
Can of chicken left in hot car - okay or trash
2
Is this layer on top of my fermented peppers mold? If it is not, is it still safe to eat?