What is this cast iron skillet used for?

I picked up some cast iron cookware from a thrift store. However, there is one piece I am not quite sure what its for. I think its for eggs - or rather a single egg... However, its very shallow compared to the tiny skillets I have seen. Its 5 inches in diameter and .5 inch tall. Is there a specific purpose for it? Its pictured below with a dime to give perspective on height. 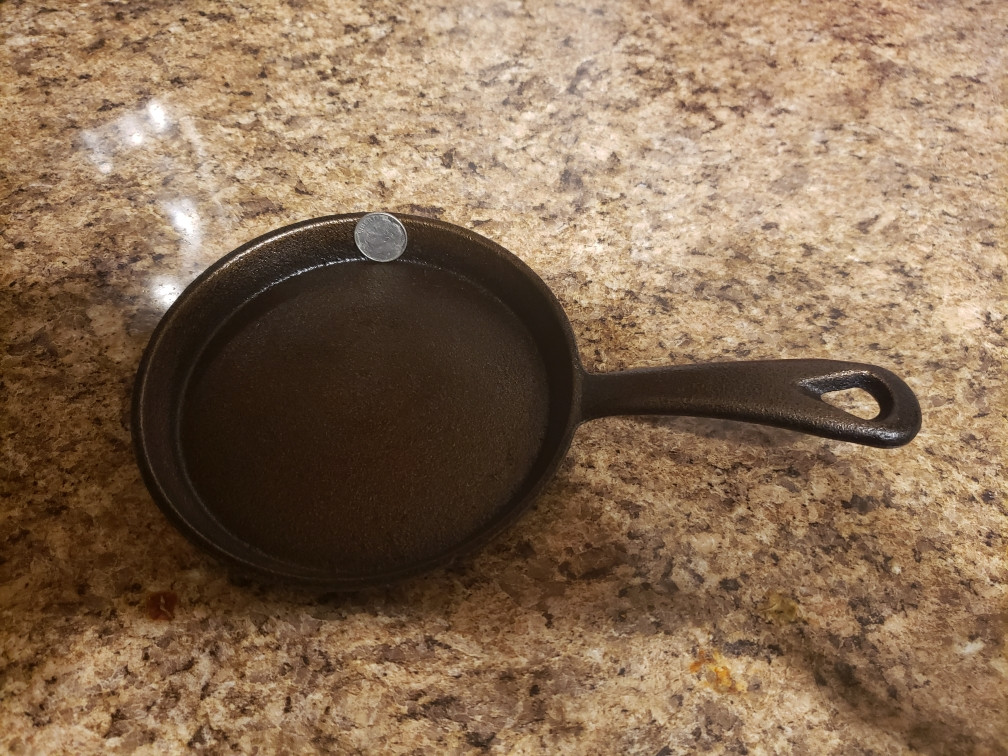 I have seen this kind of skillets in packets with ingredients. Both for brownies and for mini pizza's. Mix the ingredients as per the instructions, put in the little skillet and put in the oven.

It might be a bit big for the 'cook on the table' sets, but it might fit for that.

You can use them for whatever is small enough to fit in and on each kind of heat source that is not going to spill the heat around rather than under them. They do very well in an oven but, being iron, not in a micro wave.

A US based friend told me that around where he lives, this kind of small skillet are used for single eggs, meat patties or two egg omelets.

(I am not sure how widely the 'cook on the table' sets have spread in the world, if they are not known where you are, it is very unlikely to be one. The sets have a heated surface and you cook your food on the table in small pans on that surface, often with a griddle plate as part of the set for grilling meat and other things. I could not find an English name, in Dutch they are known as 'gourmet stel' and the kind of cooking as 'gourmetten' -to gourmet-.)

Every year these skillets come with the individual chocolate chip cookie mixes (and individual brownie, cake, etc) that you can get in the gift aisle at Christmas. They're usually considered food gifts. If you go to Amazon and put in the phrase "skillet cookie kit" you can see a wide range of them.

I don't think that this is the official use, if there is one, but I use this tiny skillet at home to melt together butter/oil and garlic before putting into the rest of my food, like pasta.

I use it for a coaster or spoon rest.

Not the answer you're looking for? Browse other questions tagged cast-iron skillet or ask your own question.