Bagels: Flat, no rise, gummy inside. Over kneading?

Edit: thanks for all the advice! I worked these half as much, and made sure to let them cool. Great, round results!! 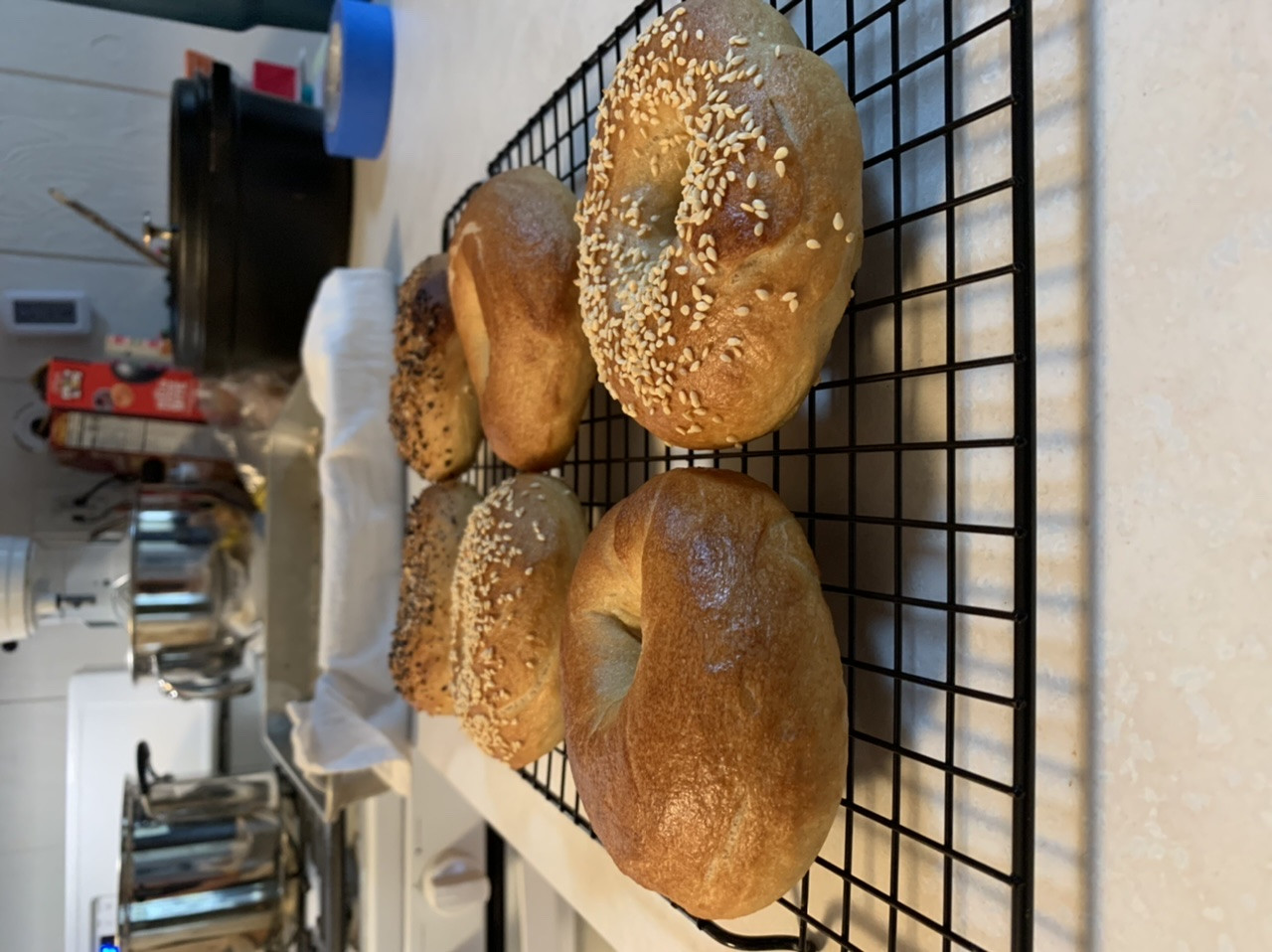 My first try I used AP flour and honey (both in the dough and the poaching liquid). Resulted in bready bagels that didn't have any of that chew on the inside, or the outside.

Second, I switched to diastatic malt powder on the dough, and bread flour instead of AP. I also increased the cooking time to 12 minutes per rotation (because after 8 and 8 they weren't golden brown).

The second resulted in almost crispy outsides (probably a little long in the oven, and the use of a dark pan, causing this), but gummy insides, and flat bagels. There was almost no rise at all, and cutting them resulted in most of the insides ending up on the knife.

Is this a proofing issue? Are the bagels not being allowed to come up to temp long enough outside of the fridge (they are passing the float test after 60 minutes)? Am I over-working the bagels (I'm doing 3 minutes per round, with a 5 minute break in the middle, on a pro series kitchenaid stand mixer with the dough hook).

Which step results in an underbaked-tasting gummy inside? What do I need to do to get a more tender (albeit chewy) interior and a good rise?

Attaching three photos. You can see the lack of rise in two of them (flat bagels, and holes that don't seem like they closed up very much). You can also see the knife in the background, with the gummy insides all over it. Last one is the dark bottom (again, I think this is pan related). 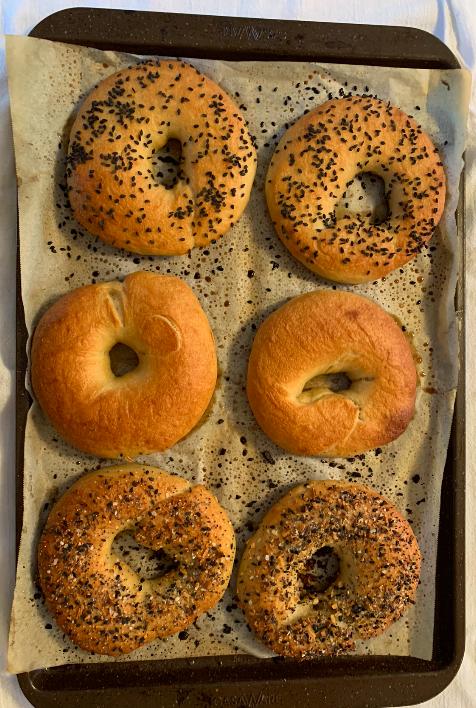 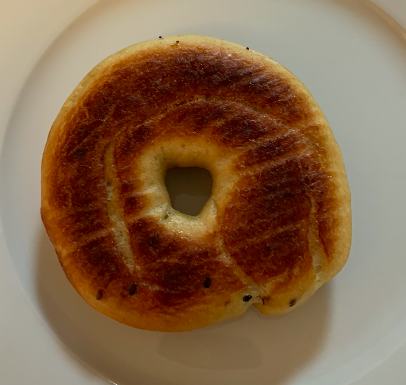 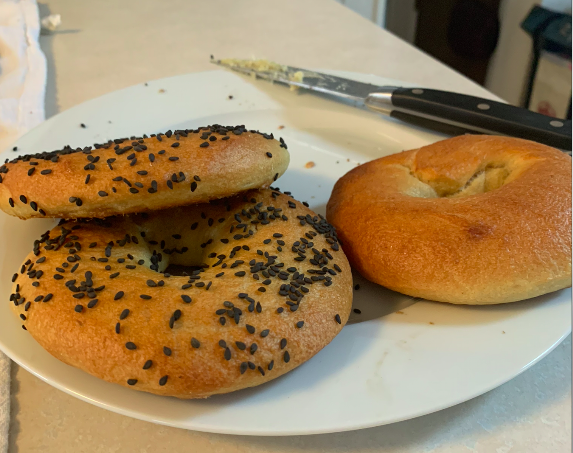 It is essential to allow the bagels to cool completely before slicing. The recipe says at least 30 minutes, but my experience suggests longer might be needed: if you slice too early you'll get a gummy inside, since it's still saturated with water vapour, rather than the chewy texture you want.

I would suggest you knead them less if you are using a higher gluten flour.

2
New bread maker asks: how to make a bread loaf stay 'firm and solid' without a loaf pan?
7
Why is my bread falling flat?
7
How do different techniques impact sourdough bread?
5
Why do my snickerdoodles always come out flat?
1
My dough won't rise the second time
8
Bagel Failure - what happened?
2
how to get maximum amount of rise for shaped pizza
0
Does bread flour (vs AP flour) make a big difference in the density of the dough?
19
Why did my bagels flatten?
4
Bread dough flattens during final proof & almost no oven spring