What is the name of the flavor of wasabi, horseradish, mustard, capers, and jalapeño?

Disclaimer: While looking for related questions, I found out that I have not tried real wasabi. But I chose to include wasabi because 'fake wasabi' is based on horseradish, which I assume means that they taste similar.

Related questions that ask for substitutes:

Mustard, horseradish and a few others are sometimes grouped together as "pungent", which can also include aliums, ginger, and other strong flavors.

But it's a pretty fuzzy category. Some people might not include hot peppers (but still include other types of "pepper"). Some might include other objectionable flavors that can overwhelm a dish if not used sparingly (so for me, cilantro, for you, capers).

That is probably the ally isothiocyanate. Other veggies that have isothiocyanates include cabbage, bok choy, and kale. It doesn't stand up to heat in powdered flavors very well, usually degrades at the temperatures I've spray dried (roughly 200 C) at and becomes more of a fermented note than a spicy note.

There has been some doubt about the grouping of the given ingredients. Some comments and answers have inspired me to look into different plant families and chemical compounds, which has been an interesting discovery. Unfortunately, I didn't find the answers to be sufficiently self-contained so I felt a need to compile my findings in an answer. But I would like to thank everyone who helped me understand this grouping: Thank you!

Now, I want to start with making it clear that I was asking for the flavor and not the heat.

Stephie linked to an answer for another question that asked for heat and not flavor but the category for mustard and horseradish led to glucosinolates:

Mustard and horseradish (and to a lesser extent radishes, cress and other plants) contain glucosinolates, which we percieve as pungent, sharp or hot. An extreme example for glucosinolate-hotness is wasabi.

Looking into glucosinolates, we see that the flavor of it is caused by mustard oils, which contain allyl isothiocyanate as mentioned by Eugene Welker.

Now, this explains the compound that groups mustard, horseradish, and wasabi, but not yet for capers and jalapeños.

Capers are in the family capparaceae and are in the order brassicales:

The Capparaceae (or Capparidaceae), commonly known as the caper family, are a family of plants in the order Brassicales.

Capers are in the same family as mustard and contain glucosinolate.

The Capparaceae have long been considered closely related to and have often been included in the Brassicaceae, the mustard family (APG, 1998), in part because both groups produce glucosinolate (mustard oil) compounds. 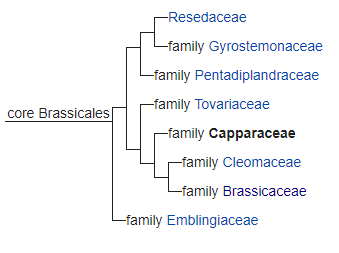 I can't find any sources that says that jalapeños contains glucosinolate (isothiocyanate). Maybe I'm wrong on this? It's just peculiar because I found the taste to be specific to jalapeños and no other chilis.

Addressing Joe's answer, the group being pungent is maybe incorrect but definitely too vague because it covers other things like curry. I'm writing maybe because pungency is mostly associated with having heat but different definitions are a bit contradictory.

However, I found the terminology section to be an interesting read: terminology on pungency.

Checking the definition of pungency by Merriam Webster, we get

but capers don't have an intense flavor to be compared with sharply painful or a chili. 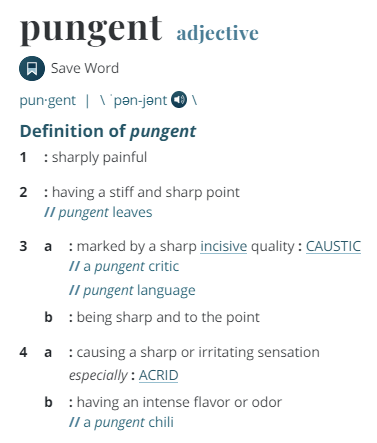 Not the answer you're looking for? Browse other questions tagged substitutions flavor spices language or ask your own question.

19
Other 'hot' spices
8
Allergic to the whole pepper family - what can I use in its place?
15
How much of "wasabi" is actually wasabi in the United States?
2
How can I approximate wasabi taste?
4
How can I maximize Wasabi flavor?
2
Substitute for horseradish?
2
Mustard substitute
1
Is horseradish and Wasabi the same thing?

16
What are the differences between various types of paprika, and which have the most flavor?
9
How do you coat almonds in wasabi and keep it spicy and crunchy? (my wasabi paradox)
4
How can I maximize Wasabi flavor?
2
Flavor and Chemical Composition of Thyme
3
Is it possible to make evaporated milk using powdered milk?
3
Flavor difference between marzipan and persipan
2
Substitute for horseradish?
1
Substituting birds eye chilli with carolina reaper
5
Is "parboiling" chicken stupid (or wasteful)?