Is this okay or moldy? Sourdough starter question 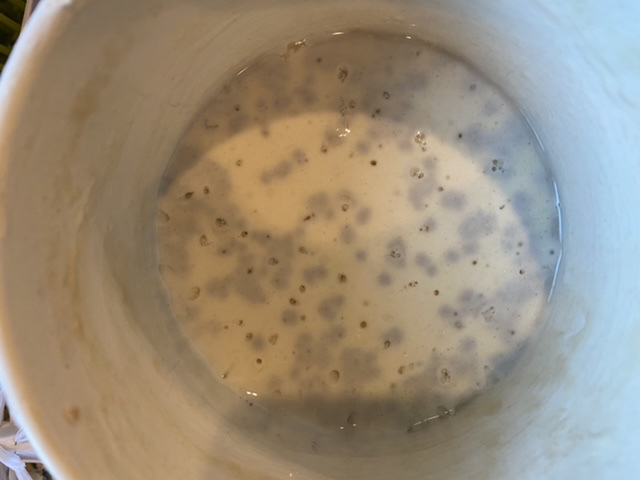 This was modestly active starter that I put in the fridge last week since I slowed my baking routine. Took it out today, a week later, to feed and saw this. Is it mold or normal variant? It’s ap flour fed 1x per week in the fridge. Stored in a dedicated starter crock I got from KAF.

Update:
Looks like this died but in any case I re-fed and looks great. So I baked a loaf which turned out perfect. Now...should I eat it? Anyway thanks guys. 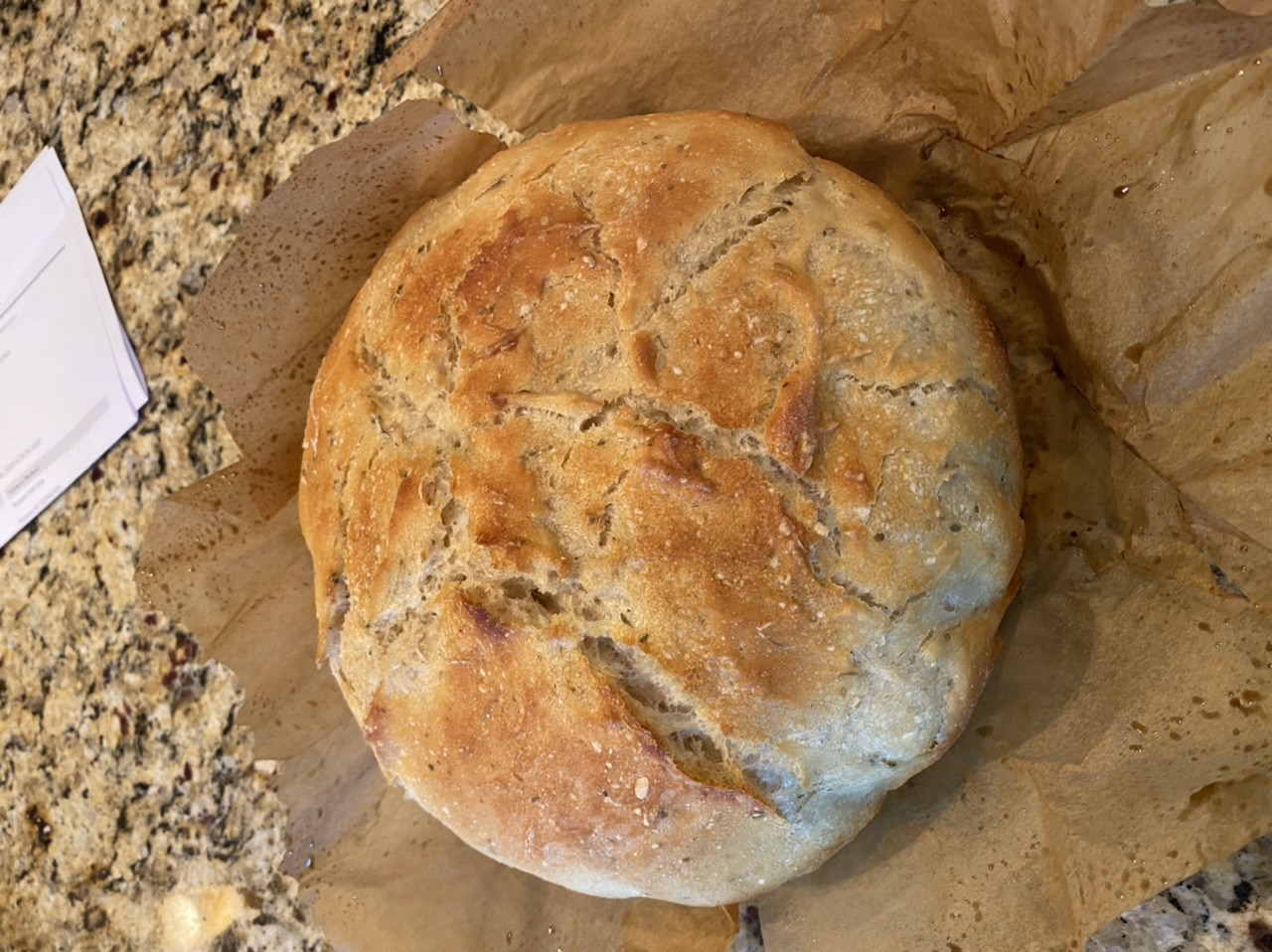 It sure looks weird - but with just a blurry photo we’re mostly in the guessing territory. In the other hand, sourdough can look strange after a while in the fridge.

Activity means that you have at least a good amount of active yeast and the vinegary smell indicates lactobacillae, both indicators of a good starter. In a stable sourdough, the combination of the two will keep mold at bay by outgrowing any unwelcome bacteria or fungi and by creating an inhospitable environment due to the acidity.

Whether a sourdough starter that has developed mold spots needs to be discarded is a widely discussed topic - some count on the desired microorganisms’ power to outcompete the mold, especially if the obviously moldy parts are scooped off, others assume that the mold may grow alongside them.

In short:
We can’t say whether your started had mold or just some hooch (the latter perfectly harmless) and so can only give you the general ideas and concepts to help you make an informed decision.

On a very personal note (and this is by no means a recommendation or statement about food safety!), I would interpret the pattern as hooch and the grey patches as the beginning discoloration that often happens with a starter that has been stored for a while in the fridge. I see no fuzziness and no “weird” discoloration apart from the brown-grey of dark dough. But on the other hand, creating a new starter takes only a short while. Hint: Many bakers have a “backup” of their favorite starter for cases like this.

Not the answer you're looking for? Browse other questions tagged sourdough starter or ask your own question.