Is cheese or pasta a good source of protein?

I am eating "Wheels & Cheese": 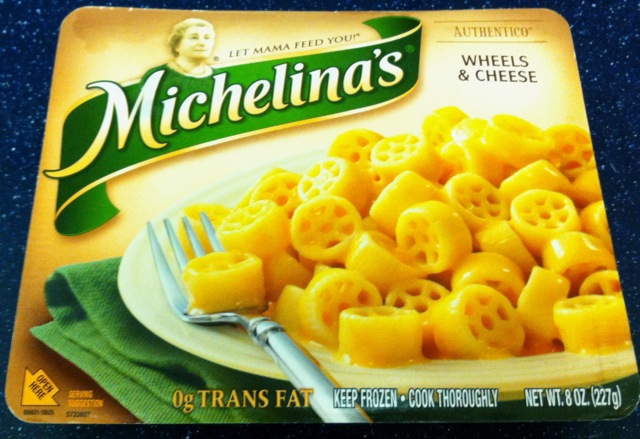 As you can see, there's literally nothing but cheese and pasta here. The nutrition facts on the back says that there's 11g of protein in it. I've never heard of cheese or pasta being a good source of protein.

Where does the protein come from?

Both contain protein. The amount varies by the type for cheese, although it appears to be about 20% - 35%. All dairy contains protein. There may also be milk or cream in the sauce, which would also be a contributing ingredient.

Pasta also contains protein, but less than cheese. The amount depends on the type of flour used. It will also increase if egg is used in the pasta. If you look at Barilla, their normal penne has about 7g of protein in a 56g serving, or 12.5%.

Looking at the ingredients, there appears to be a couple of different types of cheese in the pasta as well as milk and cream. They would all contribute protein.

Beef is about 29% protein. So dairy is on par or better than meat as a protein source, but pasta falls well short of it.

If you'd study nutrition, you'd know that yes, Cheese, eggs and milk are all good sources of protein. Anyone who says otherwise, needs to to some actual research (I have a college culinary certificate and had to study nutrition as part of my course work).

Not the answer you're looking for? Browse other questions tagged cheese pasta nutrient-composition or ask your own question.

3
nutrition facts: what does “as packaged” mean?
3
Brined cheese behaves almost as if carbonated
2
Is there pattern to stack lasagna?
23
Are there any calories in roasted coffee beans? Why is black coffee 0 kcal?
2
Cheese making, acidic whey, denatured protein
2
How to add creamy taste and consistency to pasta dish with cheese?
7
How is bean pasta so protein-rich?
6
Avoiding clumps in cacio e pepe?
1
Unmeltable cheese
0
Are these Indonesian milk products cheese, yogurt, or curd?