With which of these 9 cheap dull knives ought you practice sharpening on Shapton Glass Stone 1000 Grit 5mm?

My grandpa needs to practice how to sharpen knives with his Shapton Glass Stone 1000 Grit 5mm. So he compiled these 9 dull, but cheap and fully expendable, knives. Which ought he practice on? Please don't hesitate to pick more than one, and rank them in order. 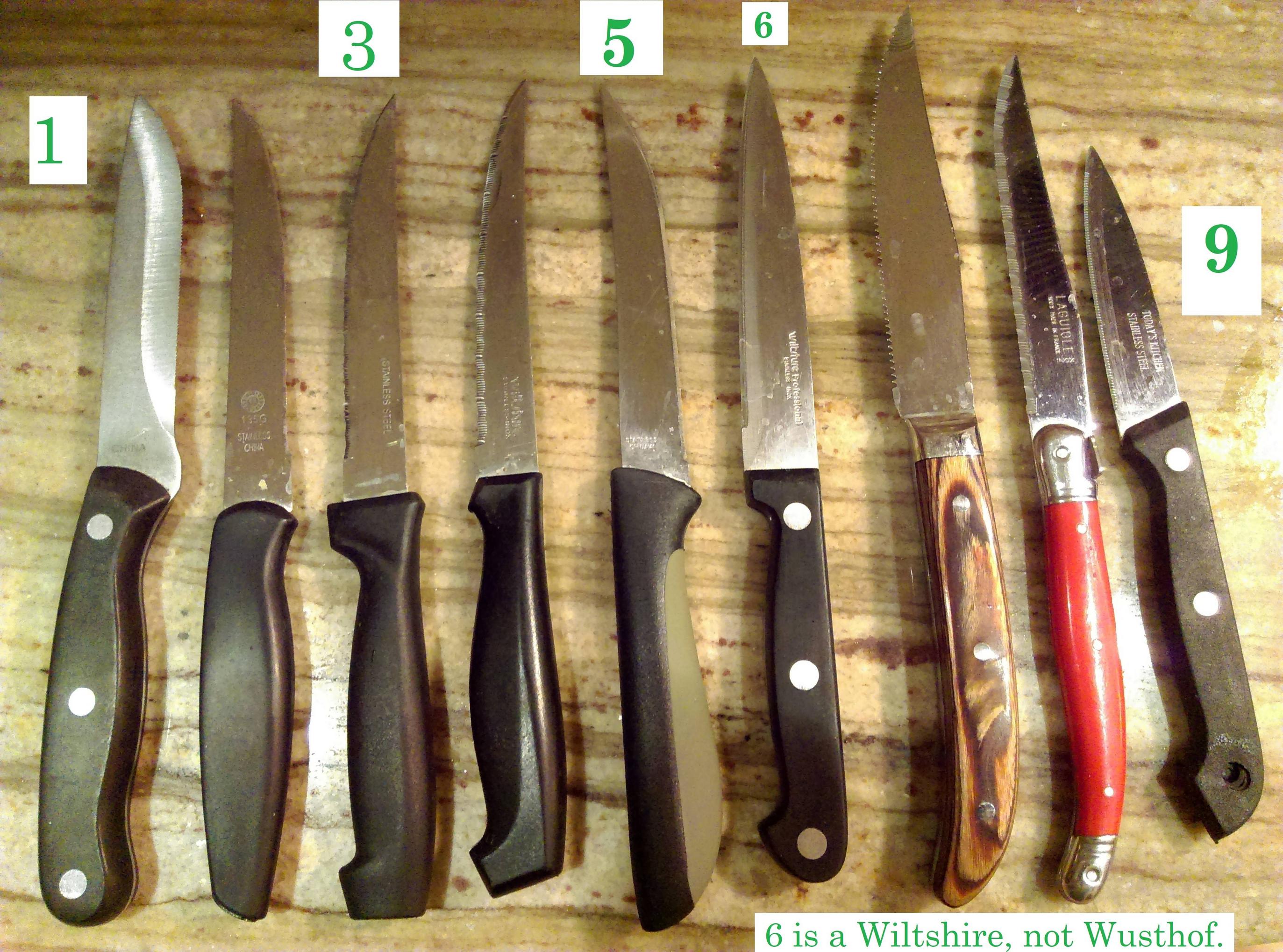 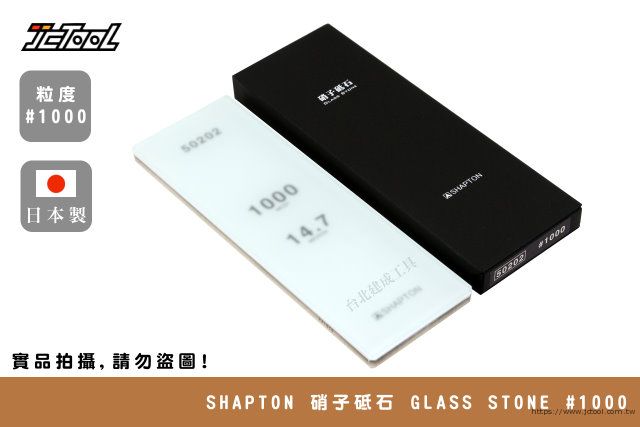 Practise on the cleaver from your other question.

It's big enough to handle, which makes it easier to keep at a constant angle. It also looks to have just about no edge remaining, so there's no chance of making it worse.

Of the ones pictured above, only 5 & 6 look really suitable candidates; 6 I'd guess only has that hard chamfer on one side, making it too lop-sided for a beginner.
They're all going to be pretty fiddly as a practise knife.

When the idea of a practise knife was first raised, the intention was that it would actually be something vaguely similar to the one the practise was for. I'd assumed spending $£€ 5 on a cheap new one would be the solution.

TBH, you could use all of the above. Each would be a different challenge.
You can take the serrations right off a serrated edge knife & turn it into a regular knife [my favourite skinny parer started life this way]. 1, 7 & 9 might be candidates for that. The others I wouldn't bother, they're variants on the 1970's steak knife theme. The others will make better steak knives once they're sharp.

Having done all this myself, badly, many many times, I'd still go for the electric I mentioned in one of my earlier answers.
You could do the whole lot in an afternoon, perfectly - even the serrateds.

#6 (the Wursthoff professional) and #5 don't look to be serrated, which is good. Go with them. But you don't want to use it on a serrated blade, there are some specialty sharpeners for them but they're rarely worth it.

1
Why am I failing to sharpen my WÜSTHOF Classic Ikon 8" Cook's Knife, on my Shapton Glass Stone 1000 Grit 5mm?

2
Can I use the same kind of tools to sharpen my knives as I do my chisels?
1
How many whetstones, and what different grits, do I need?
0
How long to sharpen Japanese knife with whetstone
1
Why isn't the Shapton Glass Stone 1000 Grit 5mm sharpening my WÜSTHOF 4596-7/20 Classic Ikon 8-Inch Cook's Knife?
1
Why am I failing to sharpen my WÜSTHOF Classic Ikon 8" Cook's Knife, on my Shapton Glass Stone 1000 Grit 5mm?