I was at the supermarket today and noticed that the 2 brand of Jasmine rice that they sold had very different cooking times.

Is this just a different cooking method (ie the first aims to use exactly the right amount of water so there is am element of steaming, whereas the 2nd uses excess water, and is thus simply boiling) or would it be a reflection of the way the way the rice was processed ?

Also, in the first method, what would be the best method to rinse ? E.g. pour it all into a fresh pan of boiling water for a few seconds, pour boiling water into the pan after draining; put it in a sieve and poor boiling water over it, or somthing else? 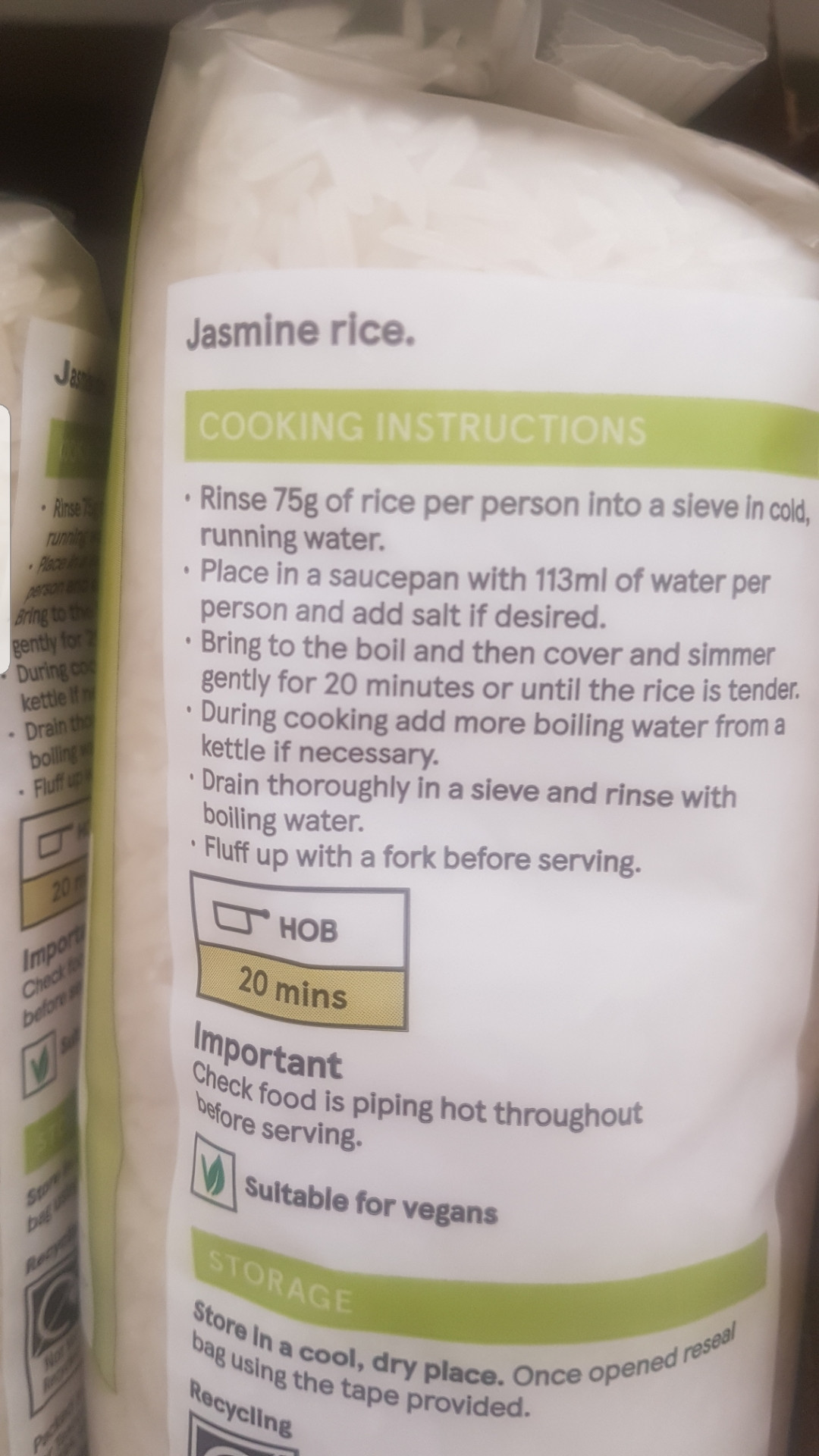 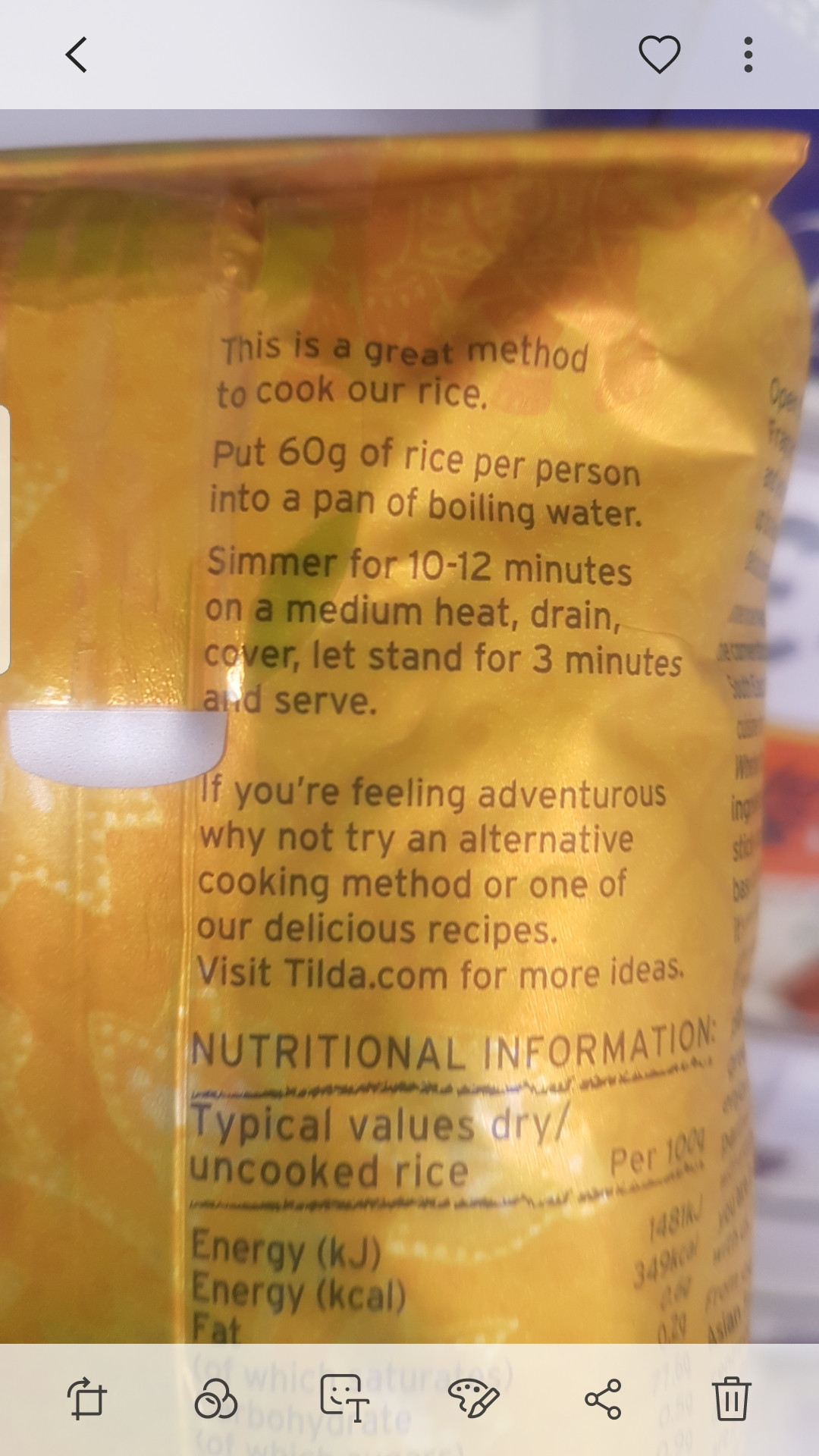 Yes, those are two boiling methods.
One is using "right" amount of water that get absorbed by rice (that indicate rice being dobe) and second one is using excess amount of water. Both methods are valid although first one is much more water savvy.
But I have no idea why (and how) rinse cooked rice with boiling water. It's similar advice to using pasta water to help the sauce stick but properly cooked rice have enough surface on itself.

I have no idea how best to rinse with boiling water; I've never prepared rice that way.

That being said, there have been many studies of how much water to use with rice, and most have shown that the vessel that the rice is being cooked in is quite significant.

It mostly has to do with how much moisture evaporates as you're cooking, and so cooking larger batches of rice typically requires a lower ratio of water than a smaller batch of rice. Changing to a tighter fitting lid would also mean less evaporation loss.

And so the first set of instructions, in which you drain the rice after cooking is going to be more reliable for someone who is a novice at cooking rice.

But rice will also change some as it sits in storage. It's possible that you might have a brand that is not "new crop", and thus has dried more from when it had been picked than some other brand.

And there are differences between strains of rice. Although "jasmine rice" is a major category, there can be some subtle variations between strains, and between even the same strain growing in two different places. So this can account for differences in cooking recommendations, but the really special variations are going to be held aside and sold under a more specific name in a country that appreciates rice more (and thus will pay a higher premium for it)

You can also get differences in rice with how it's milled -- that is, the outer layer is scraped off to remove the bran layer that would make it white rice. This will dramatically affect cooking time, and may affect recommendations for how or when to rinse the rice. The 'fine bran' on the rice can give an off flavor, but newer milling techniques has created 'no rinse' rice that doesn't require trying to rinse it off before cooking.

And then we get into issues that different people prefer their rice cooked differently. Do you want a drier rice where every grain is individual, or do you want something stickier that clumps together?

So basically ... neither of the instructions are necessarily wrong, and neither one is necessarily better without knowing what type of result you're going for. Both actually do steam the rice some, as there's the bit of time on the second one where you leave it covered for a few minutes.

Not the answer you're looking for? Browse other questions tagged rice or ask your own question.

2
What is the best way to fry rice cake?
7
Can jasmine rice and basmati rice be cooked together?
8
How can I get more flavorful jasmine rice?
5
Why would a rice seem "non-absorbent"?
2
Boiling rice - drain or boil off water?
4
Can I use parboiled basmati rice just like ordinary non-converted basmati?
3
Why cooking times for rice are different in different locations
0
Stove-steamed rice gets burnt on bottom
0
Is there any gourmet rice cooking method where you don’t rinse the rice?