How can you cook milk without it burning the pan?

How can you cook milk without it burning the pan? The intention isn't just to heat/warm the milk, but to thoroughly cook it. Burned pans are hard to clean, and they make the milk taste burned.

The traditional approach of boiling milk on the stove tends to cause it to stick to the bottom of the pan and burn, if not done properly.

Background: The reason I want to cook milk is because I tolerate cooked milk better, depending on the gallon of milk. Most gallons of milk from the grocery store give me a lot of gas. Some gallons don't give me any gas at all (and those tend to keep a lot longer, interestingly). Either way, I tolerate it very well, without gas, when it is thoroughly cooked. I don't personally believe I have a milk intolerance or allergy; I think it's just yeast in the milk that grows as it nears expiration and contributes to its spoilage, as I am sensitive to some yeasts and molds; I tolerate other cow dairy products just fine (e.g. cheese, yogurt, cottage cheese, butter, and sour cream), regardless of whether it is cooked.

This is a Q/A where I answer my own question, but you're free to participate as usual, of course. I figured the question had already been asked, and I came here to add my answer to the list of answers. (But I couldn't find a question like it on the site.)

You can buy a purpose built double boiler and if you are going to do this often you should. But for now you can fake it the way I do. Here is my setup. 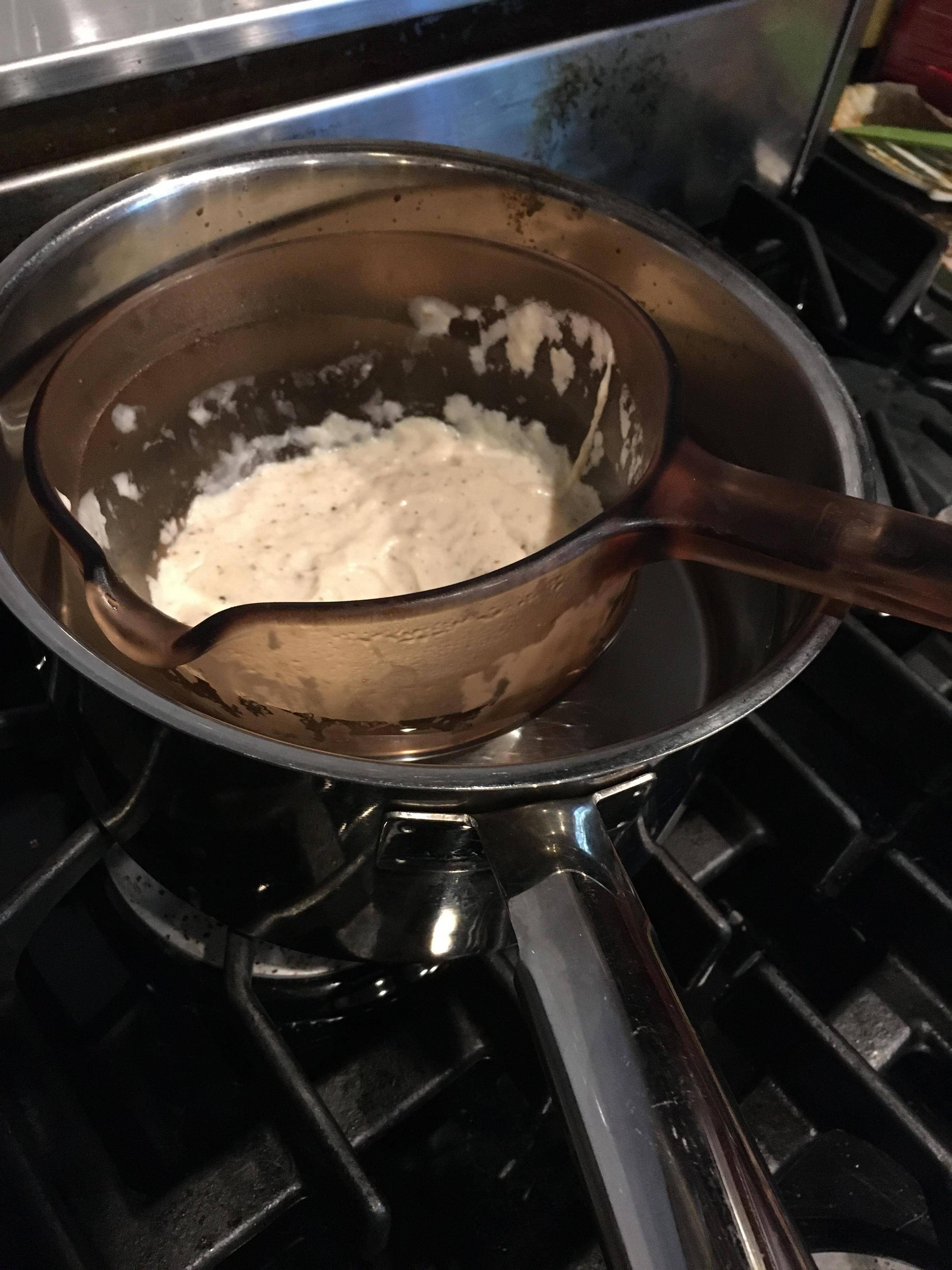 The little saucepan is floating in the water that is in the larger pan. Because of the water, the temperature never gets higher than 100°C unless you boil all the water off. Milk at 100°C will boil but it will not scorch. That is milk gravy (white sauce) in the small pan which happened to be in there and which I thought was a good illustration.

Float a small pan in a larger pot of water and cook your milk in the small pan. If you like it, buy a double boiler. Sometimes the floating pan is too heavy and some water comes in over the side. Not a big deal for milk but a total loss if you are using the setup to melt chocolate chips.

There are a number of ways to cook milk without burning it.

My personal favorite is to bake it. When baked according to my instructions, it does not overflow, and the bottom of the pan does not burn at all (the edge where the milk surface touches does get some milk protein cooked onto it, though). You do not have to do anything with it while it's baking. It does develop a significant brown skin on top, but you can pull it off and eat it. To cook it to my personal satisfaction, I fill an 8"x8" glass pan about halfway with milk, and put it in the toaster oven on 425° to 450° F. or so for about 25 minutes. I like to make milk porridge via this method, too (same instructions, except add oats and brown sugar with the milk). Anyway, I tolerate it better than boiling on low heat on the stove, and it's much easier. 25 minutes on 450° F. might be overkill for some people's needs, especially if they don't need to kill anything in it, nor denature any components of it, but it's not overkill for a non-soupy milk oat porridge. It is possible to burn the top of the milk if you bake it too long/hot or too close to the surface of the oven—but you can just take the skin off, and your milk should taste fine. If you bake it in a toaster oven (on the bake setting), do not cover it, or it will not cook very quickly.

Here's what the milk looks like after it's been baked (in my toaster oven on bake on 450° F. for 25 minutes), with the skin. The skin is dark brown (although not black, even though parts of it look black in the picture; the lighting wasn't perfect, and it's just my inexpensive tablet's camera); so, I probably could have used a lower heat than 450° F. (like 425° F.), but this does not affect the taste of the milk underneath it anyway, since the top side of the skin does not touch the milk; I usually don't cook just plain milk with nothing in it, so that accounts for the error: 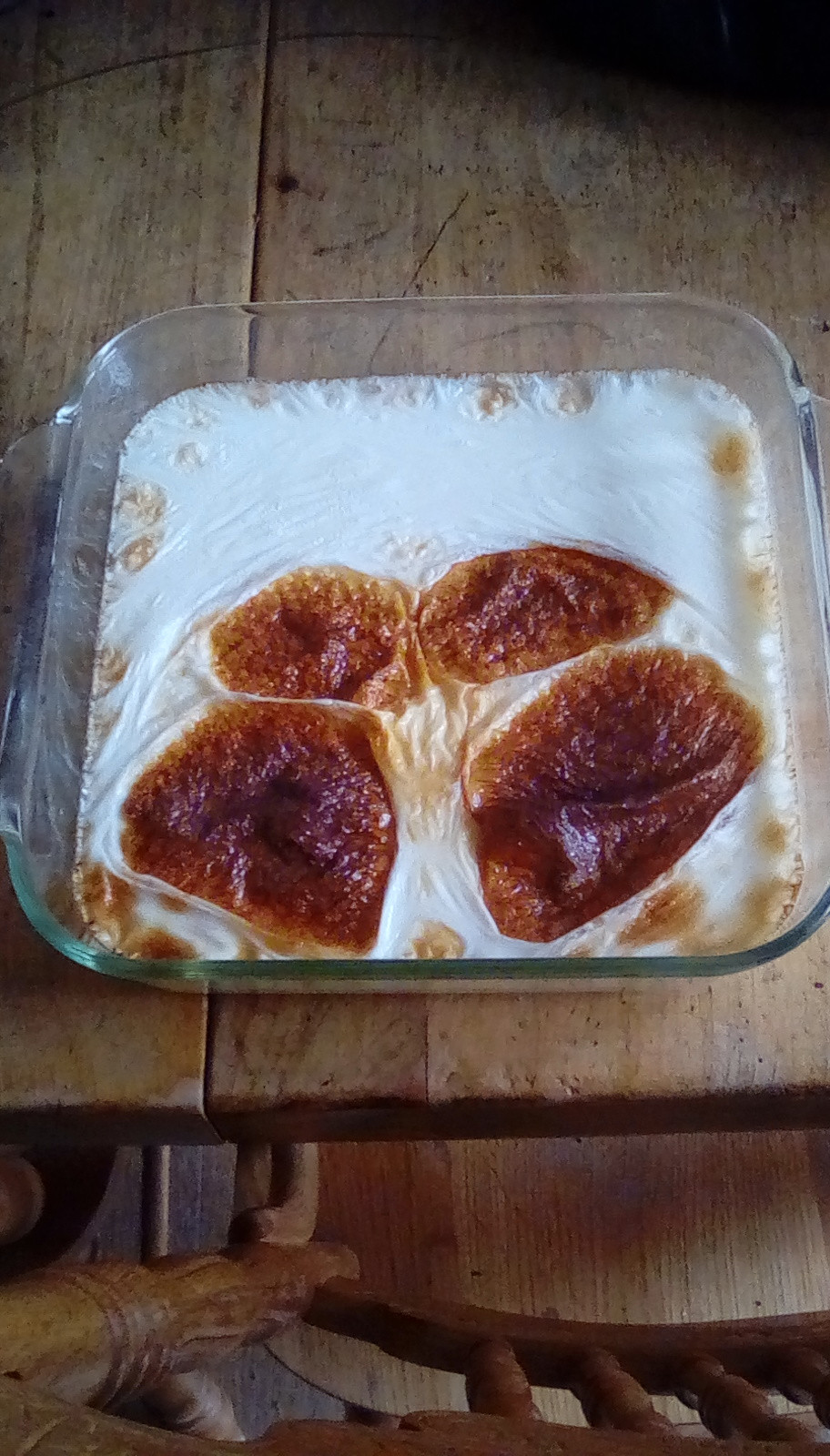 Here's the baked milk after removing and eating the skin (this remaining milk is really what we're after): 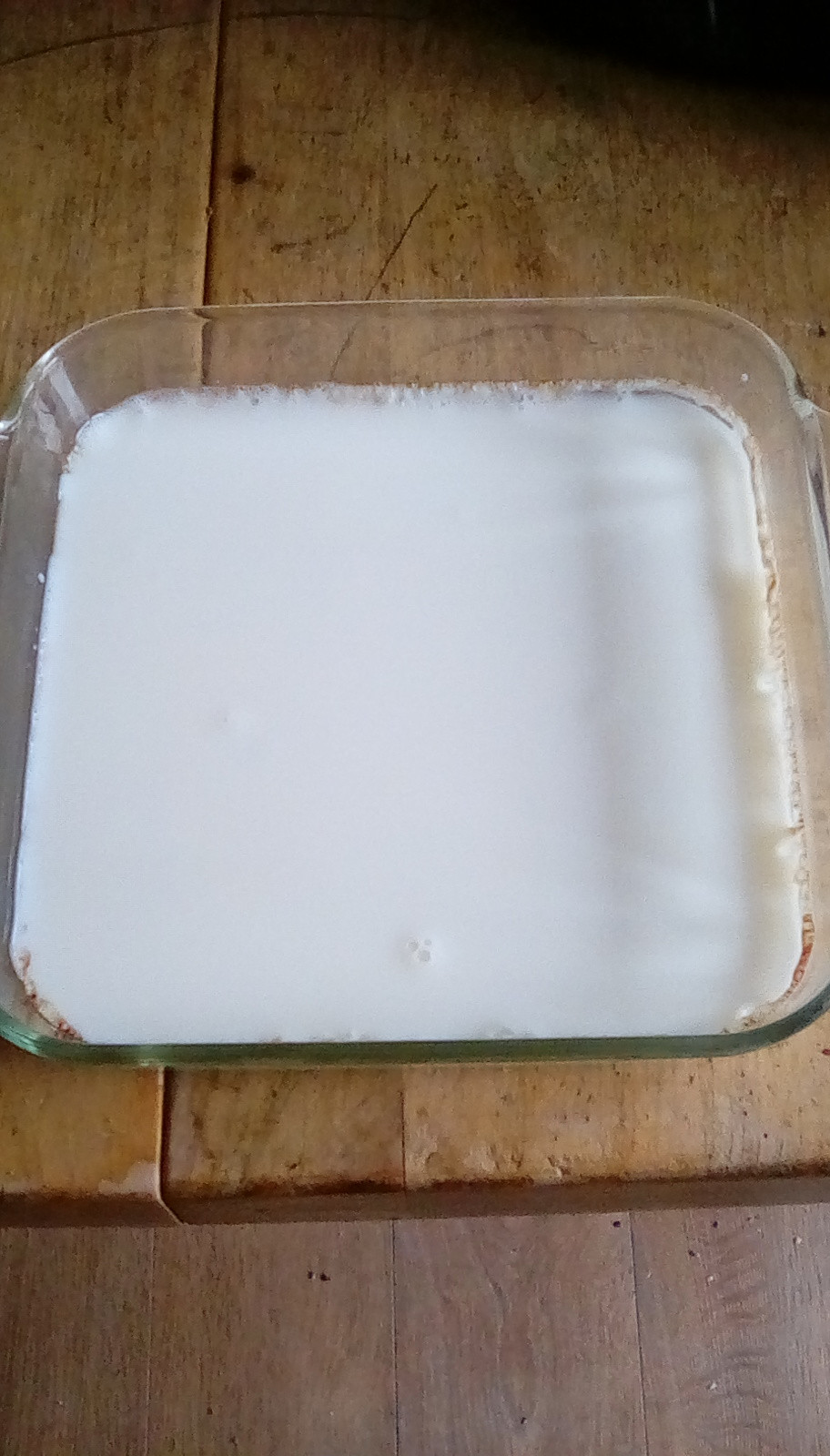 Here's the pan after I drank the milk (you can see that there isn't milk burned on the bottom of the pan, and it should be fairly easy to clean compared to a burned pan; there are cooked portions stuck where the milk surface was, but they're not burned); it tasted great, by the way (and not as much like evaporated milk as stovetop boiled milk): 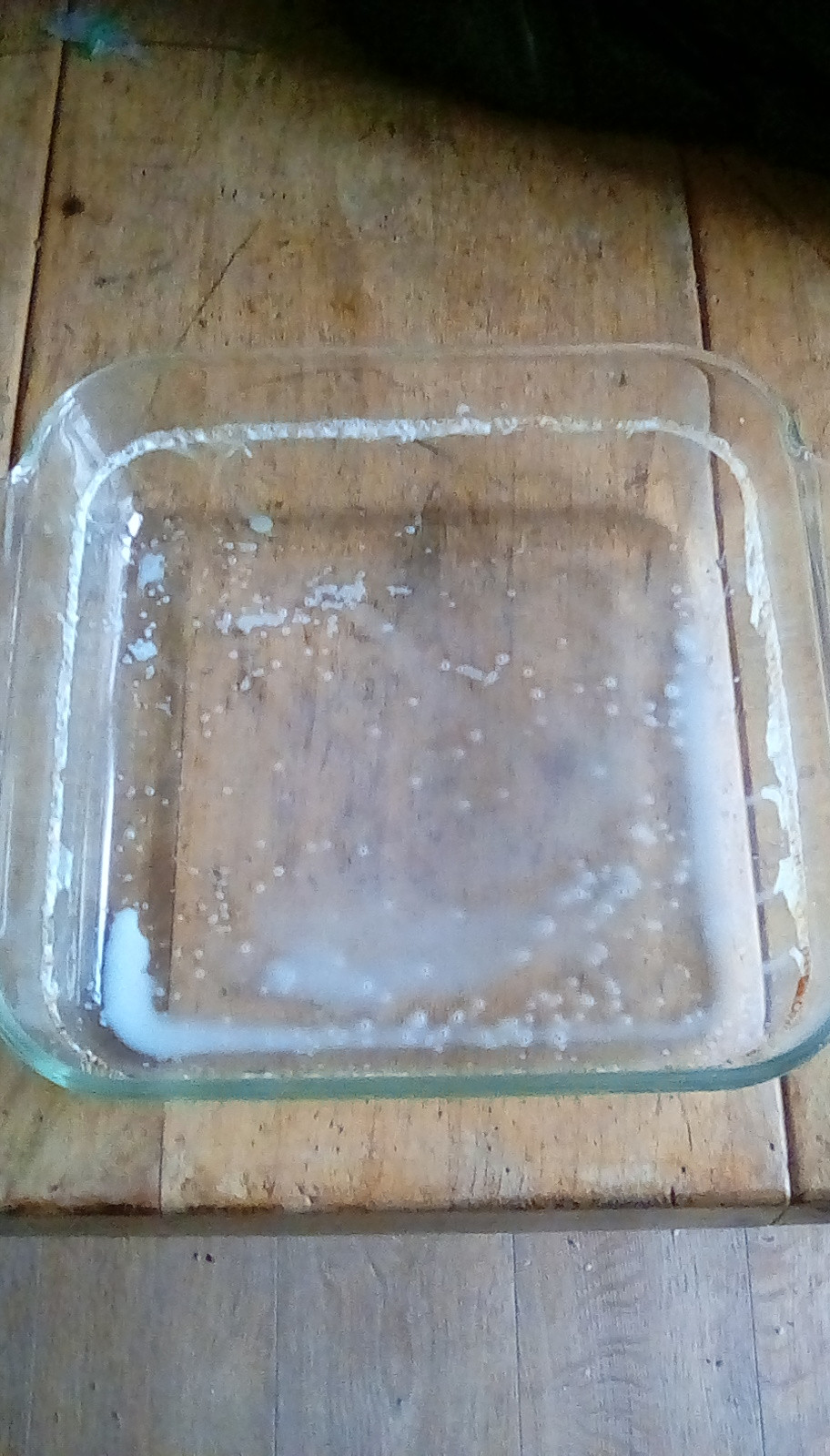 Some people like to microwave milk. It can overflow easily that way, if you're not careful, however, but it shouldn't burn. For personal reasons, I don't recommend using a microwave for anything, though, but if you do, I don't blame you.

Boiling milk on the stovetop without burning it requires a lot of patience, skill, and attention. People like to use pans with thick bottoms, since they heat more slowly, and are less prone to making things burn (not just milk). They like to heat it at a low temperature. They recommend stirring. In my experience, it can still burn even then, though, if you cook it long enough.

Not the answer you're looking for? Browse other questions tagged milk heat or ask your own question.

15
Can I boil milk unattended (and still keep the pan clean)?
1
How can you cook multiple omelets without burning them?
15
Science of fast (high heat) vs. slow (low heat) scrambled eggs and omelets
0
How can you maximise the shell life of milk in milk bags, after having opened them?
2
How much powdered milk and water would you need to make exactly 5 tablespoons of Milk?
13
Why does oil transfer heat to food more gradually than water?
65
Why do you need to heat the pan before heating the olive oil?
0
Milk pan for induction hob