Why are my stir fried pea sprouts too stiff, and turn into lumps?

I'm trying to make stir-fried pea sprouts as seen this photo), but without the mushrooms. 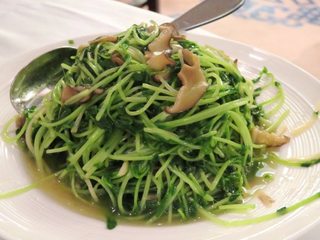 I used this kind of pea sprouts: 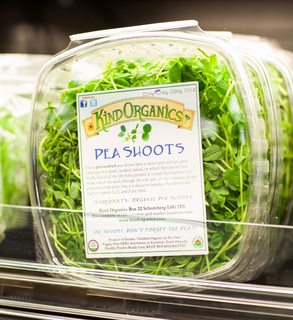 First I wash and soak them in salt water for 15 mins. I know that I mustn't overcook these pea shoots. 2nd I turn my stainless steel pan to high heat. 3rd I add oil and Shaoxing wine. 4th I add the pea shoots to the pan, and stir fry for under 30 seconds.

But they're too stiff/starchy to even chew. When I chew them, they turn into lumps that I can't swallow.

I don't make the Hong Kong recipe, but I often cook Thai-style pea shoots in the spring. And for that matter I often made them when I lived in California, so origin is not your problem.

One thing I did find is that there's a huge difference in pea shoots based on age. Tiny, 3-day old pea shoots, also called "pea sprouts", are the kind you want to flash-fry: 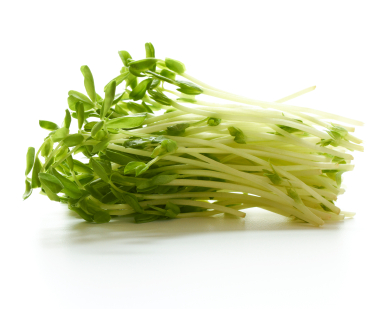 Pea shoots that are a bit older, like a week or two old are also eaten: 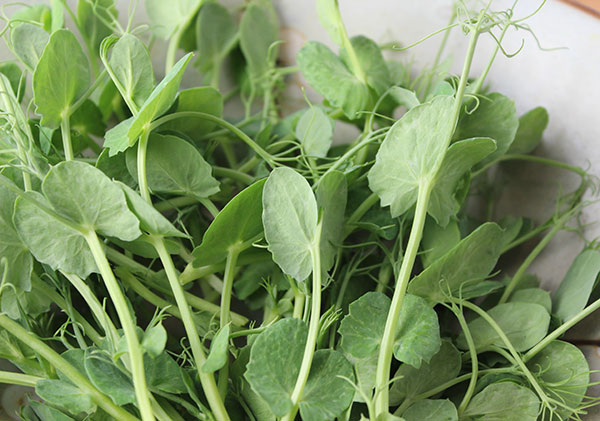 However, these are a lot more fibrous, and need to be blanched before frying. I don't know what you bought, but it really sounds like you got older pea shoots. Species might also make a difference; the ones that Asian markets sell are usually snow pea shoots. If you got some other kind of pea shoot, like English peas, it's possible that those are also more fibrous.

If they are too hard you likely aren't cooking them long enough. 30 seconds is a very short space of time, there are very few things which will cook that quickly. There are two approaches I would try:

Very likely, the real problem is that your stove simply doesn't give out enough heat. A gas burner at a Chinese restarutant puts out much more BTUs, so they can cook pea sprouts in a matter of seconds; however, a home stove wouldn't give you anything close to that.

Cantonese stir fry is all about the heat and the wok hei, so you're not going to get anything resembling what you find in the photo if you have something like an induction cooker or electric stove. If you do have a gas stove, though, then there's still some hope. Be sure that your pan is extremely hot, add enough oil, and cook for slightly longer than 30 seconds. Probably drop the wine, too, as it takes time to boil or evaporate (it's not typically added for vegetables anyway, so there shouldn't be a problem).

If you don't have a gas stove, then unfortunately it might be hopeless. I don't recommend blanching, because that would make the pea sprouts too mushy. Instead, you can try other Chinese pea sprout recipes, e.g. pea sprouts in broth 上汤豆苗.

The problem might well be that you have too much salt present in the mix. Pulses need salting after cooking - if you ever cook chickpeas (channa dal), lentils (e.g. toordal) or similar items, you need to cook until soft before adding any salt otherwise they become inedible hard lumps.

Try just rinsing the pea shoots in water before cooking, salting to taste (usually in Chinese cookery with soy-sauce or oyster sauce) in the final seconds of your process.

Not the answer you're looking for? Browse other questions tagged chinese-cuisine or ask your own question.