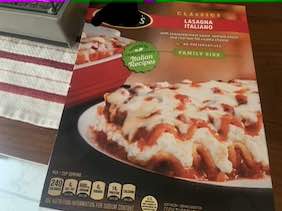 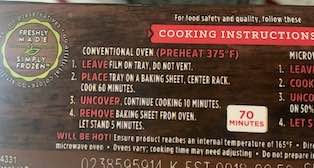 Unless it has recently changed, or there are regional differences in the packaging, as I recall there are two sets of directions on the package... one for frozen and one for thawed.

Another "technique" is included which, for the sake of speed, calls for thawing in a microwave and then completing the cooking in an oven, too.

The biggest (only) difference is the cooking time. I've cooked them all three ways and... there's little difference in the finished result.

13
How do you properly defrost frozen fish?
6
How do I defrost frozen flour tortillas?
2
Conservation of ground beef
1
Should I microwave-defrost sandwiches?
3
How to defrost frozen food in fridge
0
Packaged fish in lots of liquid - is it safe
1
Cooking lean pockets in toaster oven?
2
Frozen dinners extremely dry after reheating