What is this plant? Is it edible?

I bought a bunch of cilantro today. Some of these leaves were mixed in with the cilantro. What are they? Are they edible? 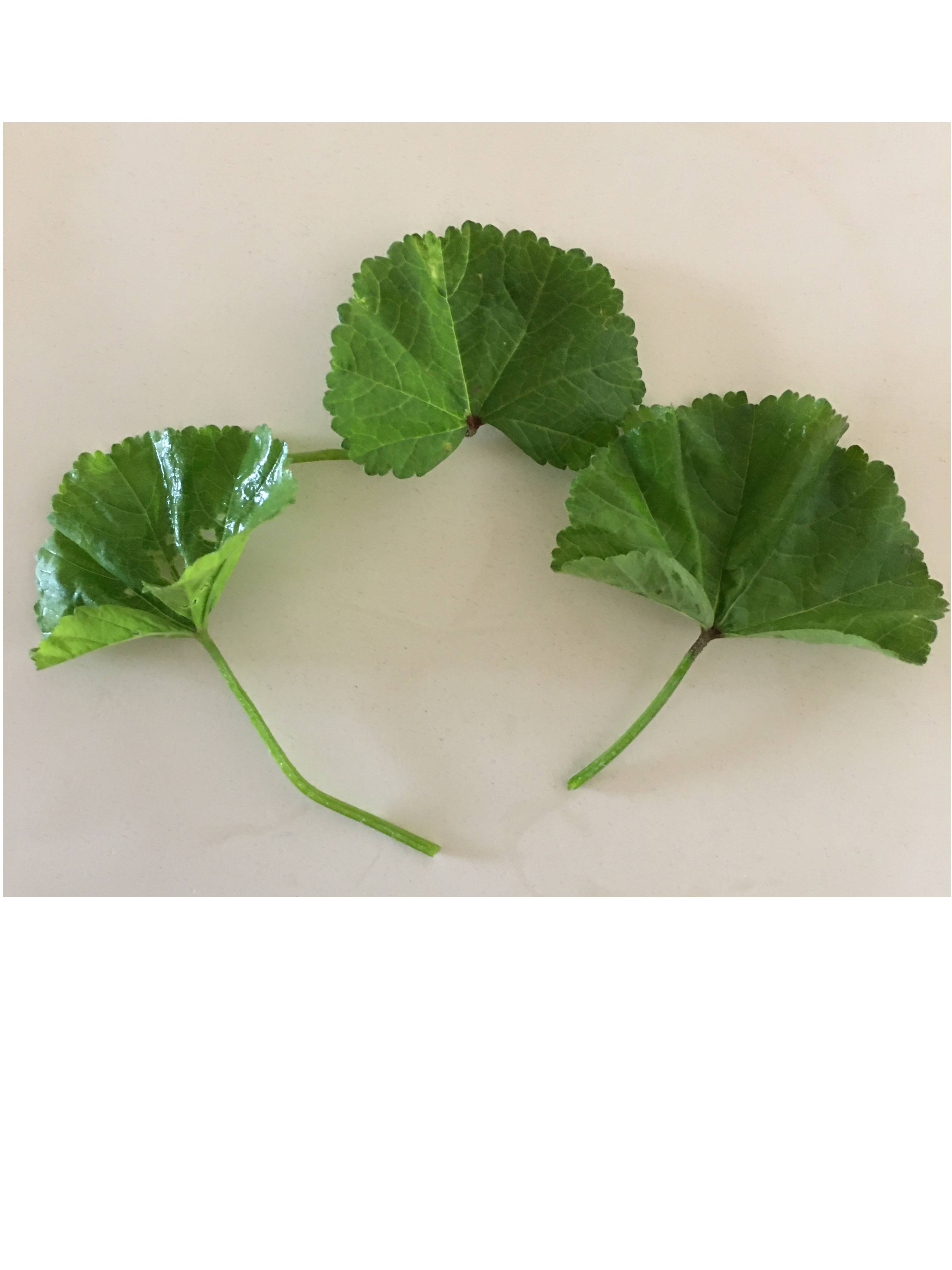 This also looks like Centella asiatica or Indian pennywort, which is used as a culinary vegetable and as a medicinal herb.

Don't consume unknown plants for safety reasons, not even ones identified by a random stranger on the internet!

It is very difficult to identify plants based just on leaves alone, generally for a certain identification you need stems, flowers and/or seeds to be absolutely certain

These look very much like young Mallow leaves (Malva from the Malvaceae), which is a genus of widespread plants found in temperate to tropical areas. Many species are considered weeds and are common in disturbed soils in urban areas.

The things that make me think it is mallow are the kidney-shaped leaves, with indented teeth and a dark spot where the petiole meets the blade

Most of the species of Mallow are edible, with a pleasant sweet taste to them. Some of the species are common garden flowers - usually a pretty pink or sometimes white.

Not the answer you're looking for? Browse other questions tagged herbs food-identification or ask your own question.

2
What kind of dishes use fresh coriander fruits
3
What is this sandwich-salad dish?
2
What can I do with a large amount of dried cilantro?
3
Can someone identify this herb?
7
What are Omaha Steaks "Potatoes Au Gratin" actually?
11
Is tomato foliage edible?
15
What is this waxed root vegetable?
3
Are these Bay Leaves?
4
What was this mysterious food/dessert product in 1990s Finland?