How to deal with strong, sizable spices?

I've been making a lot of Indian food, and I've repeatedly had problems with certain spices being "overpowering" when you get a bite of them. I'm talking specifically about cardamom and cloves, although cinnamon is also problematic since you can't really eat/chew it.

Usually, recipes have you add them in great enough numbers that you can't really just sift through and pull them out by hand. I saw a recommendation to stick them with toothpicks to make retrieval easier, but I'm not sure that would work with cloves (and I'd be worried about someone accidentally biting down on said toothpick).
I've considered using powdered spices, but I'm not sure if it's the same flavor - and most recipes I've seen call for whole spices, not powdered.
I've tried peeling away the cardamom pod and using the tiny seeds inside, but I end up with the same issue - even the tiny seeds give an overpowering lemon-ish flavor when you eat them.

How can I prevent large spices from overpowering all other flavors when they're consumed?

Simple: spit them out.

You're not supposed to eat whole cardamom pods or cloves, any more than you'd eat whole cinnamon sticks, bay leaves, or slices of dried galangal. Each diner is expected to spit them out, or pick them out of their food, and set them aside on their plate.

Whole coriander seed, cumin seed, and other small spices are meant to be eaten, but these aren't as intensely flavored.

For whole spices which are hard to pick out, you could try make a bouquet garni. Wrap the whole spices into a bundle, using cheesecloth, a piece of muslin (undyed, loosely woven fabric), a coffee filter tied with string, a tea strainer, or a drawstring tea bag (example). 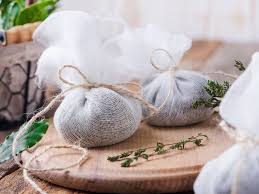 This is a technique commonly used for soup making. Depending on the dish, you may find that some types of spice bundle will fall apart, or that the spices will not get as evenly distributed through the dish as intended. I expect that this technique will work better for thinner sauces, and may not work well for thicker sauces.

For recipes which call for adding the spices directly to hot oil, a bouquet garni will not work for this step. After heating the spices in the oil, usually other ingredients are added, and eventually the dish is converted into a sauce. You could remove the whole spices after heating them in oil, package them up into a bundle, and put them back into the simmering sauce to steep further. Or, as J pointed out in comments, you could simply omit them after removing them from the oil, because most of the flavor will have already gone into the oil.

You could get a spice grinder and grind them. If you do it at the time of cooking (rather than buying preground spices) you're unlikely to get a significant decrease in quality of flavour

Do be aware though that a fine powder will pack much more tightly, and impart a greater amount of their flavour into the sauce, than loose whole spices and so you'll likely need smaller quantities (and measure before grinding not after, 1 tsp of ground cloves is a lot more clove than 1 tsp of whole cloves)

If you don't have a spice grinder you could chop them or gently crush in a mortar and pestle. I do this when I cook with whole cardamom because whilst I love the flavour cardamom imparts to the food, I detest the sensation of accidentally biting into a whole pod. A quick bash in a mortar and pestle breaks the pods up into the individual seeds (which is where most of the flavour is, and are small enough not to cause bad sensations) and the case of the pod (which has less of a pleasant flavour and sensation even after cooking, so I'll often remove)

Depending on exactly what you're making, there are a few options to remove the spices before being served.

But as people have said -- leaving inedible things in the meal is cultural. It's possible that it might be related to the utensils used, as well -- eating with chopsticks would give you much more selectivity than shoveling your food down with a spoon. And there are some cultures where it's normal to spit things back out -- so you can add olives with pits, but people know not to just chomp into them.

Count them out beforehand, and remember or even write down the counts, so you know when you are finished sifting them out. If it is a curry, make use of any opportunity where you add water and have the curry in a relatively thin state, sifting will be easiest then. Sometimes, you can use a combination of easy to remember spice counts, eg "1 tejpat, 1 cinnamon stick, 1 piece of javentri, 2 motti elaichi, 3 hari elaichi, 4 laung".

Primarily I agree with FuzzyChef - just don't eat them. (I'm not Indian, and I eat with a fork, but I still don't find that a problem.)

With cloves specifically though, I would add that if they're tough, strong, and unpleasant post-cooking, they probably haven't been in there long enough. Generally cloves break down to an extent that it's no different to eating something into which you cracked black pepper while cooking - which can also be crunchy and unpleasant if it's too large too late, but it softens with cooking and disintegrates/disperses flavour.

I'll even occasionally chew on cinnamon if it's stewed long enough, but I'd never eat cardamom, even without the stringy texture it'd just be like a mouthful of tea leaves.

Curry leaves soften a lot and should be eaten, if they seem unappetising they definitely haven't been cooked long enough. Bay leaves remain much tougher, but are also larger and extremely easy to leave aside on the plate or not even serve.

I really don't think you should notice seeds like cumin, coriander, caraway, fennel, mustard, etc. in one mouthful from the next without them (and probably each one should contain them anyway!) - but if it really bothers you, you could grind them to a powder, then mix in some water to form a paste before adding to the hot oil, to prevent burning (since each 'piece' now has a much smaller surface area). Then proceed as normal, but faster, as if already toasted and fragrant if they were whole.

30
Secret to takeaway curry
30
How do I make paneer firm and chewy like in the restaurant?
4
Toasting spices with and without oil
4
Indian Curry: Frying spices vs marinating the meat in them
5
Why to remove skin and seeds of tomatoes when we puree them?
7
Do spice containers need to be hermetic?
0
Could someone please clarify whether the following things make sense while cooking chicken biryani?
6
How to predict and adjust the spice level of dal?
1
Solutions for a bland vegetable curry