Are these Indonesian milk products cheese, yogurt, or curd?

In Indonesia there are various traditional milk products (excluding tofu, which is made from soya milk, which isn't really milk at all)

This is one I found on an Indonesian e-commerce site: 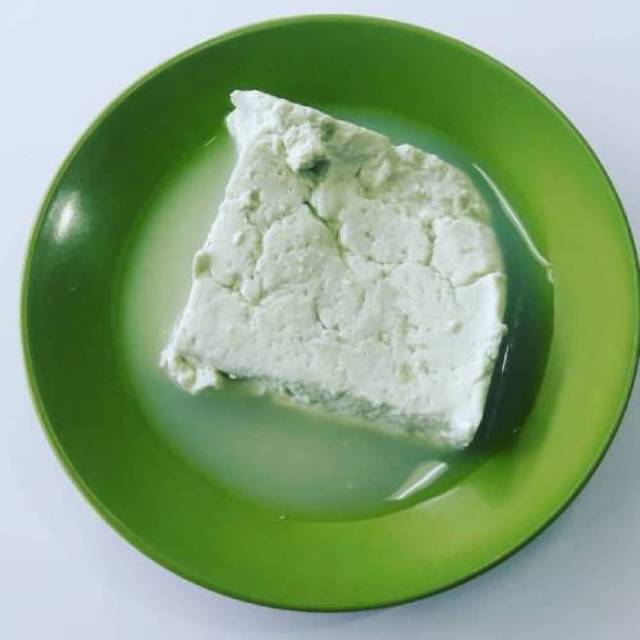 This is called 'susu/dali/bagot horbo/kerbau' ('milk buffalo' in Batak/Indonesian language). As far as I can tell dali and bagot both mean milk, or possibly breasts. There is not an obvious etymological connection between 'dali' and 'dahi', which is a Hindi word for 'curd'.

They seem to use papaya leaves, sisal, grated unpeeled pineapple or pea eggplant

Essentially the fresh buffalo milk is cooked with an acid to reduce the water. I think there is not necessarily any process of pressing, but you end up with curds, which I'm not sure is 'cheese'?

This is 'dadih', which is from the Minang region, which is not far away.

It seems to involve buffalo milk being boiled to kill bacteria, and then placed in bamboo where presumably lactic acid bacteria are, which fairly obviously make yogurt. (Which is not cheese) The word 'dadi(a)h' here seems to be close to Hindi दूध (doodh), or milk. There was a lot of commerce between Sumatra and India so this is not surprising

This is another 'cheese', dangke, from another island, Sulawesi

The process involves the sap from papaya skin being extracted and added to boiling fresh milk to curdle it. The curds are then strained in a sieve and lightly squeezed, then traditionally placed into a coconut shell.

I haven't tried it, however whereas dali ni horbo seems to be sold in the same way as tofu, floating in its 'whey', dangke seems to be slightly drier, and is usually sold in banana leaves: 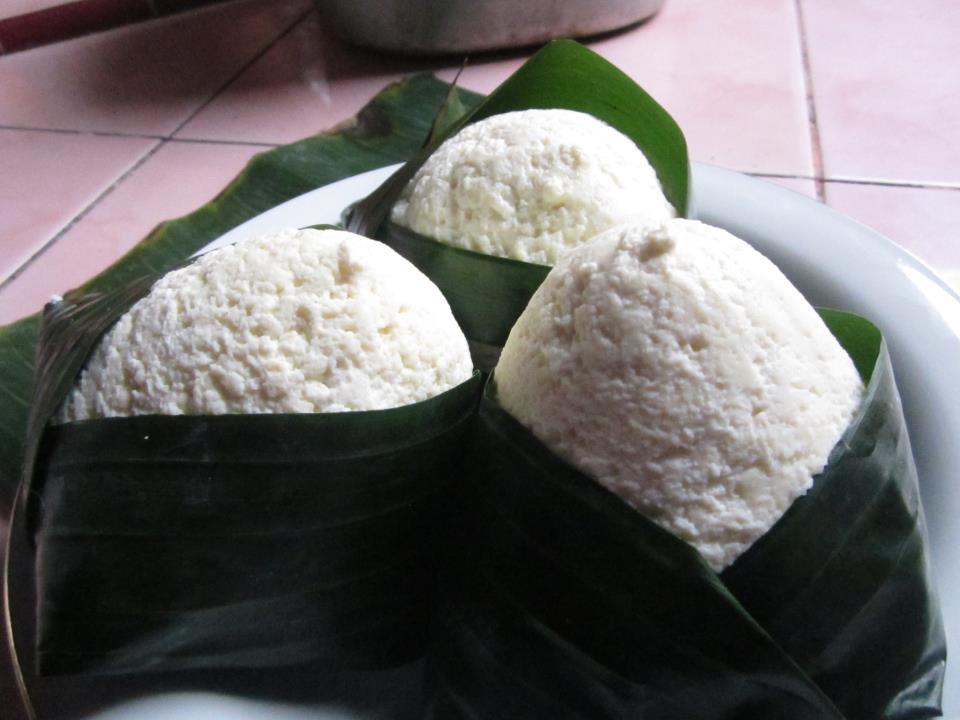 This blog claims that cheese is fermented

and it's possible that 'being fermented' is part of the definition of cheese. (E.g., yogurt is made by fermenting milk with bacteria; if you strain yogurt then you have what I believe should be called cheese.)

However I don't see any fermentation in this process. The milk curdles, because of the papein, or acids, or whatever, and then it's squeezed a bit, placed into coconut shells and then banana leaves for sale. It seems unlikely that there's any significant impact on flavour due to banana leaves. Possibly you could age it, in the same way that rotten tofu or tempeh is often considered tastier than fresh, but this does not seem to be an essential part of the process.

As for the background of the question - no, there is no "reasonable boundary", and it would be highly irregular to have one. Linguistic categories (as opposed to, say, mathematical sets) always have clear centers and partial membership, which creates fuzzy boundaries and a lot of overlap. Especially in cases such as you describe, using a classification which was created in one cultural context (the distinction between cheeses and yogurts in European food) to describe items from a different cultural context (food from Southeast Asia), it is absolutely normal to find that most items do not fit any category particularly well.

And now to the concrete question you are asking. In the classification you are using, a cheese is created by curdling milk with rennet into curds and then draining and ripening them to get the final product. Prototypical cheeses in Western European cultures would be Gouda or Emmental. However, "unripe cheeses" are also known, which basically mean you consume a product that is closer to curds than to ripened cheese - for example, quark, cream cheese and cottage cheese. Yogurt and other fermented dairy wasn't even that popular I believe, before Mechnikov started promoting it in the 20th century. But it is made with only lactic fermentation, with the intention to be spoonable and sour, rather than firm and salty. It also behaves differently from fresh cheeses - if you try to bake a yogurt mixture as a pastry filling, you will end up with it splitting, while a quark mixture will work well. Cheese can be fermented after curdling (feta ferments in its brine, and the holes in Swiss cheese come from bacterial activity), this doesn't make them any less of a cheese.

Your confusion here may come not only from the classification, but also from a minor linguistic hiccup - in Indian English, the word "curd" means the same product which in British and US English is called "yogurt", it is just a false cognate. So don't be surprised when you find blog posts written by Hindi-speaking authors who use it this way. The word "curd" exists in BE and AE, but it is never used for a finished product, it is an intermediate stage in the making of cheese.

So for the three examples you mentioned (just based on your description, I haven't eaten Indonesian food):

Essentially the fresh buffalo milk is cooked with an acid to reduce the water. I think there is not necessarily any process of pressing, but you end up with curds, which I'm not sure is 'cheese'?

This is cheese, more specifically it should be categorized as an unripe cheese. Most Europeans would likely consider it a form of paneer.

It seems to involve buffalo milk being boiled to kill bacteria, and then placed in bamboo where presumably lactic acid bacteria are, which fairly obviously make yogurt.

Your description here is unclear. If a yogurt culture is added, then it is yogurt. If the fermentation depends on wild cultures, it is not a yogurt, the proper English term would be buttermilk (used in the modern sense, not in the classic one).

The process involves the sap from papaya skin being extracted and added to boiling fresh milk to curdle it. The curds are then strained in a sieve and lightly squeezed, then traditionally placed into a coconut shell.

This is again not a yogurt, but a cheese, and again it seems to be an unripe cheese. Again, just because the prototypical cheeses are curdled with rennet, it doesn't mean that cheeses curdled by other methods are not cheeses.

It sounds like a type of cheese to me.

You say "fresh buffalo milk is cooked with an acid to reduce the water". That's how acid-set cheese is made, or at least the first step. Indian Paneer, for example, is usually made by bringing milk to the boil, turning off the heat, and adding lemon juice. Then the curds are drained out of the whey and pressed into a block. The papaya sap/juice probably provides the acid.

Most yoghurts aren't separated from the whey, or only a little is strained off; yoghurt can't usually be formed into a block or lump. There are cheeses made from yoghurt though.

Not the answer you're looking for? Browse other questions tagged cheese yogurt cheese-making indonesian-cuisine or ask your own question.

5
Can you make cheese curds with pasteurized milk?
4
Can soured raw milk be used to make yogurt?
3
How come mere water buffalo milk and lemon juice mixture turn into yogurt?
2
How to make semi-hard, unripened brined cheese
6
Making hard cheese from milk by vinegar
4
Why didn't the whey separate from the curds when I tried to make Shankgleesh cheese?
2
Cream Cheese vs Yogurt Cheese: what / how much difference does the bacteria make?
2
I failed to make yogurt, what have I made?
1
Yogurt from raw cow milk has a gelatinous consistency