Which measuring scale should I buy?

I am trying to buy a measuring scale so that I can stop using cups and start measuring by weight. I’m personally not sure which to buy. Here are two options: 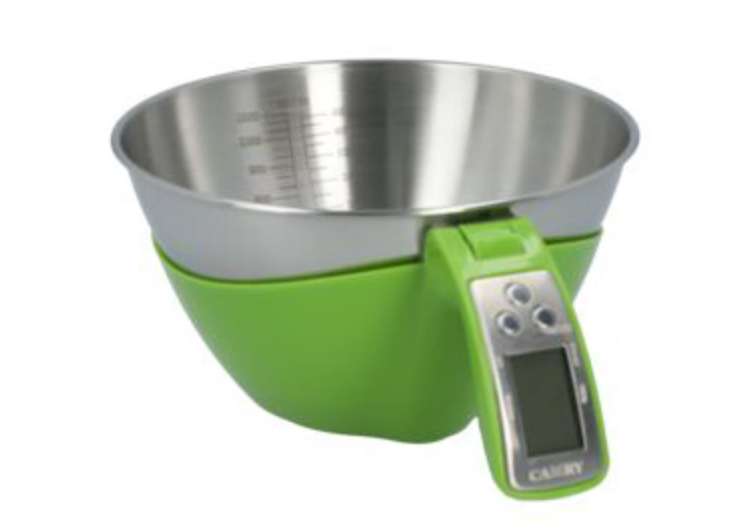 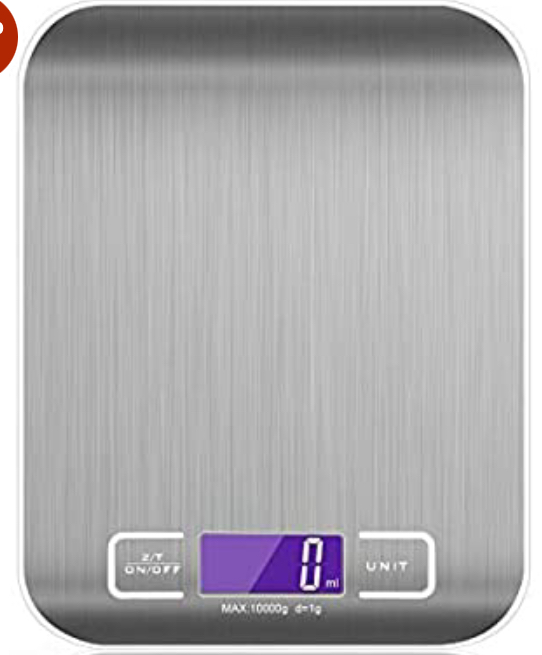 Can some experienced bakers out there tell me which would be more convenient (in terms of time, dirty dishes, durability etc.)? If you prefer neither, is there one that you really do prefer?

Note: I’m currently deciding about the “type” of scale, haven’t decided on models or brands yet.

Get a flat one.

You can put a bowl on the flat one & use tare weights*, or even negative weights (put a full pack of something on it then spoon out -150g etc.

The one that's got a built-in bowl has you locked into that system.
It also takes up a whole lot more space.

Personally, I like the completely flat, single surface, glass-topped ones. The glass can be scratched if you're not careful with rough ceramic bases etc, but it's pretty tough & very easy to wipe clean. The more 'fiddly' the top is, the harder it is to keep clean.

From comments
Some cheaper scales apparently cannot do negative weights - which is something I would very much miss. Apparently all modern Salter scales can do this - & as their entry-level is about $£€ 12 & even an expensive one is only about $£€ 30-40 I'd pick one of theirs at whatever suits your price-point. Not expensive for what is essentially a lifetime purchase.

*For sake of completeness, tare weight means you can re-zero the scales at any time - so you can put a bowl on, then zero. Add 50g flour, re-zero… saves you having to keep a running total in your head if you've a complex recipe.
To do negative weights you put a full pack on the scale, zero it then remove the required weight, which will then show as minus figures down from zero - again avoiding any complicated calculation.
Another very neat trick with the tare function is you can weigh 50g flour, then add 'an egg' re-tare & add 140ml water or even 'half a pint', just by swapping units after you press tare. It makes the whole structure very flexible.

Late edit
There is some debate as to whether you want totally flat, or with a sloped display so you can put a bigger bowl on it & still see the numbers. Also, whether you can read the display in low light.
Mine is large enough for every bowl I own. Until this cropped up I'd never even thought of ever putting a plate on it, but yes, that might be an issue.
Mine has a large LED display, so room lighting is not a factor.
Of course, you want one you can always reach the buttons even when loaded.

I suppose, TL:DR
You want anything except one that forces you into always using their bowl ;)

Last note - the 'flat' one in your picture looks like it curves away at front and back. Avoid that too - it makes the useable surface much smaller than it looks.

Get a flat one. But watch out where the sensor is placed.

I agree with the answers recommending the flat version, I just want to point out a detail that is easily overlooked, but might make quite a big difference.

I have flat scale just like the one in your picture. Mine (and likely yours too) has the sensors built in its feet. While this probably helps with keeping the scale as flat and thin as possible, I wouldn't get it again because it only works on a completely flat and clean surface.

There are other scales like the one in the image below which are a bit thicker, but have the sensor between the weighing plate and the housing, and not between the housing and the surface they're standing on. This allows them to work on dirty, warped or otherwise imperfect surfaces just as well. Might not seem like a big deal, but I still find myself wanting this function quite regularly. The only drawback I can think of is that it's a bit harder to clean, but that's something I could definitely live with. 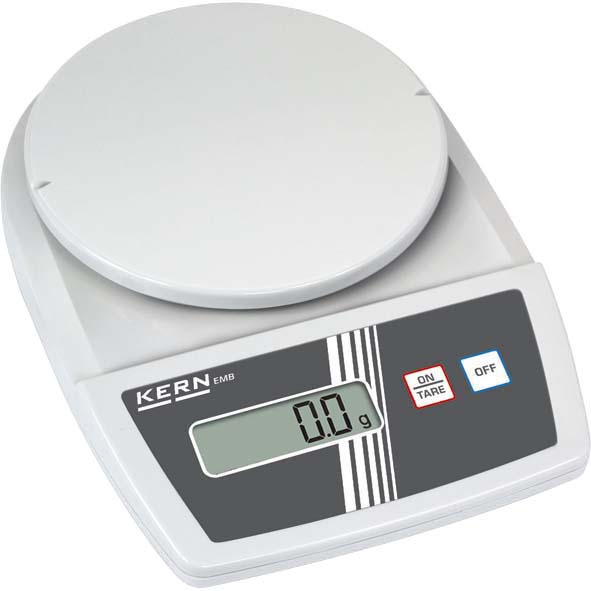 I guess I'm going to have to be the person to argue against the flat scale -- I really don't like ones like in the picture with a display that's intended to be read from above. The problem is that if you have a reasonable sized bowl or plate, you end up covering up the display, making it nearly impossible to read. And if you have a kitchen with a single overhead light fixture, even if you get your face down below the bowl, it's going to be in shadow.

So you have to do things like like placing a ramekin on the scale, then the bowl on top to lift it up high enough so it's not blocking the display, making the whole thing prone to accidentally knocking over.

I would look instead for a scale that has the display at an angle. It usually means that the scale is larger, as it needs some thickness to it to put the display. I also once saw a scale with a detachable display (on a cord), but I'd be concerned about durability.

But that being said, there are other factors that should go into your scale purchase decision:

Flat one - the stabilization points (legs) are spreaded on bigger surface and give better results. They have bigger surface to work with.
Are better for cleaning (as in the whole scale can be cleaned especially if it's water resistant one, while the jug ones are designed to only bowl being "cleanable").
Flat ones are usually (Or I would advise to look for such) designed with durability in mind - stainless steel, hardened glass, ABS plastic with stainless steel pan etc.
Jug ones have usually SS bowl but the "handle" is made from very cheap plastic. To the point that the bowl was rated to be used with food. But not the handle. And in lab-like enviroment you have in kitches (acids, high temperature, chemical reactions) I prefer to have stuff that won't melt because it was next to hot points.

Ability to work on the scale. Jug scales are designed to work with wet and loose ingredients. Which means using other stuff is tricky. With flat scale you can put a butter and cut off needed amount. You can put two containers and measure at the same time.

Get a flat one, and make sure it uses readily available batteries (or mains power). Flat stores easily, can work with any bowl - and then the bowl can be cleaned separately from the scale.

My first scale functioned fine, but it used some kind of weird "N" battery (kind of AA size, but shorter & fatter). These batteries had to be ordered online, and when you're half-way through measuring on Saturday morning, you can't just pop out and get another.

Other things to consider:

Not the answer you're looking for? Browse other questions tagged baking equipment measurements measuring-scales or ask your own question.

25
What to look for in a kitchen scale

13
Why buy a more expensive kitchen scale
7
Measuring glucose syrup without wasting it
5
Measuring egg whites
4
What oven should I buy, which is appropriate for baking?
2
How to measure 7g yeast and 10g salt without a proper scale?
0
A strange problem with BWT Initium 2.5 l filter's scale
25
What to look for in a kitchen scale
54
How do I get something sticky like honey or Golden Syrup off measuring spoons or measuring cups? Is there a better way?
0
Inner dimensions of Anchor Hocking glass measuring cups
18
What are the risks to store a digital scale under an object?