Ask Question
Asked 9 months ago
Active 9 months ago
Viewed 131 times
1
Closed. This question needs details or clarity. It is not currently accepting answers.

Can somebody keep food warm by using heat from inside of an electric vehicle or do these vehicles waste less thermal energy, meaning more efficient in traveling then warming?

Because electric vehicles don't rely on combustion to create energy, there is no waste heat generated that can be diverted to the passenger compartment.

I've never driven a modern electric vehicle (although I did help build one that took first place in the 1995 World Solar-Car Rally and 4th in the 1995 GM Sunrayce), but my understanding is that they use electric heating, which will decrease your maximum distance.

In addition, battery packs can be discharged deeper when warmed, and so you'll lose range from that, as well. Consumer Reports recommends pre-heating your vehicle while it's still plugged into wall power if your vehicle can do that.

I would instead recommend looking at other questions about keping food warm while traveling:

I had a V8 car with a fridge, but it had no food warmer. A petroleum-powered car can heat a car with minimal extra fuel usage, due to the large excess heat. However this is likely to be limited to around 30C, which is largely useless, though some very crude vehicles have engines mounted underneath the floor, which can get hotter than this.

There are a bunch of gadgets that can be used in a car to heat food, and they will rely on the cigarette lighter socket. This is 12V, which you could step up to 110/220V/whatever your local power is using an inverter which plugs in there. Of course it would be better to use a dedicated 12V device, since the inverter is inefficient.

12V stoves or what have you will vary but you are generally looking 100-150W, which is not much. Good insulation and a longer reheating time (like a slow cooker) could be more efficient when the engine is running, since the alternator is producing power, so a steady drain in this context does not need to drain the battery.

A typical car battery is likely to be around 60Ah. This is x 12V, so 720W. Connecting directly to the battery will be the most efficient option. You would not be able to draw 720W from the battery, generally DoD for car batteries is going to be down to around 50% if you don't want to cause damage, so you are looking at pulling maybe 300W out of there. If your battery is already depleted by many short journeys or age, then things will be worse than that. Keeping the engine running while drawing battery from the battery will stop it depleting - a car alternator can go up to 100 Amps or so, but that depends on heat, which may reduce the current. However this is massively inefficient.

An electric car is going to have huge advantages for running appliances. Whereas you might be lucky to pull 0.3 kW out of the puny starter battery on a car, a 2020 Nissan Leaf has a 40 or 62 kWh battery. A very hot stove is around 4 kW, and if you wanted to cook something there at that speed it might take just a few minutes (so perhaps 200W used). An oven might cook with something in the range of 1.5 kW, but that's not going to be going at that speed all the time. 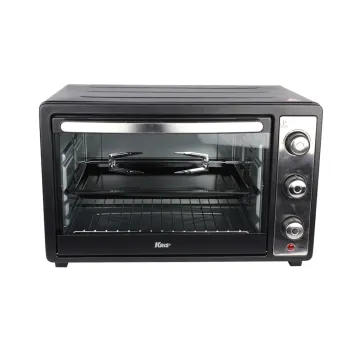 which is 1.2 kW, then that element is going to be turning on and off so actual consumption to bake a cake, for example, is going to be a good deal lower.

This is a pretty small % of the capacity of an electric car battery, so at least in theory if you were to go around with a mixer, oven, induction cooker, and so on, then you could pretty much cook a bunch of stuff with little impact on the car's range. The fastest car chargers are up to 250 kW, so again taking out a few kW cooking even an elaborate meal is not really a big deal.

Note that electric car batteries are lithium and can be completely discharged without damage (though you'll need a charge to get the car moving), whereas a lead acid starter battery in a petroleum car cannot be, so this gives a bigger advantage to the electric vehicle.

The biggest point is that a car is not designed to heat food, so while there's waste heat aplenty when running, you can't easily harness that in a targeted way, so you are better off with a source of stored power which can be directly used at nearly 100% efficiency, i.e. a battery.

A commercial heated van such as this one: 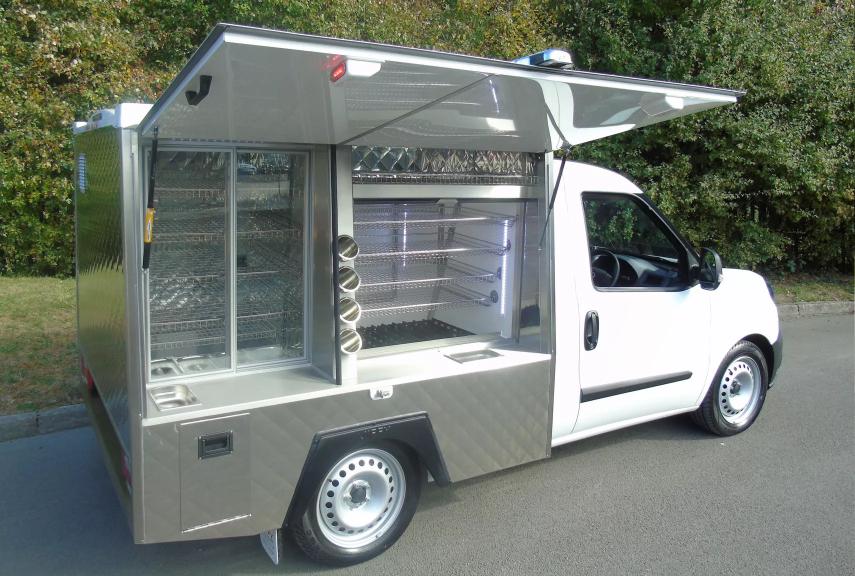 uses the car's alternator. This is effectively the same thing as a generator. A car is probably more efficient than a cheap gasoline generator (which will be at 3000 rpm all the time), but likely less efficient than a more sophisticated inverter type, which can spin down under smaller loads.

Effectively consider that the van must idle at perhaps 600rpm, and at that this speed it is burning maybe 0.5l of fuel an hour, which is around 6.5kW of energy, and with 50% efficiency, can therefore produce 3.25kW. My rice cooker uses around 30W to keep 1kg of rice warm. So the true efficiency here is something like 0.5%. In this case it's much better to heat from a large battery with no engine running.

Since the car engine already produces electricity, there's little incentive to harvest the waste heat as well, over and beyond the heat pulled out of the engine coolant by the car's passenger heating circuits, since the amount of electricity you can get out of a running engine is much larger than you would need to keep food warm anyway.

Not the answer you're looking for? Browse other questions tagged heat food-transport or ask your own question.

2
How to keep fried fish warm and crispy during transport to venue?
15
Science of fast (high heat) vs. slow (low heat) scrambled eggs and omelets
2
Roasting pork and traveling
13
Why does oil transfer heat to food more gradually than water?
1
Heating part baked baguettes in lid-covered pyrex
5
Scientific results on which oils to use for pan-frying