Why did my bagels flatten?

This weekend, I made Peter Reinhart's water bagel recipe from The Bread Baker's Apprentice. The bagels taste yummy, but they're flat wrinkly discs! What can I do next time to get nice puffy bagels instead? 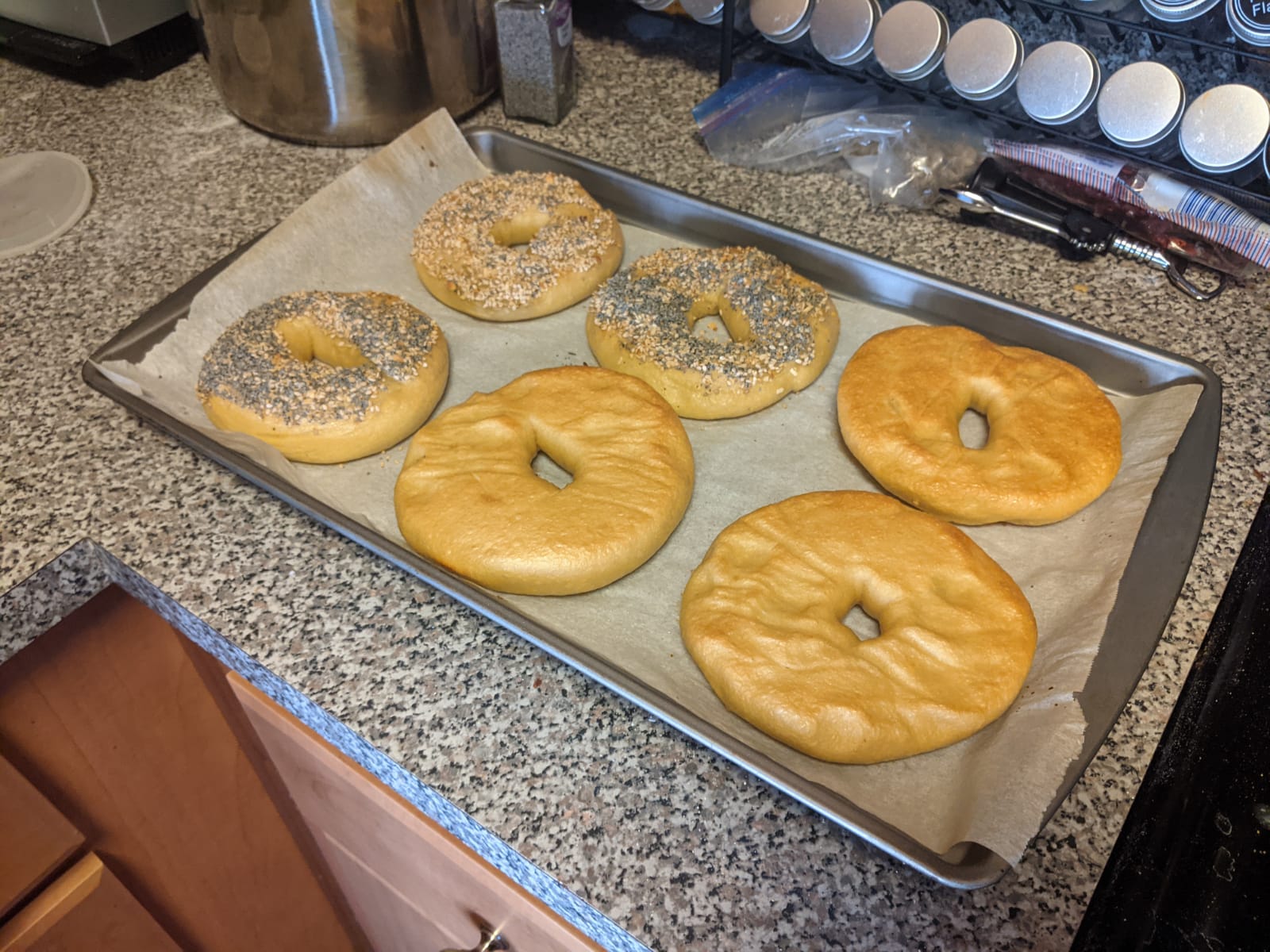 The recipe is basically:

Here's what the bagels looked like at that point: 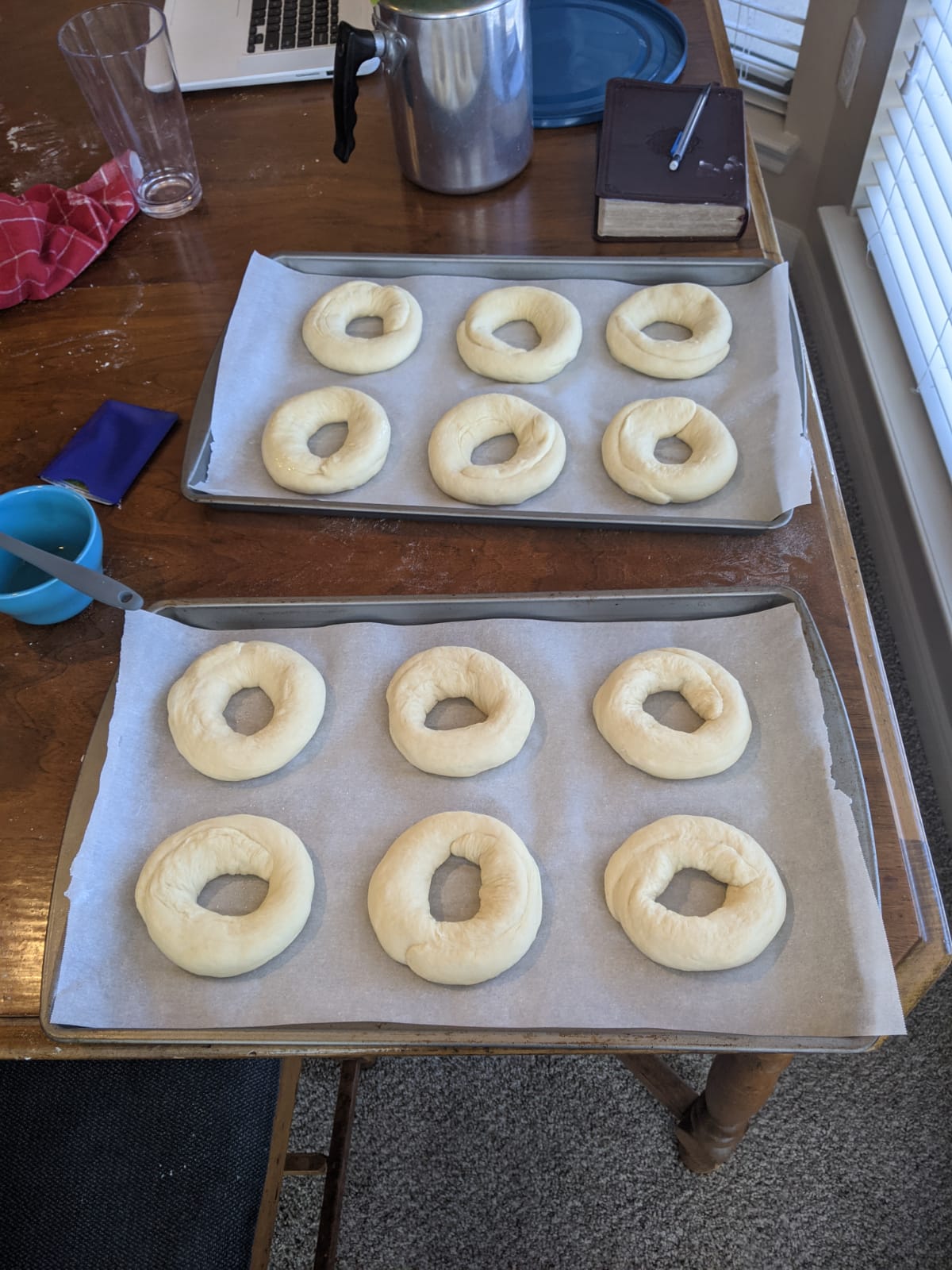 The finished bagels are tasty and chewy, and the crumb is somewhat dense but not THAT bad: 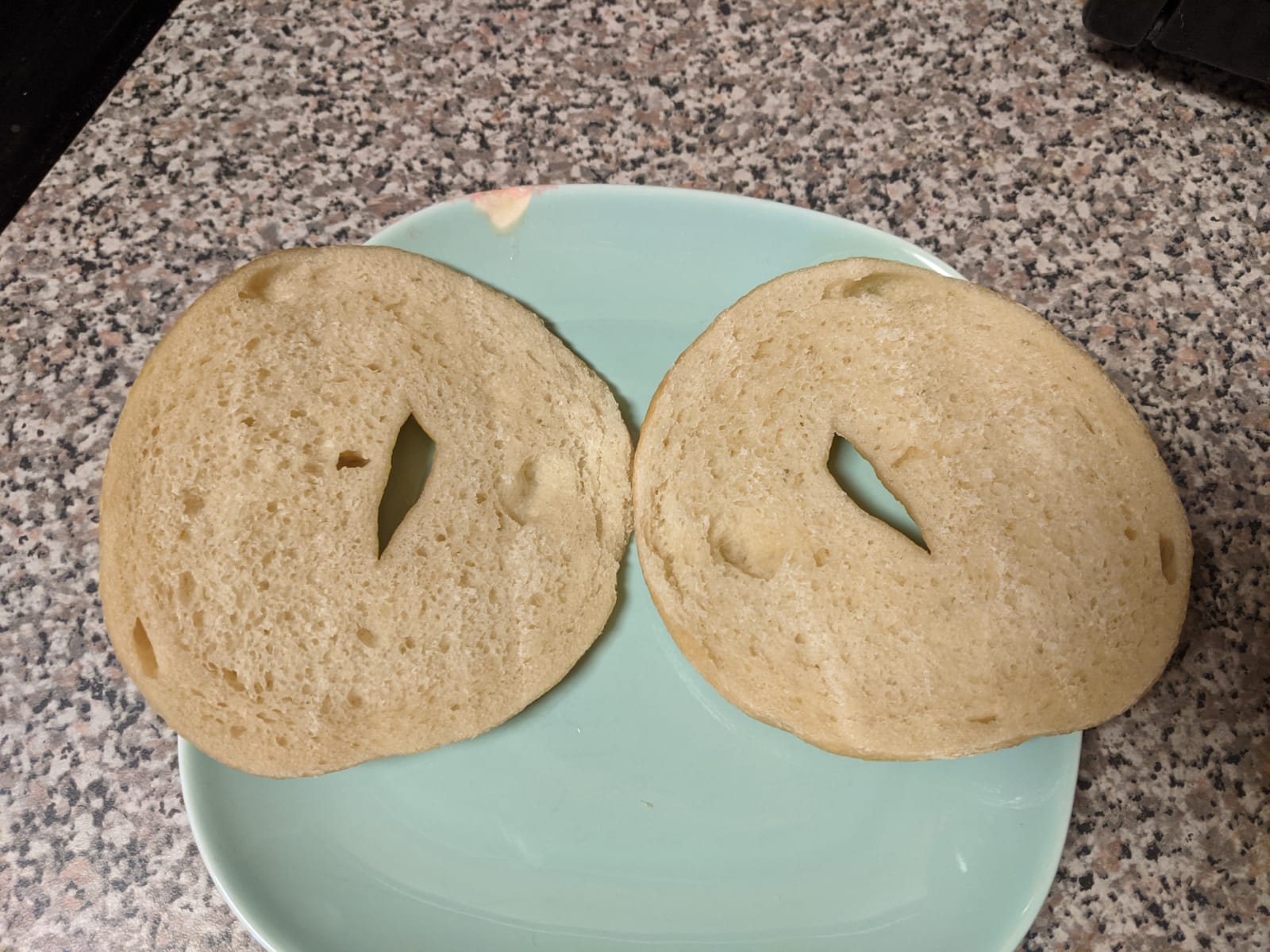 But they're so flat!! The uncooked formed bagels almost look taller, like they spread out during/after boiling instead of poofing UP.

Here are my current hypotheses about what could have happened:

What do you think? What should I try next time to get poofier happier bagels?

Per Johanna's diagnosis of overproofing, I tried halving the yeast and then otherwise making the bagels as I did above (just with a bit of extra rise time for the sponge), and they turned out so much better!! 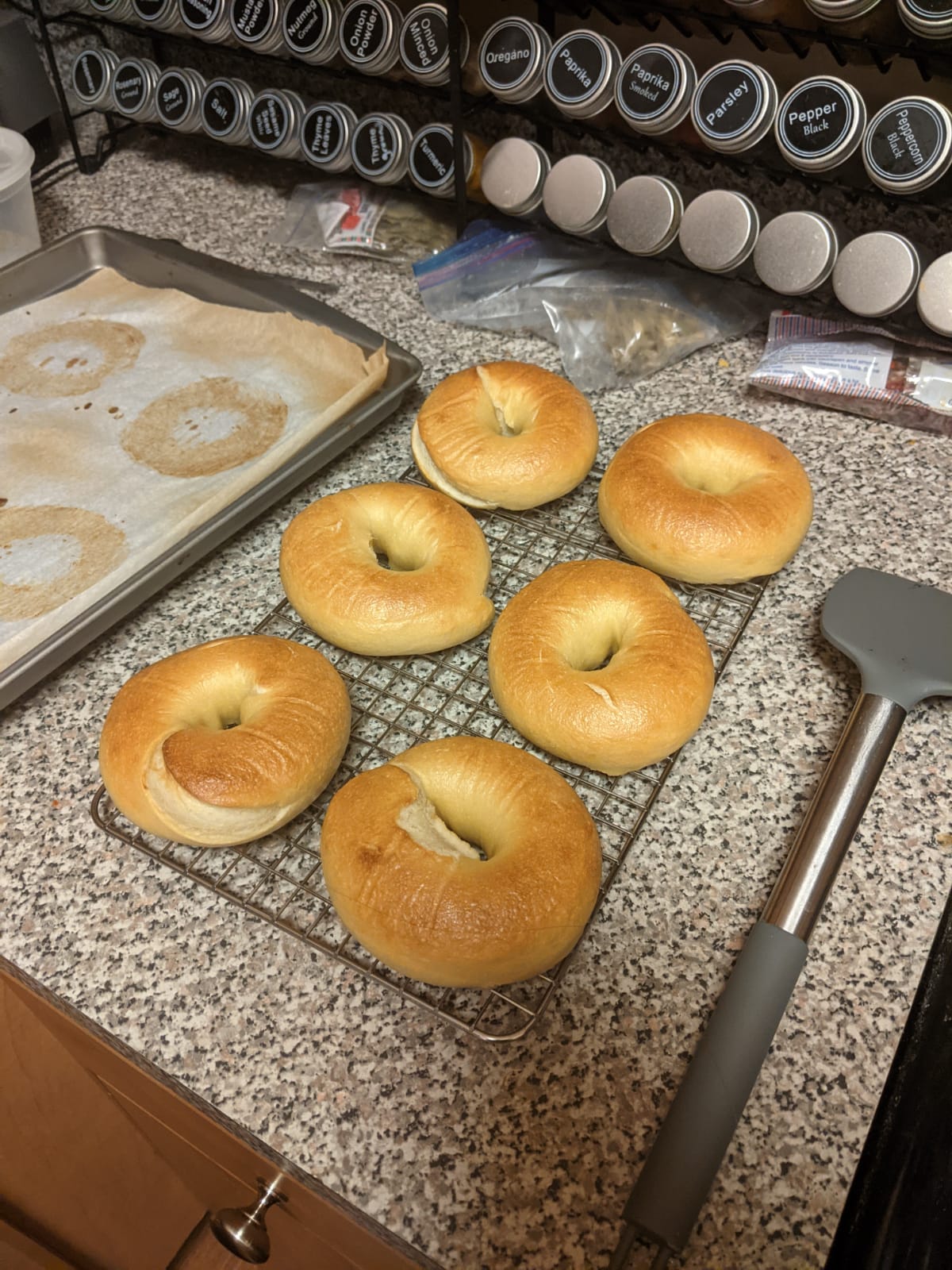 I pulled out a couple after 4 hours in the fridge, and they puffed up well but were not particularly flavorful. The rest I took out and boiled after 24 hours, and those were great!

Bagels tend to flatten when you remove them from the water if the dough is overproofed or you boiled them for too long. Next time, let them proof for shorter time in the fridge (I find that doughs get overproofed in the refrigerator after about 12 hours, so 24 hours is a very long cold proof) and possibly boil them slightly shorter.

Besides Johanna's overproofing hypothesis (which I find very likely), it seems you boiled them straight from the fridge. I would never do that, dough behaves much better when it is allowed a long warm up step after having been in the fridge.

I don't think the gluten content of the flour contributed anything to the deflation. While bagels are indeed made with high-gluten flour (actually higher than bread flour, there is a table in Bread Baker's apprentice I believe, check it out), you can get perfectly good rise out of all-purpose flour, and many breads are baked with all-purpose flour. Of all the probable causes you are listing, only the first one - added yeast - sounds like it can cause these symptoms. The more yeast you add, the less time you have before it overproofs.

Not the answer you're looking for? Browse other questions tagged bagels or ask your own question.

5
Bagels not rising
8
What Garlic to use for Garlic Bagels
4
Getting poppy seeds to stick to bagel
8
Bagel Failure - what happened?
2
What is an appropriate water to yeast ratio for hydrating yeast for bagels?
1
Why are the cinnamon sugar bagels I buy becoming so wet?
3
Does my "bagel flour" need malt powder added?
2
Bagels: Flat, no rise, gummy inside. Over kneading?
1
Why did I get wrinkled bagels?
2
Why are these bagels sticking?