I just bought a loaf of bread yesterday, and went to use some to make a sandwich. I found a tiny white spot on it that is about the size of a rice grain, but it doesn't look like normal mold. And when I touch it, it is hard.

Is this some type of mold? Or is it just a bit of grain that got stuck in the bread? 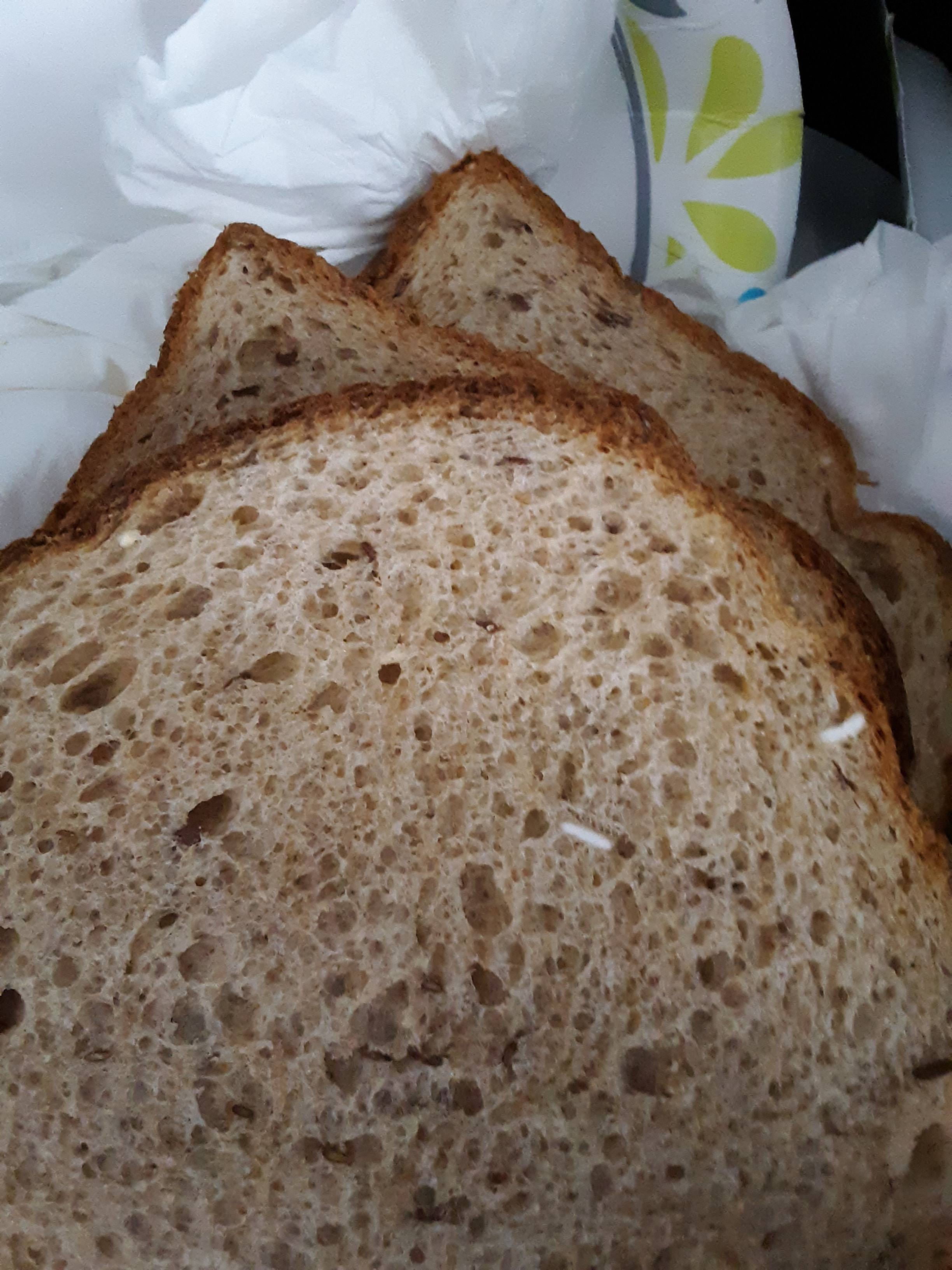 I'd go with grain or more likely flour/unmixed dough

It's very unlikely to be mould in between slices like that, even if pre-sliced, and essentially impossible if you just cut it.

Bread is also generally made and shipped pretty quickly, so if it's got a few days left on its date (or was bought loose, meaning it should have been freshly baked) it shouldn't have had time for mould to form.

As you say, it doesn't look (or feel) like any of the mould found on bread, which is usually fluffy, hairy, or even scaly. It does look like inclusions I've sometimes seen on home made bread when barely cooled enough to cut - no chance for mould.

So I'd eat it without worrying. It does look a little like a grain, but if I see that in my home made bread, it's flour that's got wet but not mixed in properly (often near the top as it was stuck to the pan while the loaf was rising).

Brings be back to the time I gave my first answer: What are these white spots in my bread dough?

The logic is pretty similar. If it's hard, it mostly like is a case of grain stuck or a lump of dry dough in the bread. If it's soft, mold is possibly the reason. But even if you didn't tell us it's hard, simply by judging from the image, it appears to be some grains that got stuck in the dough and sliced down the middle.

1
What are these white spots in my bread dough?

2
How to adapt recipes to hard wheat flour
2
How is it that brioche rises so high?
13
I want to duplicate my bread mistake!
2
Making whole wheat bread in a bread machine? What kind of flour?
4
Why won't my bread rise much during baking?
2
My sourdough starter has turned yellow is it still good?
3
Are these tiny white dots on my bread mold?
0
Why is my white bread with poolish dough very loose?
1
Help making multigrain bread for first time