This was my first attempt seasoning a piece of cookware. I used the following approach:

After all that, I think I have some flash rust under the seasoning. Please see the red circle in the picture. Is this rust, and does this mean I need to strip it and re-season it? If so, how could I avoid the having this happen again? 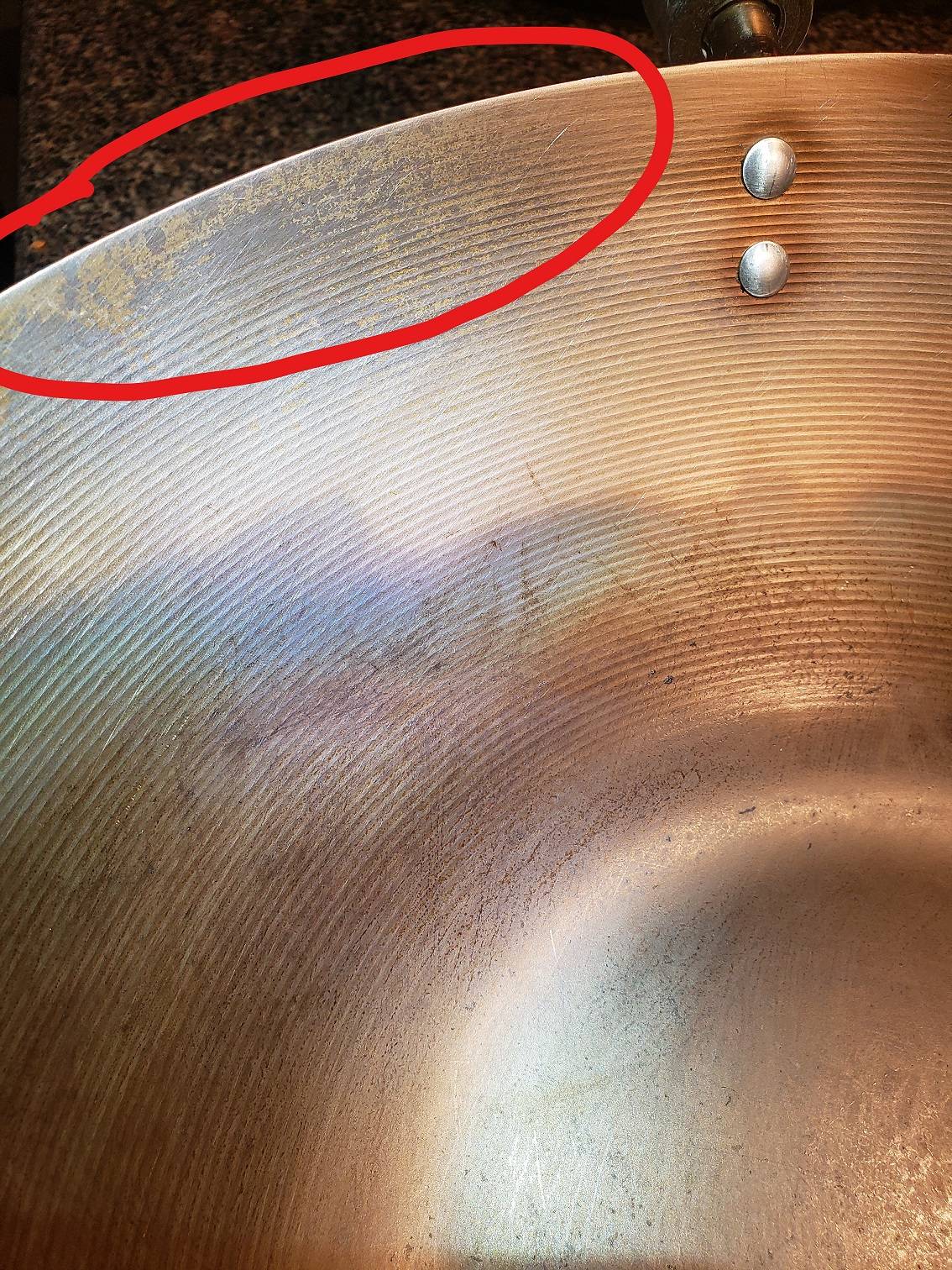 It's hard to tell with those lighting conditions, but no it does not look like rust. It looks like either another layer of (partial) seasoning or the bare steel that has been partially heat tempered: https://upload.wikimedia.org/wikipedia/commons/8/89/Tempering_standards_used_in_blacksmithing.JPG

Rust is a dark burgundy color and red rust in particular will wipe off with a paper towel. If this happens to be red rust, you can just clean it off with soap and a sponge and season over it.

Not the answer you're looking for? Browse other questions tagged seasoning pot carbon-steel or ask your own question.