What is this on sourdough starter?

I have a sourdough starter which I feed roughly once every 2-3 days (throw away 95% of it, refill with water and flour). Sometimes I forget and wait 5 days between feedings, and by that time it often has developed what looks to me like mold on the top. It looks super interesting and I'd really like to know what it is. A picture is below. It's grown like this a few times, and the starter keeps rising and producing good bread, so it's definitely still alive and well. 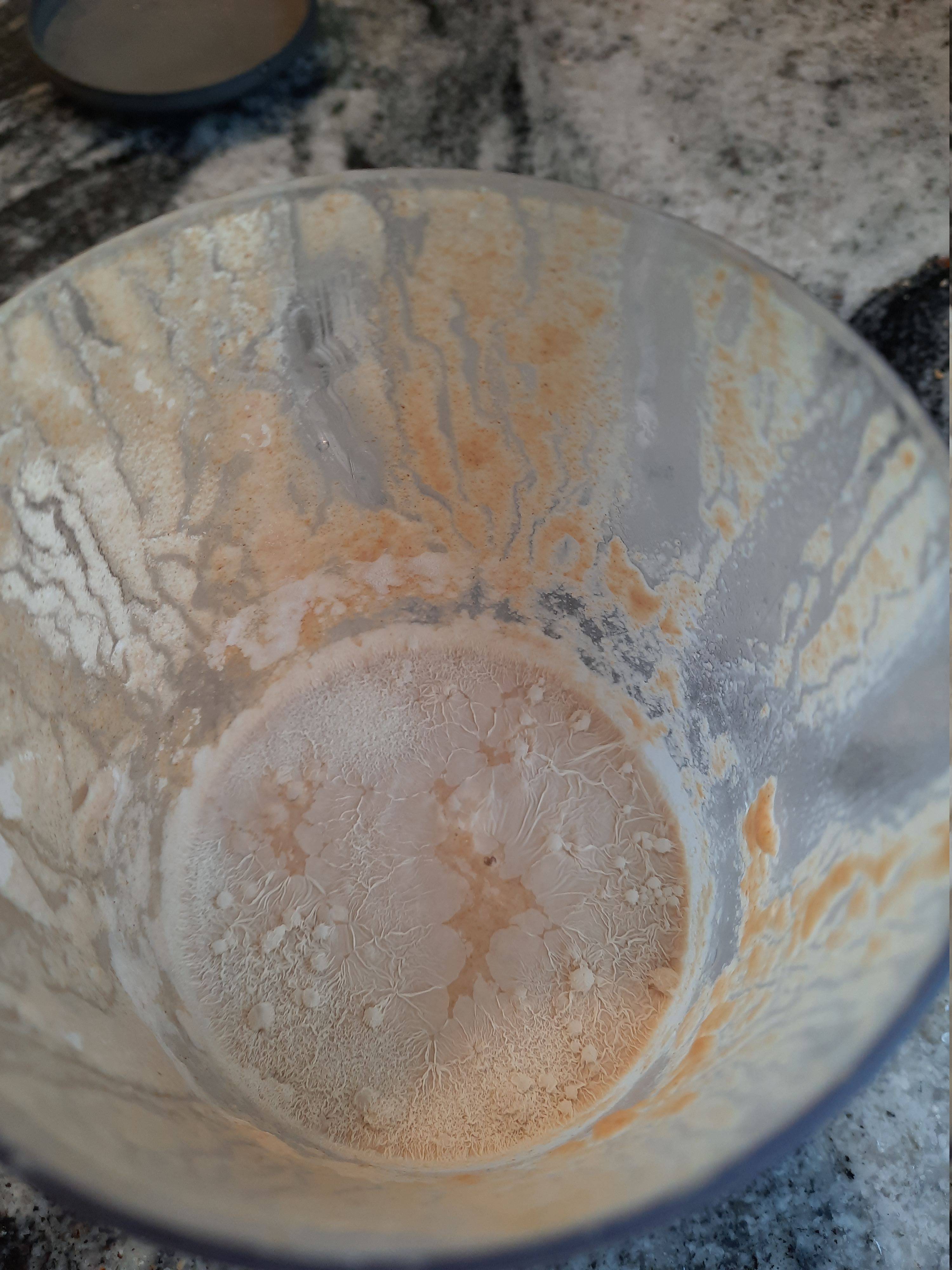 I don't see anything that has grown there, except for the starter itself. The starter used to be more expanded, its skin dried up in the expanded state, then it fell back down and the skin tore in places and wrinkled up - this is what you are probably picturing as a growth. It also trapped some gas bubbles (the round warts). There also seems to be a layer of hooch formed under the skin. Where the skin is torn, a single untrapped bubble is also visible at roughly (45°, 0.2r).

If you had actually had a mold growing, I would have advised against baking with the starter, because it is unsafe, even if the bread rises.

Not the answer you're looking for? Browse other questions tagged sourdough mold sourdough-starter or ask your own question.