Can I dissolve mint in water and drink it?

I like mint and sometimes put some in a cup of water. My question is can I grind the mint into a fine powder and dissolve it? Maybe if the water is warm? Usually mint like in this pic 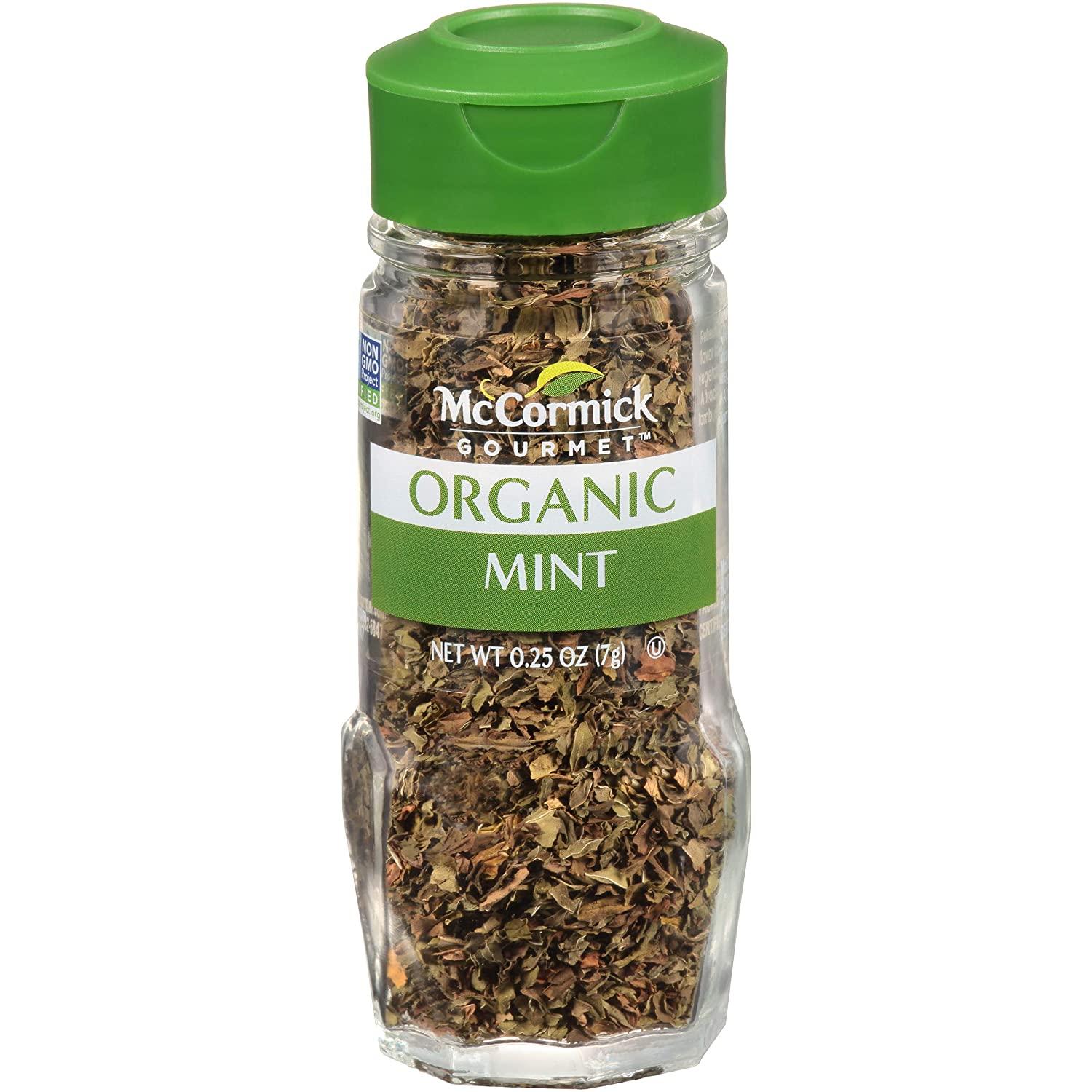 just settles on top of the water and the flavor slowly seeps into the water. If I grind it up even finer will it dissolve? What should I use to grind it?

No, mint won't dissolve in water (leaves are mostly cellulose), but it does make excellent tea.

For best results, I recommending purchasing whole leaf mint intended for use as a tea. That way you can experiment and determine which kind of mint you feel makes the best tea (or make your own blend, I like spearmint tea with a single peppermint leaf thrown in).

Mint leaves, and plant matter in general, won’t dissolve in water no matter how finely you grind them. They are largely made of substances which are simply not (very) soluble in water. At best you’ll achieve a “suspension”, where the particles remain suspended in the liquid for some time; but it won’t be stable, and eventually they’ll sink to the bottom or rise to the top.

If you want to make mint tea, strain the leaves out once it’s brewed.

You have several options for mint-flavored water, and none of them includes dissolving dried mint leaves in it. As others said, leaves don't dissolve in water (plants would be in a lot of trouble if they did!)

For ordering the alternatives, I used a rough combination of taste, convenience and sensibility. You might find that your preferences differ, and that you are happiest with something that is not at the top of the list.

In pure water, no plant matter will actually dissolve. You can get close by forming a suspension (this is how green tea made using matcha is made, as well as hot cocoa), but it will not actually dissolve because cellulose and lignin are very insoluble in water and account for a majority (by mass) of all plant matter.

There are three other methods used instead to produce beverages, sauces, and other water-based liquid derivatives from plant matter:

For most plants in the mint family (not just Mentha species, but also stuff like balm, sage, catnip, and rosemary), decoction and infusion both work reasonably well, and all three need very hot water to be practical because most of the compounds that you actually want for flavoring or medicinal properties are not very soluble in water. Most preparations you will find for mint are likely to be infusions, though they may not be water based (infusing mint into ethanol for example is very easy, because menthol and the other flavorants found in mint are all very soluble in ethanol, and is part of how mint-flavored liqueurs were traditionally made). Note that dried versus fresh mint will give you different flavor profiles for otherwise identical preparations.

You can, of course, also just grind up the mint and create a suspension (just like with matcha or hot cocoa), though you will generally want dried mint for that. Fresh mint will give you a paste instead, and while that can be used to create a suspension, it will usually be a lot stronger in terms of flavor.

You can grind dried mint in any blender or food processor. You don't need a particularily good blender, as long as the mint is dry enough you should end up with something similar to Matcha Tea, maybe a bit more coarse.

If you're not happy with the result you can use a mortar and pestle to make the powder finer, but be aware that it is a time-consuming process.

As the other answers already explained the powdered mint would not dissolve; however if mixed vigorously (as you'd do for matcha) it will take much less time to steep.

The beverage will also have a different (most likely stronger) flavour and texture due to the mint leaf particles in suspension.

Whether the faster steep time is worth drinking a "chunky" tea (or the hassle of filtering the tea through a coffe filter) is up to you.

Leave the mint tea in a ultrasonic bath overnight and most of the mint will be pulverized into the liquid. Add some soy lecithin as a emulsifier depending on how oily/waxy the mint plant is.

Though I never tried this with mint, it works well with green tea and comes out like a matcha tea hybrid.

Yes, you can, the water wil taste kind of minty then because the flavor of the mint is strained into the water.

Not the answer you're looking for? Browse other questions tagged water herbs drinks grinding mint or ask your own question.

9
Lemon and Mint drink
4
Should I crush the spice for Chai Tea Latte?
6
What is the name of this drink and is there a substitute for the pineapple?
6
How to absorb/remove excess water that you've added to a dish?
30
Will Cinnamon ever dissolve in a cocktail?
5
How Long Is Mint-Infused Water Safe to Drink?
2
Water turned brown
2
What does it mean when adding a little water causes oil to loose its falvour?
5
Preventing discoloration when making fresh mint liqueur
38
Does water "go bad" in this sense?