What is white meat and dark meat in Canada KFC?

According to US KFC, a chicken is cut into 2 breasts, 2 wings, 2 thighs and 2 drumsticks. White meat is breasts and wings, dark meat is thighs and drumsticks. But on KFC Canada's website, the options confuse me. Do they have different cuts or a different meaning? 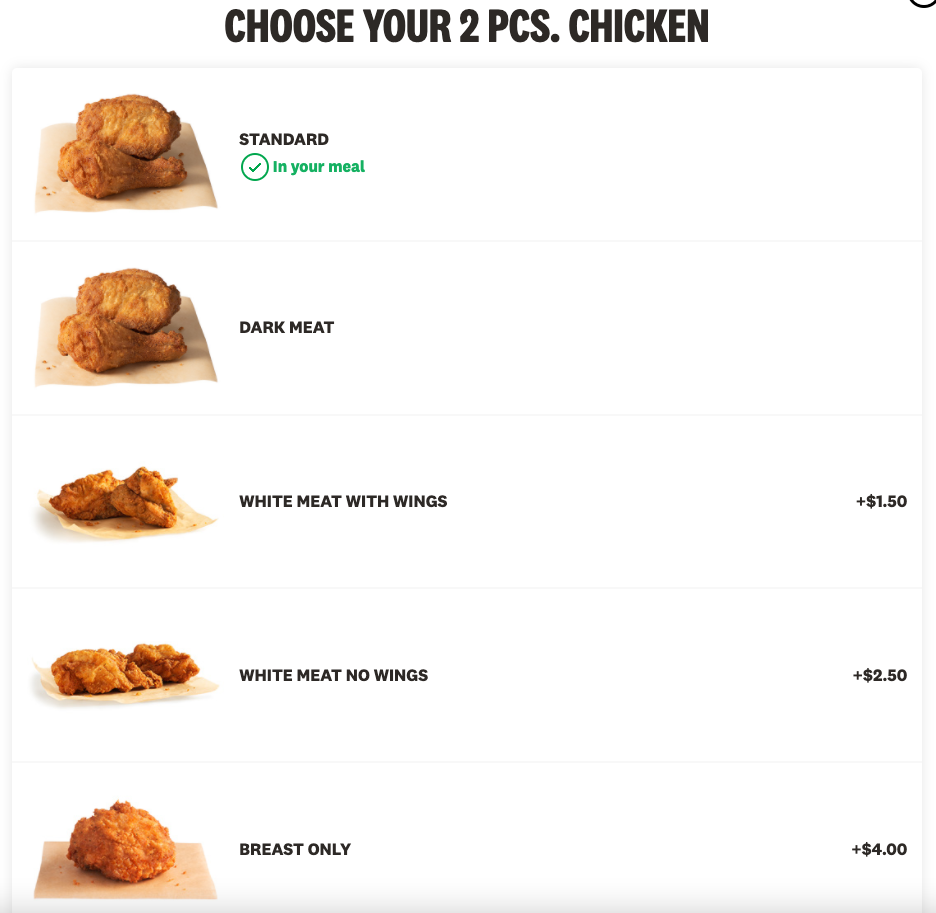 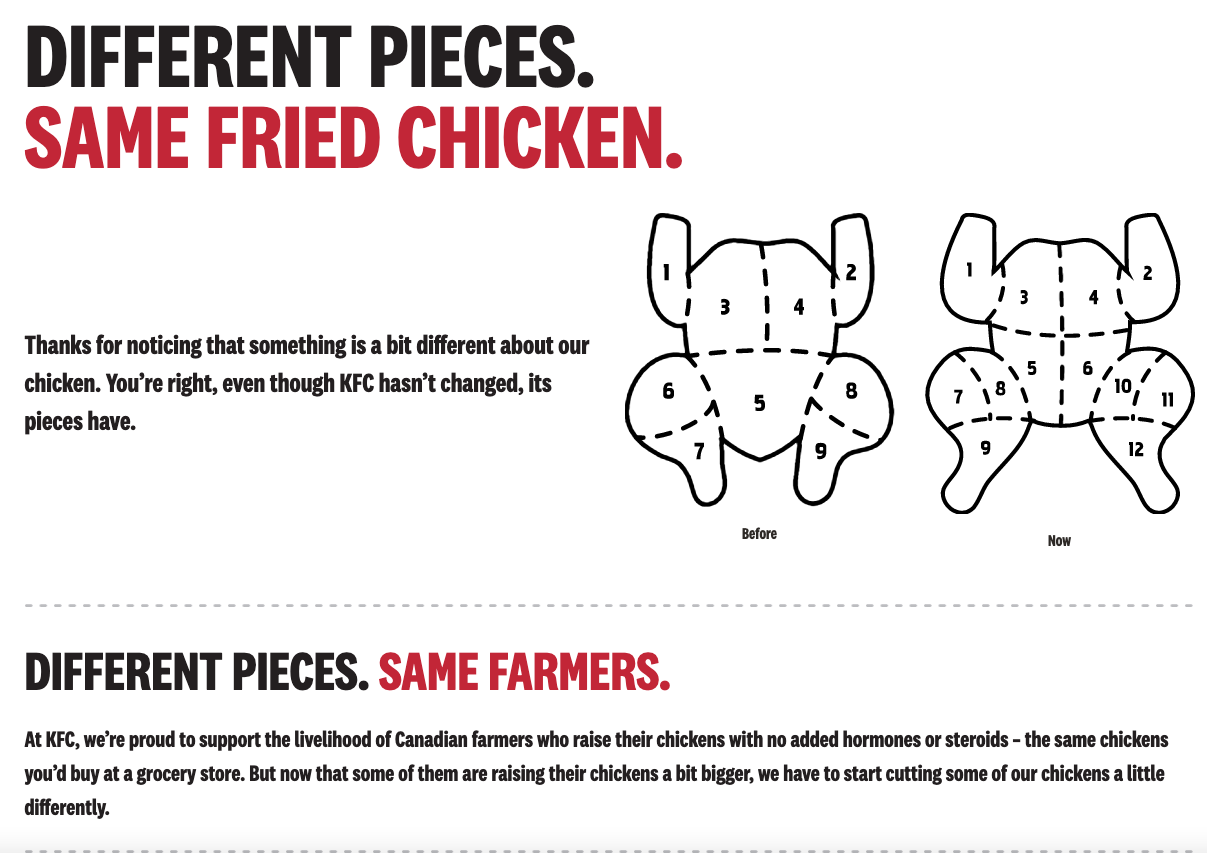 So, since nobody answered it yet, this is a classic case of "shrinkflation", which is companies disguising increase in price by reducing serving / package size. Which, coupled with the already expected difference in portion sizes between countries, may lead to confusion if you're used only to your country standard.

The 9-cut diagram on the left represents the original 9-piece cut scheme from KFC, with:

Of those cuts, only the breasts and the keel are considered white meat.

KFC then proceeded to "shrinkflate" by changing the cut scheme to the one on the right, with 12-pieces by splitting the larger pieces in 2, so you have now:

The classification of white x dark meat doesn't change, so you'll have 2 breasts and 2 keels as white meat and all the remaining parts as dark meat

Now, let's talk about one important concept in food pricing that's called "non-edible portion". Chicken has bones, which are considered non-edible, and those bones are not uniformly distributed across the chicken. If you take a good look at the different chicken pieces you'll see that the white meat (breasts and keels) has relatively less bones, with the breast having more meat than the keel. So, you get more meat per piece of chicken.

Of course, KFC has accounted for that when designing the menu, so that's why you're going to pay the normal price for the standard dark meat pieces and pay extra for the following options, as you're effectively getting more chicken:

Not the answer you're looking for? Browse other questions tagged chicken meat poultry or ask your own question.

4
Cook boneless skinless chicken thigh portions to taste like drumsticks?
12
Why does the fat on my chicken broth sometimes solidify, sometimes not?
8
Confirming Fried Chicken is completely cooked
1
Does cutting meat into pieces make it go bad faster?
1
Chicken Noodle Soup
6
Rabbit that looks and tastes like chicken?
1
What's this white strip on the top side of my boneless skinless chicken breast?
2
What cuts of meat are preferable when you want to avoid drying out?
6
Bone-in fried chicken pieces not cooking through