I live in a condo complex where having a smoker or any sort of BBQ is difficult. I'm also on the Keto diet and I don't use most standard, store-bought sauces.

But I love some good St. Louis ribs and I want to order some naked ones from a local store. What is the best way to go about adding my own sauce to naked ribs? I was thinking about maybe saucing them, wrapping in foil and then baking them? Or just add sauce on top and re-heat? What are my options here?

The trick here is to not cook the ribs any more as you run the risk of making the meat tough. And tough meat on ribs is suitable only for the trash can.

Personally, I would put a nice layer of sauce on the ribs and broil them just enough to caramelize the sauce and warm (but not cook) the ribs. Don't want to over cook them after all...

"Nice layer" being an amount that appeals to you but enough to coat the meat and give you a nice caramelized crust while still allowing the meat beneath to warm without cooking.

Blow torching is a really popular way to caramelize the outside of numerous pastries, such as frosted cakes: 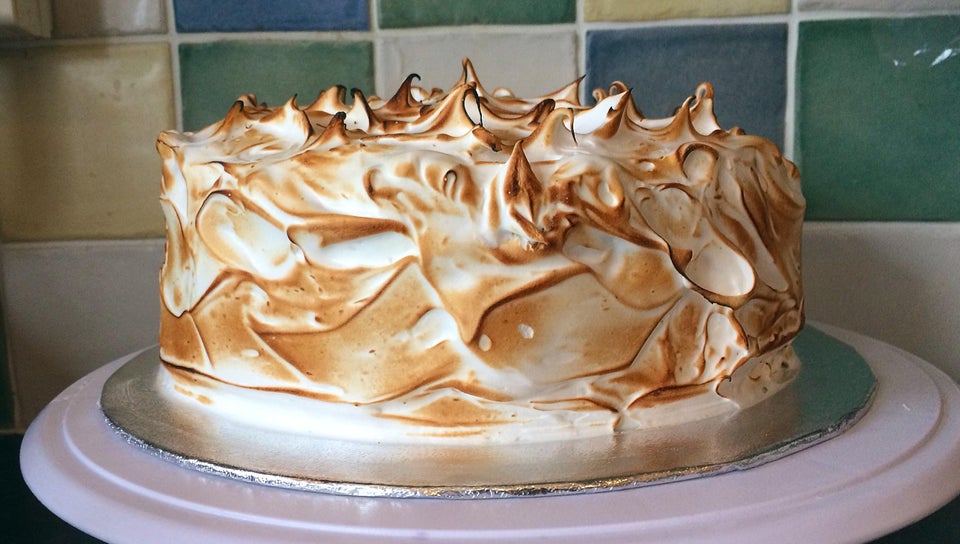 You get all that caramelization on the frosting, without damaging the delicate cake under it. I suppose you could do the same for your ribs in order to not dry them out; cover the ribs in sauce and use a blow torch to give them some caramelization.

I partially disagree with @Steve-Chambers:

You can cook them more, but it depends on how cooked they are already (if any) and what has been done to them before you got them. There is a point with most meats where cooking the for the wrong time leads to tough meat, but if you cook them longer, then the meat becomes tender - like pulled pork.

If they haven't been cooked already, I would brine, spice-rub, then slow roast or crock-pot/slow cooker for ~6-8h until very tender and meat falling off the bone. I would then sauce them using a sauce prepared for the occasion, which may be prepared from the juices from the cooking. Although having learned BBQ in Memphis TN, I also like a dry slow-smoked rib on occasion.

If the ribs have been cooked/smoked already, then cooking more won't toughen the meat too much so long as you can retain the moisture in the meat. I would reheat wrapped in foil in a slow oven (say 120 C/250 F) for ~30 min (size dependent) and then sauce with a heated sauce as desired.

Not the answer you're looking for? Browse other questions tagged meat sauce ribs or ask your own question.

14
Is dry rub necessary in making bbq ribs?
4
Lamb ribs - how to cook them
4
Spare Ribs: spacing out the soak and the grill
5
Why did my hollandaise sauce break when adding spices?
13
Safe to leave oven on at 180F while at work to cook ribs?
1
Alfredo sauce - help adding taste
4
Cooking ribs weirdly?
3
How to taste a real ranch dressing outisde of the US
2
Determining cooking time for ribs in the Texas Crutch
3
What is the difference between St Louis ribs, Memphis ribs, and Kansas City ribs?