Why is my bread dough rising this quickly?

I've been making Jim Lahey's no-knead bread pretty much since the recipe first appeared in the New York Times. In the last year or so, I've noticed a strange phenomenon: the recipe says to let the dough rise for 12-18 hrs., but the dough looks ready after 10 hrs, and sometimes as little as 8. Here's today's dough after 10 hrs: 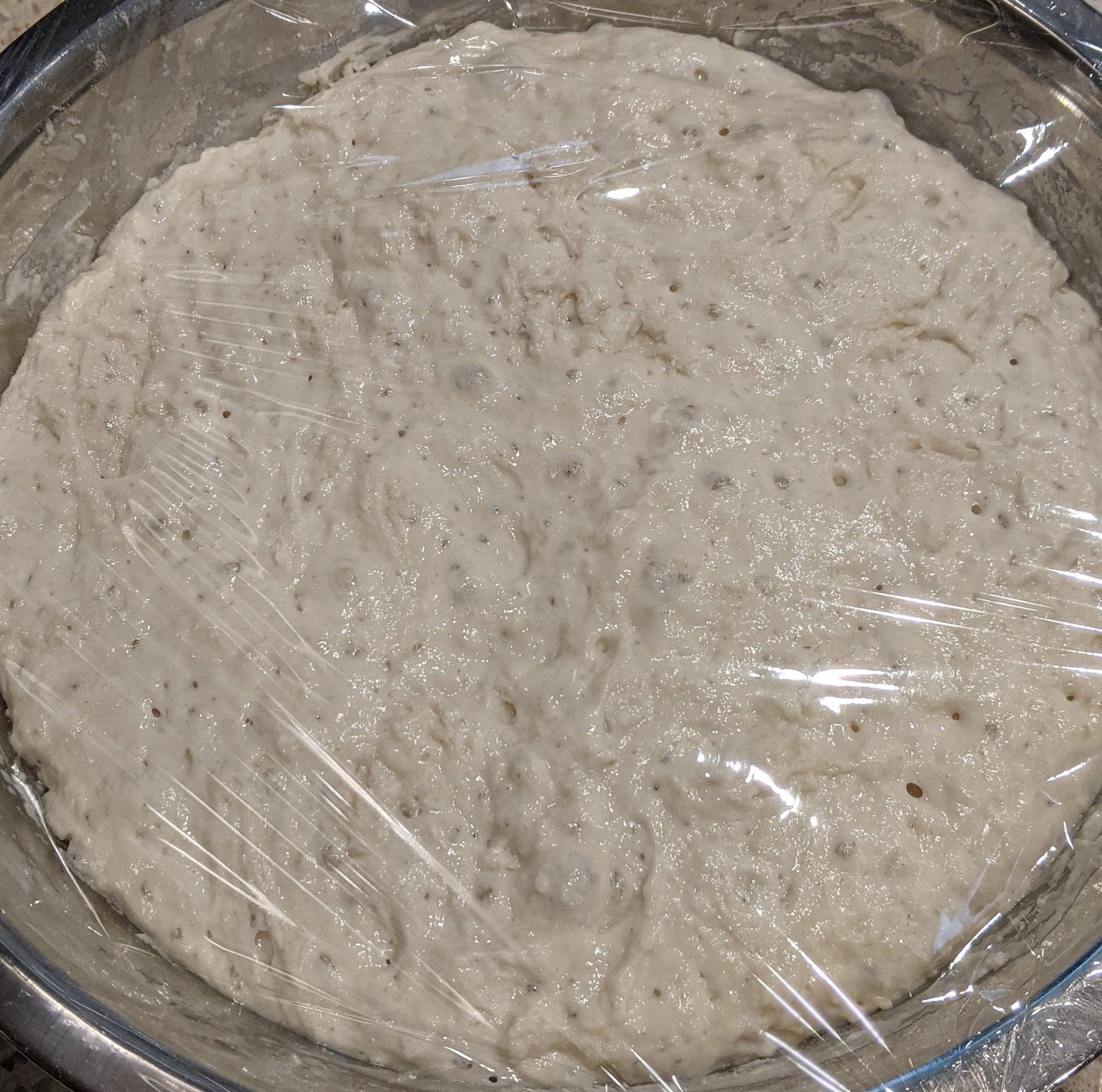 Lahey's advice is: "Dough is ready when it's dotted with small bubbles," and there they are. And that's fine, but I'm wondering why my dough is rising so much more quickly than the recipe specifies. My kitchen isn't unusually warm, so that can't be it, and I'm not using too much yeast. I'm also using active dry yeast, not instant. Here's the recipe for reference:

Combine ingredients and mix to form a soft dough. Cover and let rise 12-18 hrs. Turn out onto a floured surface, fold over on itself, and let rest 15 mins. Shape into ball, cover, and let rise 2 hrs. Preheat oven to 450F/220C with cast iron Dutch oven inside. Bake dough in Dutch oven, covered, for 30 mins, then uncover and bake another 15 mins.

My kitchen isn't unusually warm, so that can't be it

That may be so, but what is the environment of your kitchen like in comparison with Jim Lahey's when he originally produced/tested the recipe? Two major variables in fermentation are temperature and humidity (https://www.polygongroup.com/en-US/blog/the-importance-of-humidity-control-in-bakeries). All other things being equal (e.g. ingredients, technique etc.) these would appear to be the most obvious culprits.

The YouTube baker Bake with Jack (https://youtube.com/c/BakewithjackUk) stresses this point in his training videos to the extent that he states the temperature in his kitchen for all of his recipes, so that people may compensate accordingly. I don't recall any else going as far as actually stating that, but it has certainly helped me achieve more consistent results as a result.

Not the answer you're looking for? Browse other questions tagged bread yeast or ask your own question.

33
What should I cover bread dough with while it's rising?
1
Why did my French bread neither rise nor bake properly?
10
How does halving a bread recipe impact rising time?
6
Bread dough. Rookie questions
7
Long-rising/no-knead enriched breads?
8
Difficulty with frozen bread dough
0
Bread machine bread dough
5
Bread is not rising
6
Adding oil/fat to bread dough