When skimming fats (while boiling meat), what percentage does it reduce? 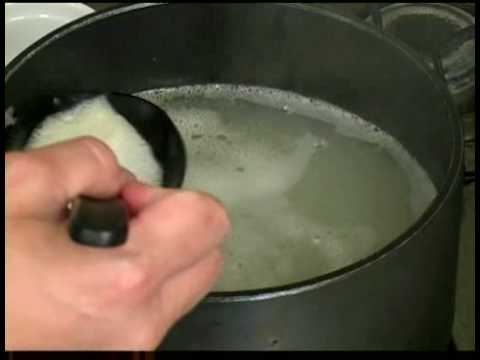 Your picture shows someone skimming scum. The scum contains some fat, but is mostly made of water and proteins. The technique is not intended for removing fat and is not effective at doing so. (In particular, it is best done early in the cooking process, before much fat has been released.)

It is, of course, also possible to skim fat off the surface of a liquid. If the liquid is allowed to settle first and careful technique is used, most of the separated fat can be removed through skimming. The percentage reduction would depend on how wide/deep the pot is; it's easier to skim a narrow/deep pot than a shallow/wide one. For even more effective removal, a "fat separator" can be used, and is capable of removing virtually all the fat, as long as the liquid is not too turbid.

Of course, that only relates to how much fat is removed from the liquid. Simmering/boiling pieces of meat is not an effective way to remove much fat from them; most will remain in the meat.

Not the answer you're looking for? Browse other questions tagged meat boiling or ask your own question.

9
Ways to bar-b-que and smoke Kangaroo
3
Good Idea to Buy Discount Meat For Freezing?
2
How flavoursome is Roast Buffalo?
4
Terrine shrunk during cooking
4
What to do when I accidentally put too much salt on the meat?
2
What exactly does cooking meat do as far as sanitation goes?
0
How to ensure fat stays in meat/fish?
0
What happens on a microscopic or molecular level when meat "melts in your mouth"?
7
How much potato to add to reduce saltiness