Can I whip cream that is past its use by date?

I was going to make a dessert with whipped cream but events interfered and I now have a large (sealed) pot of double cream left in the fridge. My next opportunity to make the dessert will be next weekend when the cream will be about five days past its use by date.

Experience tells me that cream will still taste fine well past its use by date, so I am not worried the cream will taste sour. However I have never tried to whip cream that is past its sell by date. Googling has found sites with advice ranging from "it'll be fine" to "OMG throw it away now" so I'm no further on. The question Can sour cream be whipped? tells me that soured cream won't whip, but this cream is going to be nowhere near sour by next weekend.

Does anyone know if I'll face problems trying to whip it? If so I'll try to find another use for it or throw it away (though that seems a shame).

I should add that this is ordinary pasteurised (not UHT) double cream from a UK supermarket, so it's 48% fat, and it has not been opened so no bugs will have got in since pasteurisation.

If cream is still fresh enough to eat then it will whip just fine, there aren't any mechanisms at work which will prevent whipping. If it's been opened in the fridge for a few days it may thicken up a bit, I usually add a splash of whole milk to thin it out a bit or it can get a bit claggy.

It depends on how the cream was treated. If it has buttered up, or is just on the cusp of either buttering or turning sour, you can no longer whip it, it will coalesce and curdle instead of creating a foaming. It is a gradual thing, you cannot say when a given batch of cream will whip well and when it will curdle. The most you can do is to note the relative probability of 'not whipping' compared to a cream that has been treated in a different manner.

These probabilities are, in increasing order of success:

The effect of the treatment interacts with the effect of the aging (the older the cream, the less likely it will whip - this effect exists even before the expiry date) and with how strictly you follow best practices when whipping.

Just for the record, GdD was quite correct. The cream smelled and tasted fine, which is what I expected as the sell by dates are pretty conservatove in the UK. And indeed it whipped up just fine, even though it was seven days past its sell by date when I eventually got round to using it. This was using a hand whisk as well, not an electric mixer.

If anyone is interested this is what I used the whipped cream for. They are vol au vents filled with the cream and topped with what should have been a ganache but I put too much cream in so it was a chocolate sauce instead (sigh). 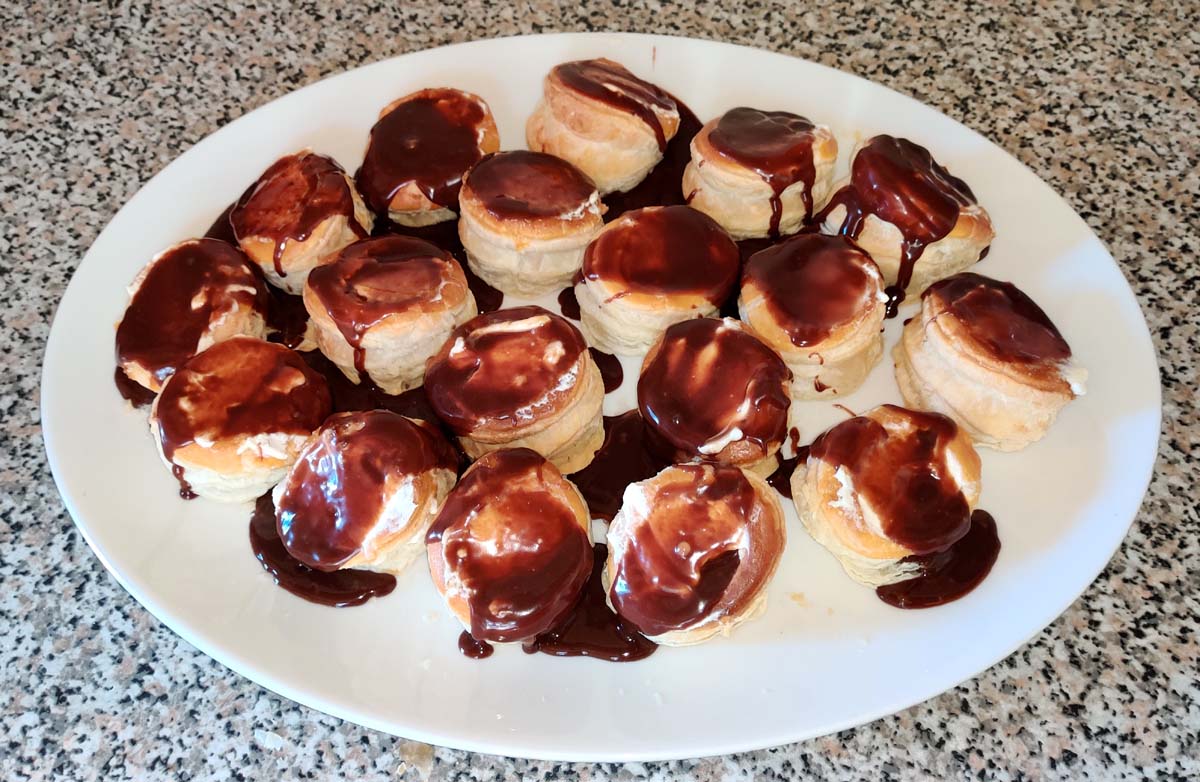 2
Can sour cream be whipped?

9
What is the maximum temperature at which cream will still whip successfully?
12
Why does whip cream dispenser sometimes produce "ragged" cream?
9
Can ruined whipped cream be rescued?
4
How fast can one whip cream?
3
how to whip UHT cream?
2
Whipping cream that has been frozen won't whip
3
Why does whipped cream use nitrous oxide instead of nitrogen gas?
16
Can I re-whip whipped cream?
2
How to make white whip cream?
5
How much cream can whip at once?