What’s up with this egg? 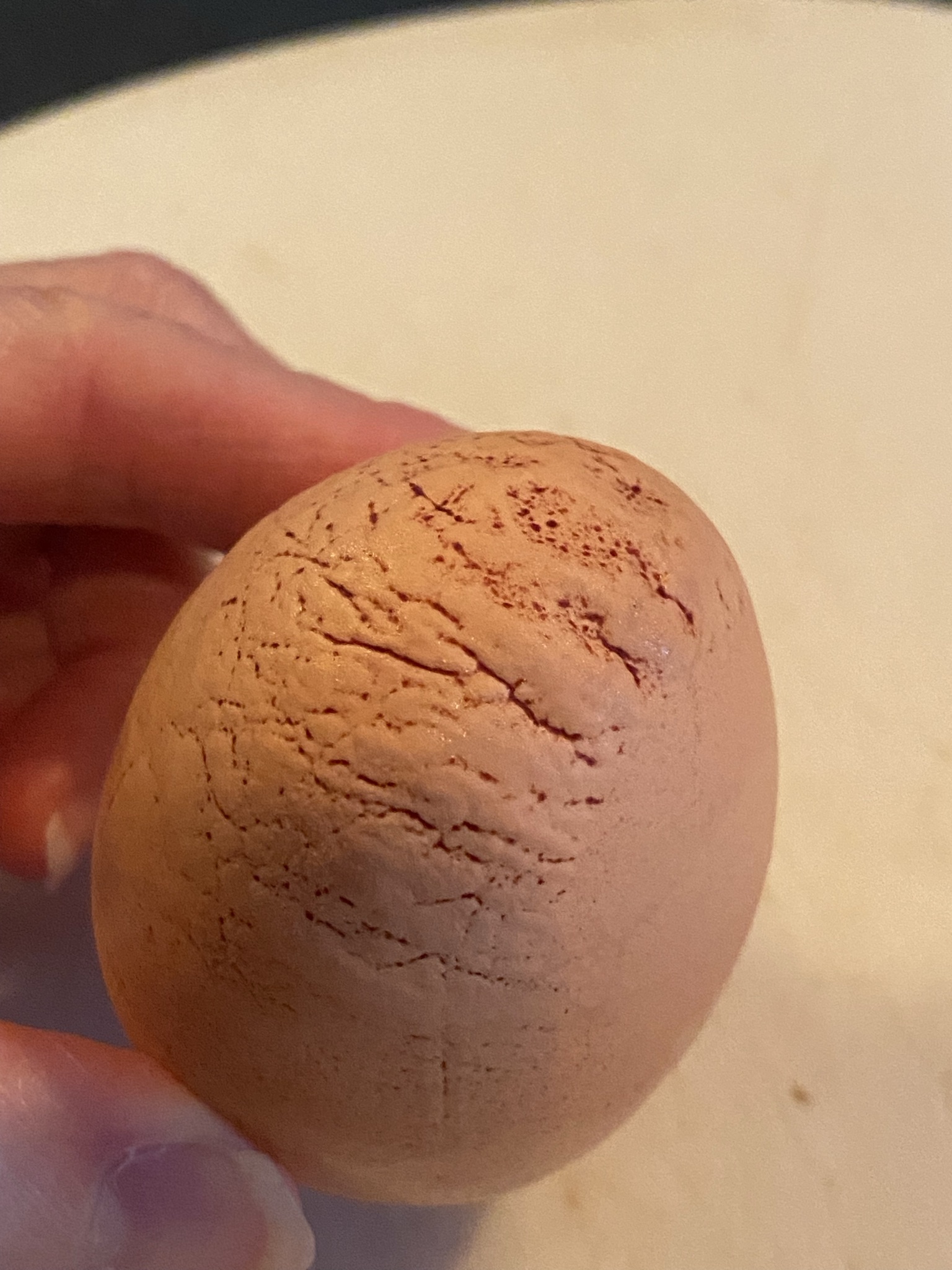 EDIT: here's what happened when my wife boiled it: 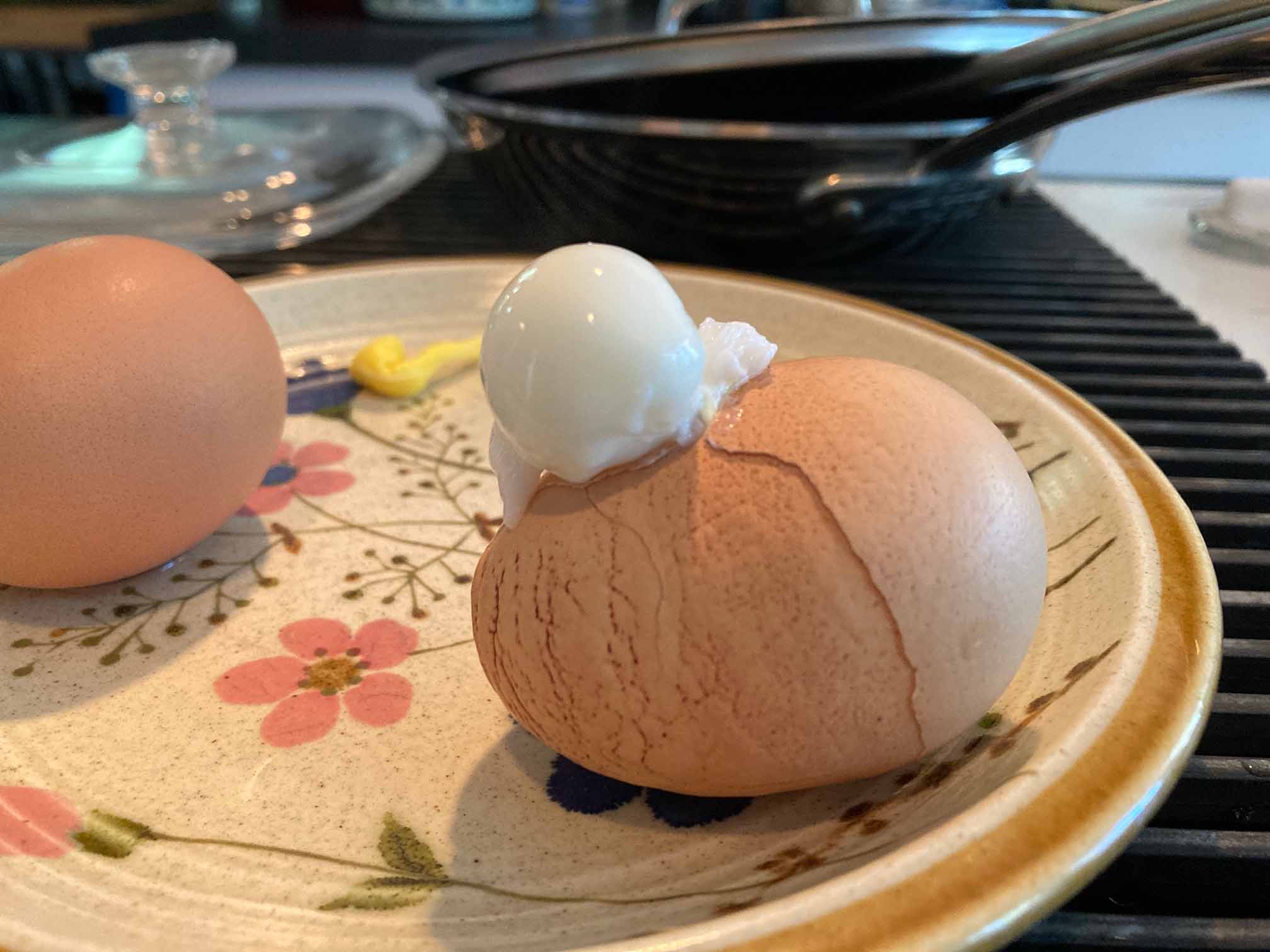 Chickens aren't machines, so sometimes they will have an issue with feed or other factors which cause the material of the eggshell to deposit unevenly. It shouldn't indicate any problem in a commercially produced egg where the flock should be effectively monitored for any disease factors which are relevant.

If the white of an egg (or the Albumen as it is correctly known) is watery, it is harder for a shell to be formed correctly around the egg, and quite simply, this can cause an egg shell to be wrinkled or to have ripples on it.

As hens get older, the whites in their eggs will get thinner. It is one reason farms of commercial egg-laying hens are replaced after 18 months because it can look like an egg is old if the white is watery, and it ‘spreads around the pan’ when you go to cook it for breakfast!

....Some diseases, such as the viral disease Infectious Bronchitis (IB), can also affect the bird’s ability to produce thick albumen (egg white). This can cause wrinkled egg shells, even years after infection because hens will be carriers of the disease for life.

Not the answer you're looking for? Browse other questions tagged eggs or ask your own question.

1
Undercooked eggs that were in the pot plenty long
2
Can you peel a soft boiled egg?
10
Pickled Eggs with slightly gooey yolks?
3
Watery whites of the egg
3
How to soft boil eggs with a countertop egg steamer?
11
What would you call this way of cooking an egg?
12
What does it mean when an egg splatters and the white is greenish-yellow?
9
What caused this "lunar egg"?
1
What is the brown wormlike stuff on the outer edges inside my boiled egg?