Why do Brussels sprouts only taste good when cut?

My mom always used to cook or steam Brussels sprouts whole. I always hated them and still do now if they are prepared that way. They tend to get a very sharp, slightly bitter vegetable taste, similar to over-boiled fennel. 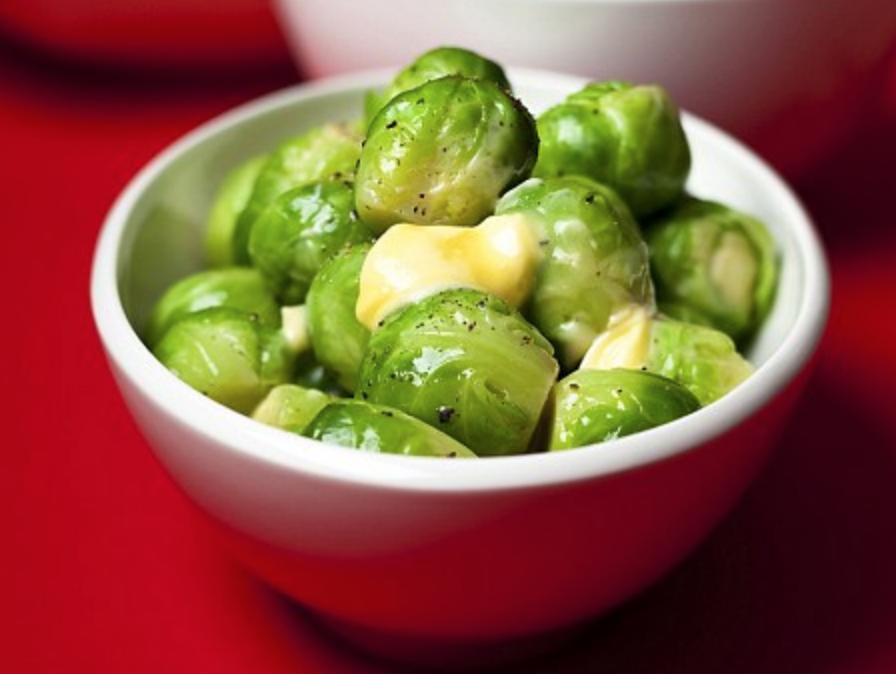 But on the other hand, then cut in halves or quarters they taste amazing. Especially fried in butter/olive oil, but also when boiled, with a hint of lemon juice I started to absolutely love them. 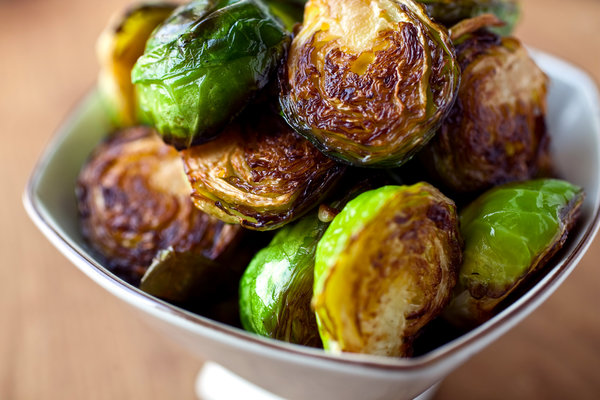 I was wondering why that is that they do not develop that distinctly disgusting flavour when they are cut?

I have some theories, but I would love to hear your thoughts on this:

I think you're on to something with regards to cut pieces cooking more evenly than whole sprouts. But I also think you might be seeing causation where you should just be seeing correlation.

The "classic" way to cook Brussels sprouts is to leave them whole and steam them. That results in minimal flavor development. When overcooked, chemicals are produced with bitter, garlicky, and/or sulfurous overtones. Similar chemicals are produced when long-cooking many other other green vegetables, and are likely what you associated with overcooked fennel. Since no other "interesting" tastes are really produced by steaming, those tastes take center stage, no matter how much butter you put on the sprouts.

Cooking the sprouts at high heat, as restaurants generally do these days, results in caramelization and Maillard browning. Those taste good, and dominate the flavor profile, covering up some of the unpleasant tastes which steaming (but also other cooking methods) produce. Getting a good sear when shallow-frying Brussels sprouts requires cutting them, so there's an association between how they're cut and how they're cooked.

There's another aspect to "modern" Brussels sprouts. In the 1990s, agricultural botanists in the Netherlands bred Brussels sprouts with much lower bitterness than classic cultivars; over time, these new sprouts took over the market. So cooking processes aside, Brussels sprouts today are less bitter than the ones from your childhood. (For that matter: as you age, bitter tastes become less unpleasant.)

As I mentioned, you may be on to something with regards to cut pieces cooking more quickly, not giving the outside a chance to overcook, but I suspect what you're primarily seeing is just the result of modern cooking methods compared to the frankly unpleasant results of classic "steam 'em for a while" treatment.

This study, while about thiocyanates in a completely different process/context, shows conclusively the breakdown of the molecule being dependent on both heat and PH levels - so lemon juice/other citruses for acid are also making a big difference(and cutting is increasing the surface area in general to increase the reaction).

Not the answer you're looking for? Browse other questions tagged vegetables brussels-sprouts or ask your own question.