Since several weeks I'm trying to get my bread to rising more in the oven. I experimented quite a bit but the results are still far from perfect. Everything goes fine until the shaping of the loaf. Although my dough has developed a proper gluten structure, it just falls flat during the final rise and has almost no oven spring (I'm pretty sure that it is not overproofed). Furthermore, when scoring the dough my knife often gets stuck which therefore leads to more of an tearing than cutting of the dough. I wasn't able to find any useful tips on the internet which is why I'm asking here for advice now. Has anyone of you had similar problems or knows the reason why this is happening?

In the second picture you can clearly see that the bread didn't really expand during baking (maybe a little bit). Even though the crumb and the crust look good and it also tastes pretty good, I would still like my bread to be taller and not to look like a pancake. (Sadly I have no pictures of the dough during rising) 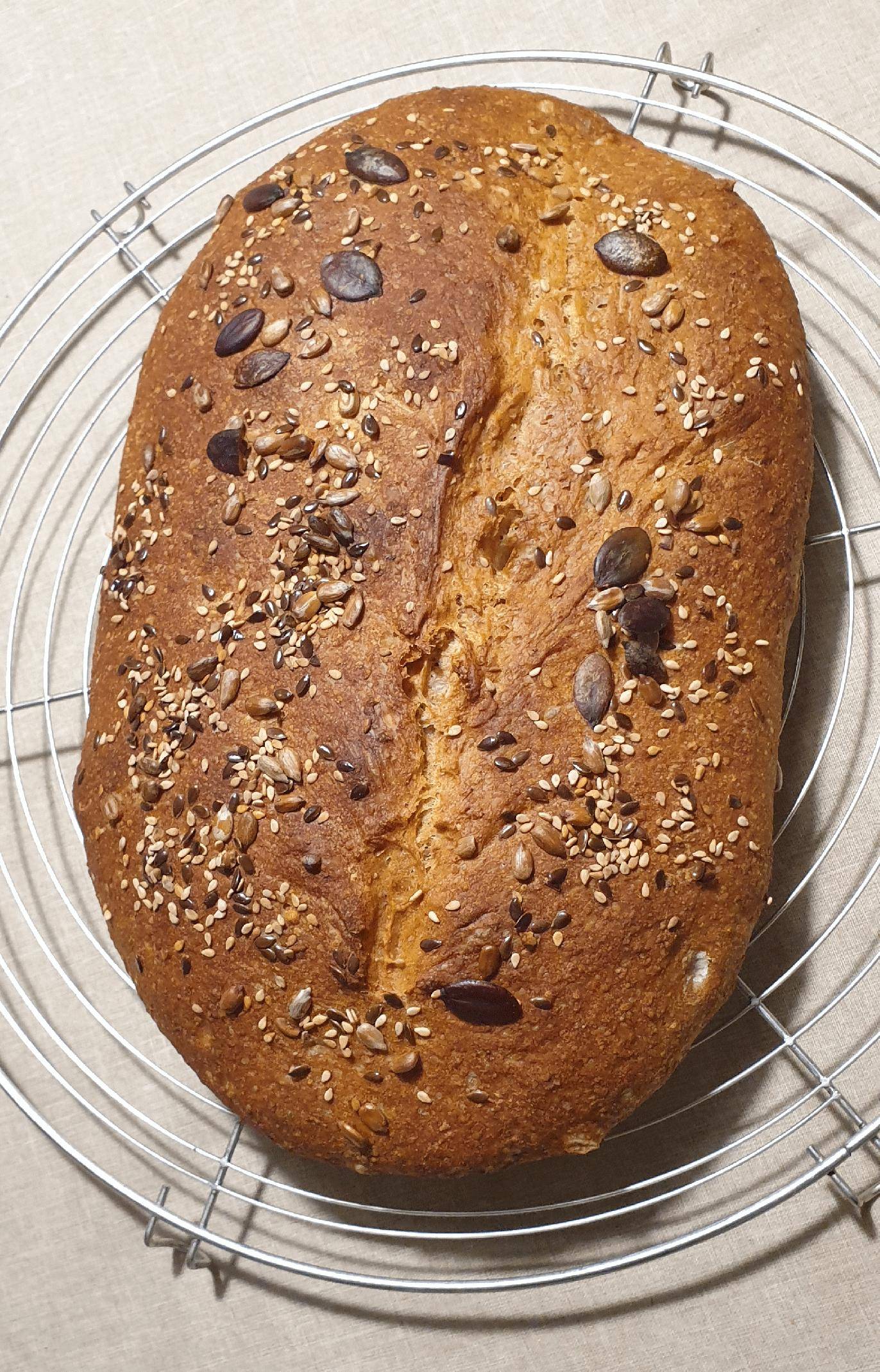 I made another bread today and tried to apply some of the advices. Sadly, the shape of the bread basically turned out the same (even though it tasted much better :D). Here is what I changed:

After thinking a bit about the result I came up with the following ideas:

Is it worth pursuing these thoughts any further?

Lastly, here are some images of the second bread: 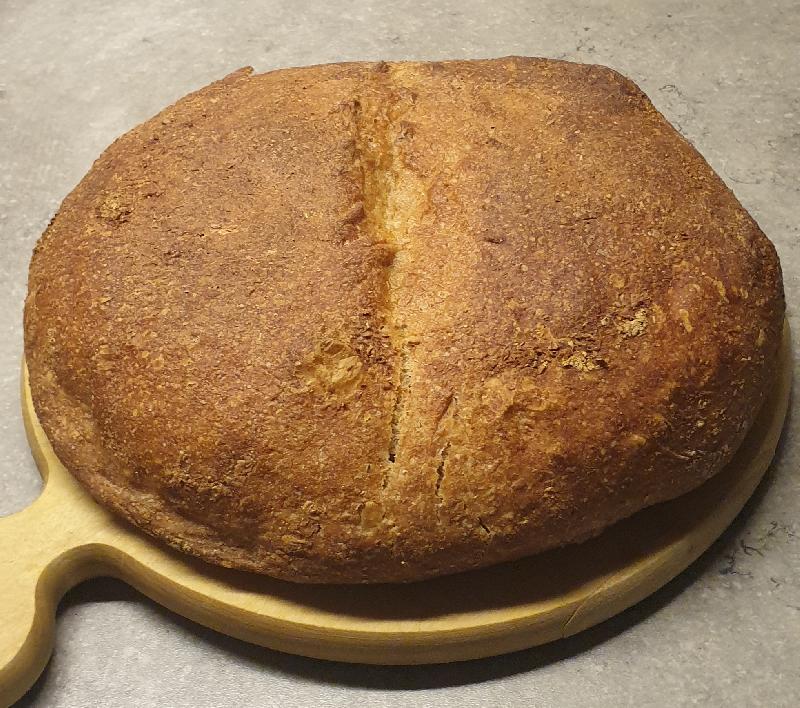 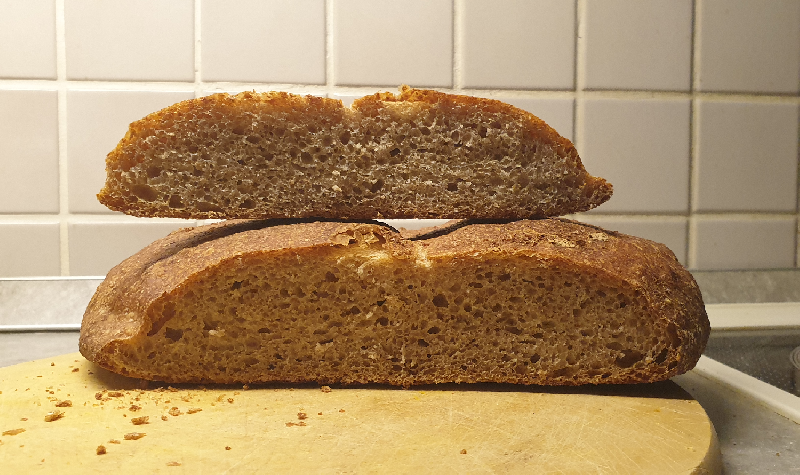 I can't see anything that wrong, it looks like you are getting a decent crumb and crust so you probably aren't that far off. Here's a few thoughts:

Based on the description of your recipe, I would guess that your yeast is not fully activated and/or did not get enough time with the autolyzed dough.

Finally, one way to think of a 72% hydration dough is as an 80% dough that has its remaining flour added during the folds. This means you have more moisture in the dough during bulk fermentation, but by the time you get to final shaping the dough is easier to work with and “plump up”. This gives you the advantages of both wet dough (more effective gas formation) and dry dough (easier to shape gently).

72% hydration might be a bit too much if your flour is weak. Spelt is often weaker than modern wheat varieties.

I would try to reduce hydration to e.g. 67%, keeping all other variables intact, and see if it helps. Also, try to bake this bread in loaf form - fill the dough about 50% and, if your dough raises well, you have too much hydration for hearth bread.

Not the answer you're looking for? Browse other questions tagged bread yeast rising proofing or ask your own question.

11
Why doesn't my bread rise in the oven? (Not first rise)
5
How can you tell whether bread dough is ready for baking?
9
Can I let my bread dough rise in the mixer bowl?
3
Bread cracks in the oven
3
Bread baking: dough has little holes after first rise
0
Freezing bread baked from frozen yeast bread dough
0
Bread won't rise during proof after overnight fermentation
9
Why is my baguette type bread coming out almost flat?
5
Deidre's bread getting HUGE in the oven