How to know what variety of tomatoes will be good as a spaghetti sauce?

I have never succeeded from making great tomato sauce using our native tomatoes and the final product always tastes flat. When I eat the tomato, there is always 0 hints of sweetness in them and not much juice comes out of it. Just by looking at the color, it may be simply poor quality farming as we live in a 3rd world country. 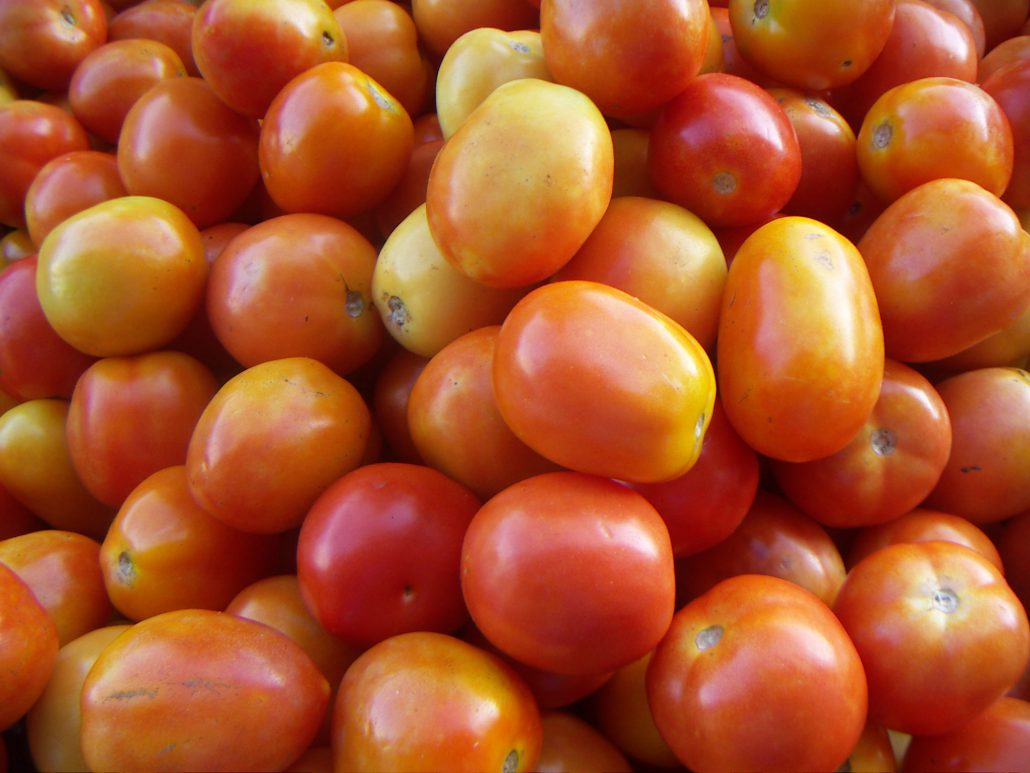 I have never been able to find tomatoes looking very vibrant red here. 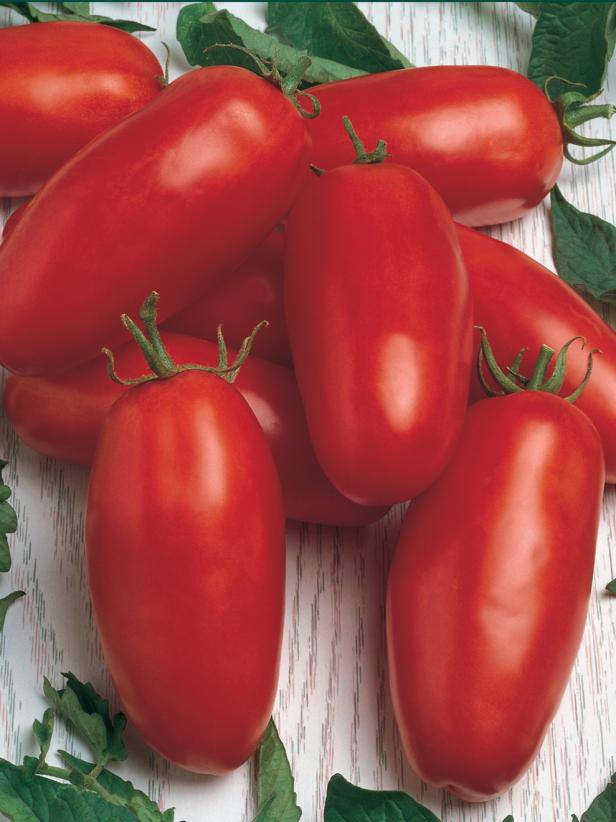 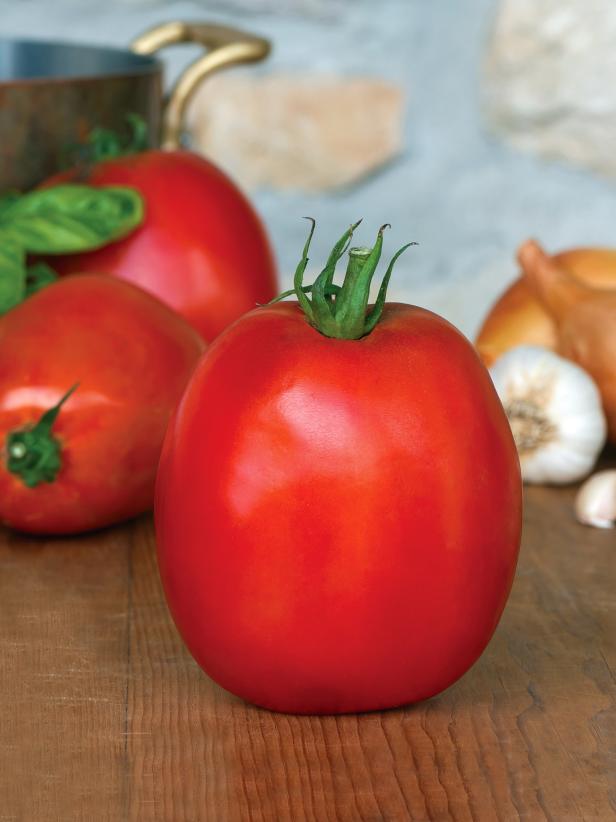 So I always end up using packaged tomato sauce and add spices/meat to them instead of making them fresh because it never tastes as good.

I have never succeeded from making great tomato sauce using our native tomatos and the final product always tastes flat. When I eat the tomato, there is always 0 hints of sweetness in them and not much juice comes out of it. Just by looking at the color, it may be simply poor quality farming as we live in a 3rd world country.

Living in the US (supposedly a first-world country), I’ve had the same issues with most store-bought brands of tomatoes. The issue isn’t how they’re grown, it’s two specific aspects related to them being sold commercially in grocery stores:

There are a couple of options I’ve found to get around this:

It might just be the variety of tomatoes, but the in example you posted these look a little unripe to me. Perhaps try leaving them in a sunny place such as by a window, and wait a few days until they ripen fully.

Might also be worth while using some tomato purée (aka tomato paste) in addition to the fresh tomatoes. It can help increase the flavour.

If you live in a warm country or have a greenhouse, maybe think about growing your own. I live in a cold country (Scotland), and finding good fresh tomatoes for sauce isn't so easy. I make tomato sauce with homegrown tomatoes which are far superior to those on sale in supermarkets generally. Supermarket tomatoes always taste too watery to me, and generally lack flavour even when ripe.

I live in Australia, we have a warm climate, and abundant fresh produce year round. However the tomatoes available for purchase in supermarkets are universally bland & tasteless. They are desirable to the supermarket because they stay green & firm quite well, so can be transported and stored more cheaply. Flavour does not seem to factor into the supermarket's idea of a good tomato at all.

Some of the much smaller tomatoes still have flavour, but these are quite expensive relative to ordinary tomatoes.

Can you buy better tomatoes at a Farmers' Market? Or grow them yourself? I had success growing tomatoes indoors in Switzerland. After I realised that I had to pollinate the flowers myself.

As tomatoes are an agricultural product, they’re always going to be a little different each time. If you think it’s not sweet enough, you can add a heavy pinch of sugar and see if that improves the flavor. Sometimes a splash of vinegar can help if it’s overly sweet, and salt can help to bring out muted flavors.

I personally take out a little insurance … onions will add sweetness if cooked slowly. Finely minced (or grated) carrots also help, so sweat them down at the beginning of cooking, before you add the tomatoes. (As the acid in the tomatoes will keep them from softening)

And yes, I often use canned tomatoes, as most store bought tomatoes in my area are grown for how well they ship and store, not flavor.

I think you'll find added sugar in almost any "good" tomato sauce. Not only will adding some sugar give you the sweetness you're looking for, it will also cut/negate any acidity in your sauce - at least in my experience as a home cook (not a trained chef).

Something else to consider would be to keep the lid on your pot when making the sauce to reduce the volume of water lost to evaporation, if it's still too dry - a splash of white wine in the sauce wouldn't do any harm to the flavour profile while adding some liquid.

Better still - add a muscato white wine like muscatel in place of the sugar!

The best tomatoes for spaghetti sauce are plum tomatoes (such as Romas) because they have less water content which makes them perfect for sauces, paste & processing. For the BEST variety, you should choose specifically San Marzano tomatoes because they are meaty, sweet & have a lot of tomato flavor. Use canned San Marzano tomatoes for a convenient way to add them to your sauce. However, true San Marzano canned tomatoes are pricey. Because of this, it is a known fact that many cans labeled 'San Marzano' are often fake and mislabeled by unscrupulous suppliers to get a higher price (just like avocado oil).

I've always gotten the "best" tomato I could find in the grocery store, if the Roma wasn't looking good. I've had good results with any type.

Peel the tomatoes first. Then cut in half and scoop out the liquid, seeds, and ribs. Those can add bitterness and reduce the sweetness, so you want to leave them out. I'll add a can of crushed tomatoes too if I end up needing more; I buy 2 pounds fresh but always have cans stored at home. Perhaps using fresh and canned combines the subtleties of the fresh with the intensity of the canned; you might try using both intentionally. When I was first starting to make it myself, I would always wind up with not enough liquid, and found a brand of crushed tomatoes sold in a carton (not a can) that was very good; ended up just making that part of the usual recipe. (I've not seen that where I live now. You'll have to find a high-quality brand you have locally)

Then, add a can of tomato paste to add sweetness and some intensity. Mom would add a spoon of sugar but I've never needed to. Using wine in the sauce helps bring out the flavors.

It might depend on the herbs too. Using a lot of parsley seems to bring out the tomato flavor. Also, what else is in the sauce? Simmering it with something savory (like a meat sauce rather than plain) makes a big difference. I use meat and mushrooms.

Your linked picture look like perfectly reasonable commercial canning tomatoes. If that's the only type you can find locally and want something different you'll have to grow different cultivars.

Your regional, or perhaps national, research university should have an agricultural department that could recommend alternative cultivars suited to your local climate. In the United States this function is held by State Universities' Agricultural Extensions, which are the public outreach arm of their Agricultural Experimentation Stations.

Each US state contracts with at least one University to run an Agricultural Experiment Station, often that University's founding charter requires it to operate one. Your country's equivalent intuitions will differ, but most will have them.

My advice is to seek out people who really care about tomato flavor, and I don't know anyone who cares about it more than tomato gardeners (many of them grow with flavor as their top priority). There are lots of online tomato communities, but tomatojunction.com is the one I would recommend.

I also recommend a number of things when growing the tomatoes for improved flavor:

Variety makes a big difference, of course. There are maybe 20k+ kinds of tomatoes out there, and there are a lot of different flavors. Most people I meet on gardening forums prefer the flavors of big pink beefsteaks, such as Stump of the World and Aunt Ginny's Purple (which is actually dark pink), for example--not particularly for sauce, but if you ask, they generally recommend such for sauce, too (flavor-wise). They also often like oxhearts, which are often a lot like paste tomatoes, with more flavor (they're meaty with few seeds). Some people like the taste of lots of kinds of tomatoes mixed together.

Some tomatoes taste better cooked than others. I think Peaceful Valley's Beefsteak is excellent cooked. I think Early Girl F1 makes a nice spaghetti sauce (but they've improved the variety since I've had it as a spaghetti sauce--so it might not taste the same).

As far as paste tomatoes go, though, if you want those, I recommend just growing a bunch of kinds to see what you like. Most paste tomatoes I've tried are kind of normal-tasting. I've read good reviews about the flavor of orange paste tomatoes, though (e.g. Orange Banana); I plan to try some next year.

If you're worried about the higher water content of big pink beefsteaks, and such, there are plenty of methods to thicken the sauce. Remember that sauce and paste aren't the same thing, though; you don't always need or want tomato paste. Tomato paste is quite a bit thicker than jam (it doesn't flow at all). You wouldn't dip breadsticks in tomato paste, normally, I imagine. One trick to thicken sauce is to add oil and a little ground mustard (or another emulsifier). The carotenoids that color the tomatoes also mix with the oil. You wouldn't want to add oil if you're canning the sauce, however (due to botulism risk with oil).

Be sure to add plenty of black pepper. It really brings out the flavor of tomatoes, raw or cooked (much as it helps strawberries taste even sweeter). I think adding paprika also helps add some extra zest. I like to add brown sugar or raisins (blended up) to my sauce if it isn't sweet enough; I think brown sugar helps thicken the sauce, too. My typical spaghetti sauce includes ingredients like these:

Add these things when it's nearly done (if they're over-cooked, it's not as good):

Chives are really nice cooked into spaghetti sauce, too.

Not the answer you're looking for? Browse other questions tagged tomatoes or ask your own question.

2
Tomato sauce - tomatoes, then juice vs tomatoes & juice
3
Can I refreeze sauce made from frozen tomatoes
2
How to measure tomatoes for making sauce?
3
How to fix separating spaghetti sauce?
1
Can I make my spaghetti sauce with puree instead of sauce?
1
How do commercial sauce companies remove seeds from tomatoes?
3
What variety of tomato is typically used in Italian, canned, peeled tomatoes?
2
Same spaghetti sauce recipe for over 30 years