I just bought a lovely bag of Garam Masala, and was all ready to grind some when I got home! But when I opened it, I found something I didn’t recognise — at first I thought something had gone mouldy, but there’s enough of this in there that whatever it is, I presume it’s supposed to be in there. 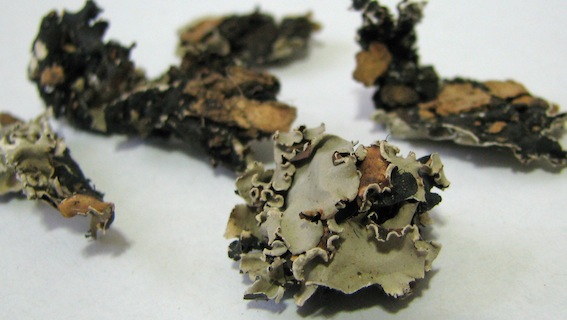 It looks to me like a fungus or lichen of some sort. The list of ingredients includes “trifle” — could that be a mis-spelling for some Indian species of truffle, perhaps?

It seems to be an edible lichen. It looks very like one described online as (black) stone flower in English and dagad phool in Hindi, which seems to be a not uncommon ingredient in various spice mixes; e.g. on the left in this photo from an Indian food blog:

[Edit: photo removed as I’ve just realised the author of that blog specifically requests not redistributing their content. It’s a nice photo + site, though, if you follow the link!]

Having found these names, it’s now not hard to find a lot of websites mentioning it, especially in blogs/forum threads; but I can’t find any site in English that gives much detailed information. Even its purpose in the mix is a bit unclear: some blog commenters describe it as having a unique earthy, mushroom-y flavour; others, as being similar to star anise; Wikipedia even seems to suggest it might just be a bulking agent. (I don’t get any particular scent off it, at least not dry.)

So I think this is probably the right identification; and I’m reassured that it’s not something wrong with the mix; but I’m still quite intrigued, and would love to hear more about this ingredient from someone who knows it better!

This spice is called "Kalpaasi" in Tamilian cuisine. I use it in my chicken gravy, mutton gravy and for few vegetarian recipes too. I use kalpasi when I season some of my chutney varieties. It releases a strong curry smell the moment you add it in hot oil. This spice grows inside water wells absorbing pure air (from what I heard from my aunt when I was very young). If you made Biryani and wondered why you're not getting that "Restaurant Biriyani smell", it means you missed putting some "Kalpasi" when you prepared it. If you wanted to try a distinctive Tamilnadu gravy using kalpasi: http://cooking.jingalala.org/2012/12/pakoda-kulambu-recipe-chettinadu-pakoda-kuzhambu-south-indian-style-gravy-varieties/

Just found out from a friend..its also called Kalpasi or Kallupachi (literally Stone Flower / Moss) in Telugu and is a not so commonly used spice in Chettinad cuisine. So, probably it is not the very generic garam masala (which is more common in the Northern part of India than the South) but something very specific to use in certain dishes, say like the Punjabi Garam Masala. Also hear that it is used in Goda masala, something more common in the Western parts of India (goan and maharashtrian cooking).

At first I thought those were wood ears, but checking around, they look more like cloud ears. In answer to your question, yes, they are a fungus/mushroom that grows on the sides of trees. I've always cooked with them in Chinese cooking. As for the trifle, I haven't found any connection between wood ears, cloud ears and the word trifle, although depending on who was doing the translation, as you note, truffle could have become trifle, and cloud ears and truffles are both fungi (although the similarity stops there).

The full name is lichen stone flower, in Indian it has many names as, patthar ke phool/dagad phool/kalpasi, and mostly used in North India, Goa and Maharashtra. It is used particularly in kabab dishes namely galauti kabab, kakori kabab and many other dishes, maharashtrian goda masala also have it. It is found in foothills of himalaya mountain, after monsoon, locals collect it and sell/supply.

Yes , black stone flower , a lichen / moss , which only grows where the air is absolute pure . It disappears when pollution starts . I had never known one could use it in food before seeing it in a Hyderabadi grocery . I had used it for natural dying years ago , and the amazing thing was that wool dyed with this moss keeps the forest smell for years .This inspired me towards a special rice dish ; rice in rice-cooker with half water , half rose or orange-blossom-water , hand full black stone flower , cinnamon sticks , star anise orange and lemon peel .... The smell filling the house is unbelievable , as the taste .

I once had a biryani at a Marathis friend's home and the taste was incredible. He mentioned that he used a fungus, specific to his region. For years I had looked for the name and never found it till finally I came across dagad phool randomly. Even Indians are mostly not aware of this - a very region specific spice.

Black stone flower is a lesser known spice from India. It is an essential ingredient in South Indian Chettinad cuisine. Known as Dagad Phool in Hindi and Kalpasi in Tamil, Black stone flower transforms a dish with its unique flavour. You can read more about it here: http://www.mangalorespice.com/Products/Spices--Dry-Fruits-Spices/M-Spice/Black-Stone-Flower/pid-3761069.aspx 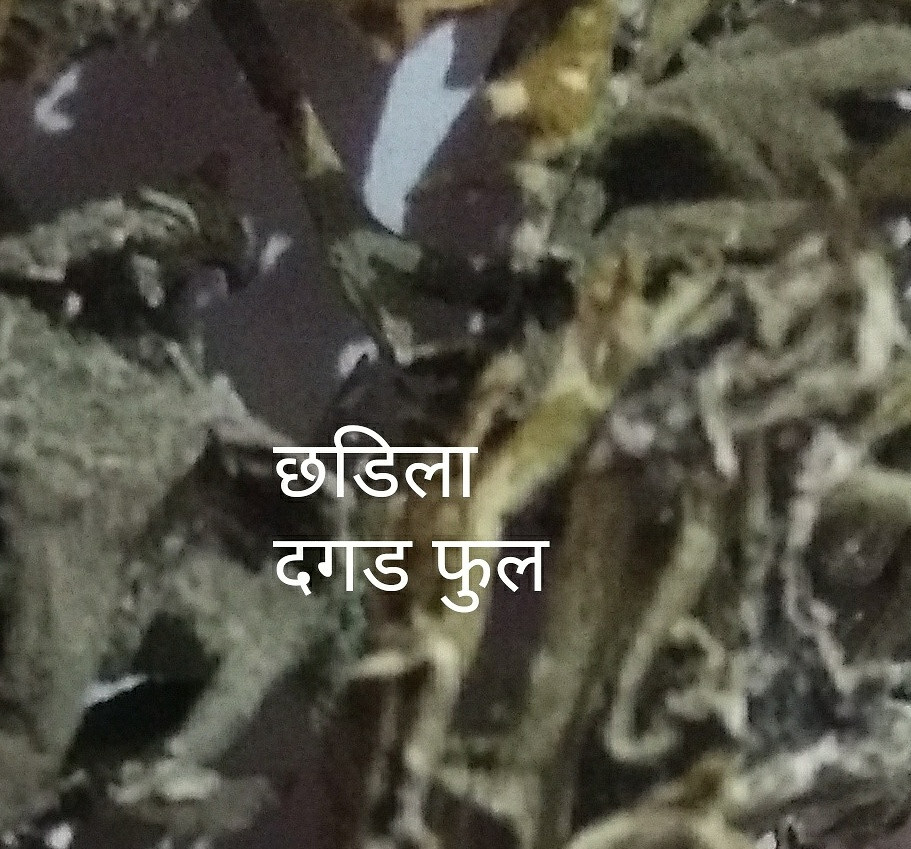 Not the answer you're looking for? Browse other questions tagged spices indian-cuisine food-identification or ask your own question.

6
Can an American substitute for garam masala be made?
7
Why is garam masala in many curry paste/powder recipes?
2
Can I swap sabji Masala for Tandoori Masala in this recipe?
4
garam masala powder to paste
3
Garam masala paste for butter chicken
0
What do I do with this spice mix?
1
Northern Indian Cuisine - Garam Masala Without Cumin
1
what is this seed?
0
whole spices vs garam masala?