Is the green button on this frozen young turkey breast to be removed before being cooked in a slow cooker?

Is the green button on this frozen young turkey breast a thermometer? should it be removed before being cooked in a slow cooker? How can I remove it? Thanks 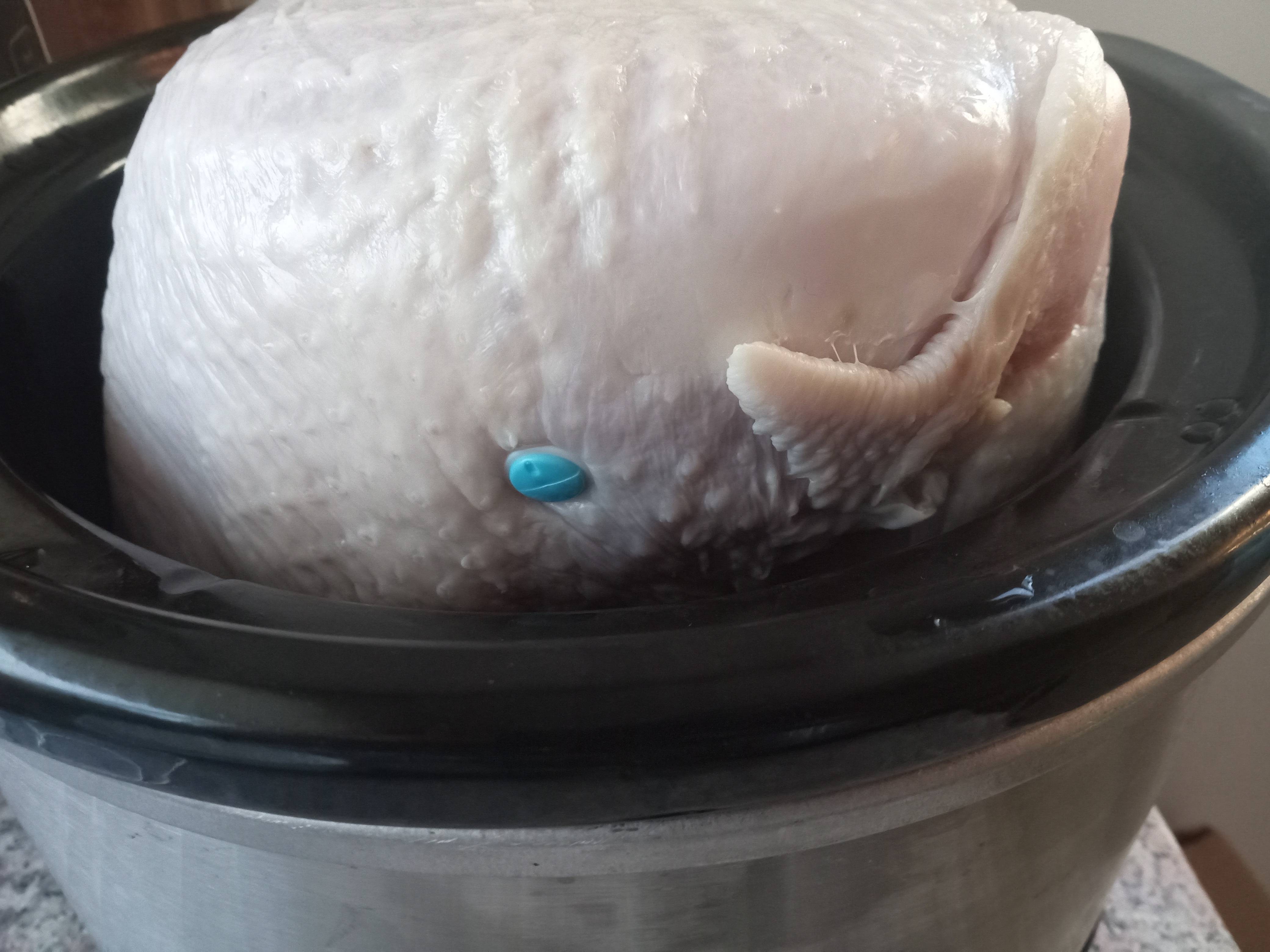 That looks to me like a pop-out turkey thermometer, yes; it's basically a spring-loaded plunger that's stuck to itself with a food-safe adhesive that, at a certain temperature, unsticks, which means the spring built into it can 'pop out' the little button to give the cook an indication that the turkey breast has reached a safe internal temperature.

However, I would nonetheless recommend that you remove it, for the following reasons:

Not the answer you're looking for? Browse other questions tagged slow-cooking turkey thermometer or ask your own question.

18
Do slow cookers require liquid to operate?
3
How can I adapt slow-cooker recipes to allow more pre-preparation?
11
How (or is) "low & slow" turkey safe?
5
What is the best way to cook chicken for enchiladas?
0
Frozen turkey breast worry
0
Time estimate for reaching 155F for baking 9lb Turkey breast?
2
Cooking turkey joints
1
Salvage my turkey chili? Cinnamon fail!
3
Slow cooker - start from 'cold' or boiled?
1
How to Use Frozen Bones for Bone Broth?