What is the best way to fry rice cake?

I have some white rice cake. The instructions say to soak it in water overnight, then either fry it or simmer it. I tried part of it simmered some time ago, and didn't like the bland taste. So today I shallow fried some of it. I had soaked enough for two batches. The first batch went in when the oil was at about 190°C. They took a lot time to get ready, and soaked up too much oil in the process, coming out greasy (despite the fact that I packed them in paper as soon as they came out of the pan). For the second batch, the oil had gotten at above 250°C, actually above the smoke point. These cakes puffed up, forming air pockets between the cake body and some kind of thin "skin" on the upper side. The underside fried quickly and well, but when I turned them, the puffed bubbles kept the cakes from contact with the fat, so this side stayed almost unfried.

Is my frying technique wrong? Should I drain the cakes for longer time before frying (they had about 10 minutes of draining now)? Is there an optimal temperature for frying them so they neither get greasy nor puff up?

Edit: I didn't know that there are many kinds of rice cake. Mine are dried. 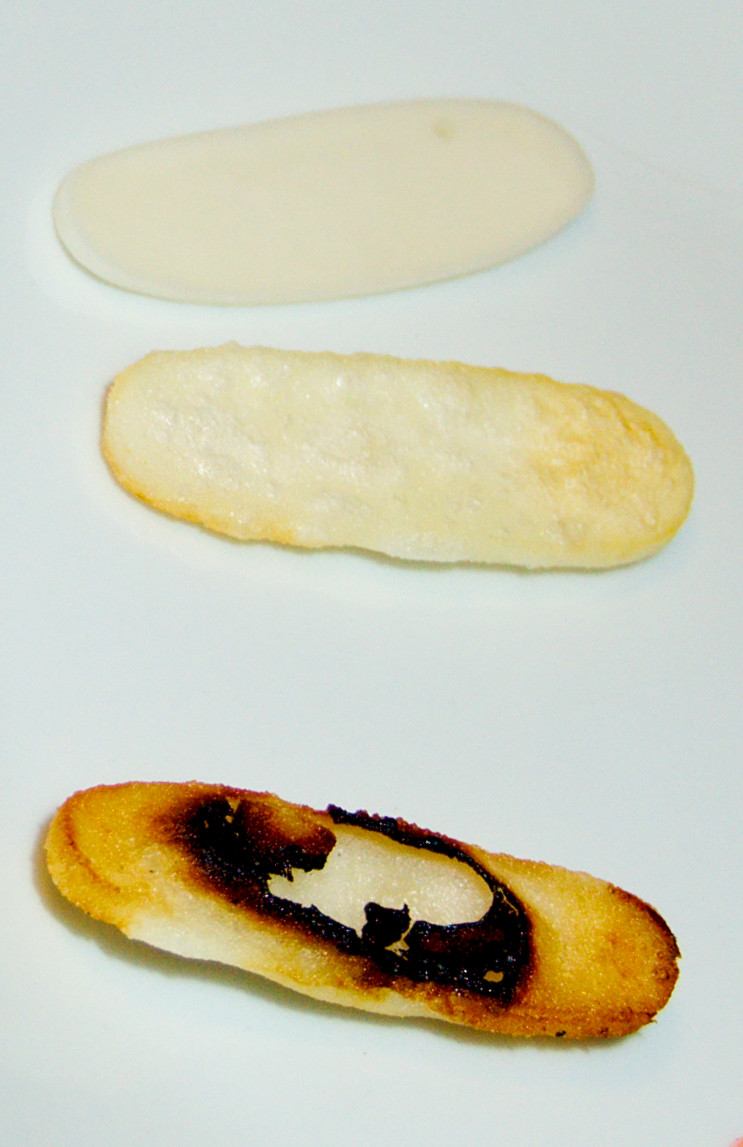 Those are Shanghai Rice Cakes - Nian Gao If you google, you'll find a bunch of recipes for what I think of as the "standard" rice cake dish, with shredded pork and cabbage. In most of them, the soaked/softened rice cakes are added at the end, after all the other ingredients, so they only get lightly fried.

Not the answer you're looking for? Browse other questions tagged frying rice asian-cuisine or ask your own question.

6
Make crispy rice noodles without frying
15
When making risotto, why fry the rice?
10
"Instant" leftover rice? Making leftover-like rice without the wait? (as in for fried rice)
2
Panko-breaded tilapia, medium fried, non-stick pan, absorbed oil
5
Why would a rice seem "non-absorbent"?
39
How do restaurants make chicken fried rice? What ingredient am I missing?
3
What causes egg-covered puffed rice cakes to become soft when pan fried (and how to control it)?
1
All fried rice recipes seem to have the same toned down interpretation
6
How long and at what temperature and with what oil should doughnuts be fried?
0
What is the best practice to making good fried rice without sticking to the pan?