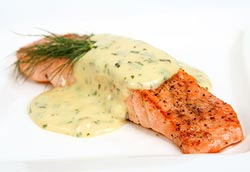 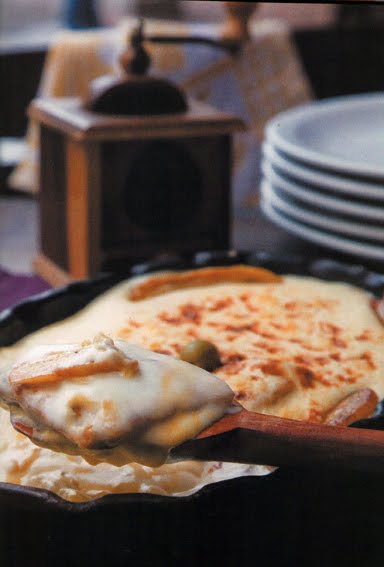 In the original question, and in some of the answers I read statements about a no fish and cheese rule in the Italian cuisine.

As an Italian who has traveled a lot in Italy (and abroad), I find that the situation is somewhat more multi-faceted. Probably because there is not a unique Italian cuisine, but many regional Italian cuisines from different regions of Italy (I would count at least a dozen of different cultural areas for the Italian cuisine).

In Sicily, for example, there are extremely popular recipes marrying cheese and fish. The first two examples coming to my mind are Sarde alla beccafico (Sicilian stuffed sardines) and swordfish rolls filled with pecorino cheese.

Also in Veneto (the region where Venice is) we can find another well known recipe, "Baccalà alla vicentina" (stockfish cooked as in Vicenza) where Vicenza is another town of Veneto.

And what about seafood and cheese? A well established recipe in many sea sites in Italy is scallops au gratin, where scallops are covered by parmesan cheese.

Notice that I am speaking about recipes which are traditional in some regions and not about creations of modern chefs.

Can fish and cheese inhabit the mouth together successfully -- it all depends. An example: Pierre Franey's Shrimp Greek Style with Rigatoni. The briny feta adds earthy salt, sharpening the taste buds and contrasting with the lush shrimp.

10
Cheap cheese is tasteless. Can I make it tastier in my mac and cheese?
2
How can tuna/bonito be tested for histamine?
1
Brie Cheese and expiration date
4
How does aging affect Gouda cheese?
4
American cheese availability and utility
1
Alternative fish for Fish and Chips
3
Making Cream cheese and Mascarpone cheese at home
22
Is there a reason to not grate cheese ahead of time?