What Old World Europe countries (apart from Germany and Italy) have their own unique pasta traditions?

I was doing some research on websites and came upon a site where a German pasta company had been trying to sell their products into the US (the site is down, looks like the enterprise was not successful).

Apart from learning the meaning of the name "Knopfler", I was very surprised to find such a range of pasta with specialized names coming from Germany. I have eaten pasta in Germany, but never before realized that they have their own "pasta tradition".

Being English, with a pasta tradition imported from Italy, I am wondering if other countries apart from Germany and Italy have their own "pasta traditions"? I am thinking Old World Europe; of course the USA has its local variations, but they are not what I am looking for. My focus is on a unique noodle version.

I can think of several Polish noodle types.

Spaetzle are pretty unique as pastas go--they're almost dumplings--and it shouldn't be hard to find recipes.

Beyond that, I'd look to Asia for true variations on noodles that aren't just shape variations of the standard semolina noodle or egg noodle.

In Turkey you have an interesting type of (I would call them) ravioli, at any rate stuffed pasta called manti, and I have not seen anything quite like it elsewhere. 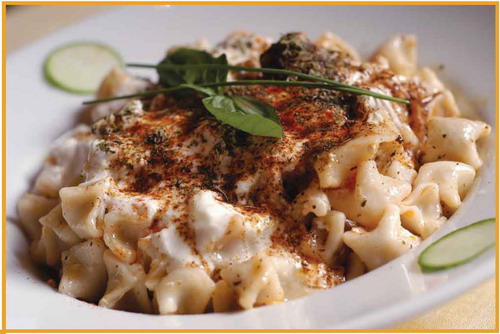 On the Balkans, there is yufka. Don't let yourself be fooled, this is a Turkish word meaning a type of bread, but in Bulgaria, ex-Yugoslavia (and I think Romania too), it is used for a type of noodle.

For this noodle, you make a dough like you would for a banitsa (this is a dish similar to a strudel). It only has wheat flour (not semolina) and water. Then you roll it out in flour until it is transparent (~0.3 mm). The sheet is first dried in the air for some days, then baked a bit. The drying and baking makes it crack, resulting in irregular scales. The picture shows the dried yufka. 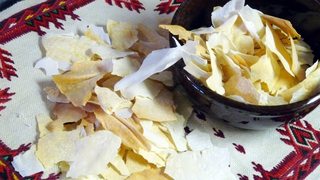 The prepared noodles are cooked in water and usually served with feta cheese and butter.

BTW, I don't think that there is much of a noodle tradition in Germany. Germans eat lots of pasta today, and most of it is indeed produced locally, but I think that they have (except for Spätzle) imported and simplified the Italian custom, probably in more recent times. In Germany, you get practically two types of noodles - Hartweizennudeln, noodles made with 100% durum semolina (the Italian type), and Eiernudeln, noodles with eggs added to the dough (not sure if they are always made with durum, Spätzle usually isn't). The rest of the terms just denotes different shapes of noodles, but unlike Italy, there are no rules for which noodles go with which kind of sauce. The different shapes are just used interchangeably by German cooks.

Some Germans could tell you that they have a different type of noodle, called Maultaschen. This is something of a border case, but I consider it to be a dumpling, not a noodle. On the other hand, it could be argued that if ravioli are a noodle, then Maultaschen are a noodle too. Either way, Maultaschen are traditional food from Schwaben.

Hungary has a unique (as far as I know) noodle speciality, called "galuska" or "nokedli" (see photo). They are often compared to either the swab "Knöpfle" or the swab "Spätzle", which can be an approximation only, since they taste very different and are, all in all, absolutely distinct (see my comment below)! Therefore the Hungarian Wikipedia entry is the best resource to learn about them. These also come in varieties, with sheep quark cheese in the dough, for example, called Sztrapacska then, also part of Slowakian national cuisine.

Another, typical, Hungarian (and Slowak) noodle is "tarhonya". These are small noodles, which get sautéed in a little oil or bacon, before getting cooked in boiling water (or right into the dish, they are being made for, so they get cooked along with it). 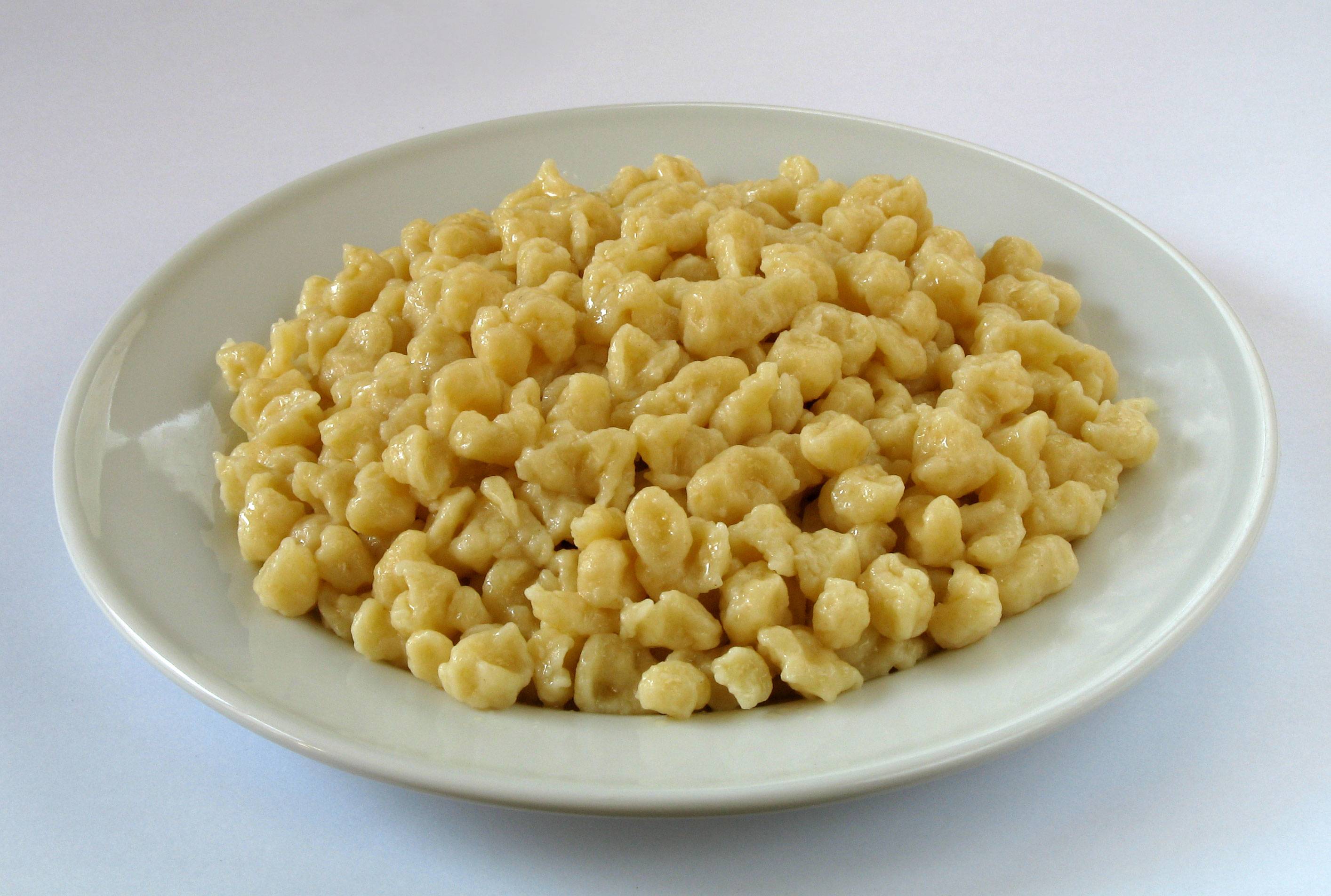 Tiny rice grain shaped noodles (Kritharaki/Orzo) are often found in greek and turkish dishes, even though an italian adaptation (Risoni) seems to exist.

5
What is the best way to cook pasta made from quinoa,amaranth, and brown rice?