How do I keep my bread pudding from collapsing?

I'm using my mom's bread pudding recipe which is:

I doubled the recipe and put it into two pans and baked it for 45 minutes. It rose quite a bit, but as soon as I pulled it out of the oven it collapsed like a dying star.

Is there anyway to keep it from collapsing?

A souffle by any other name will fall as quick.

(Sorry, I couldn't resist). But this is absolutely normal, there is nothing in this recipe to support the structural integrity of cooling air bubbles. You can reduce the amount of rising, which will result in a smaller collapse. To do this, beat the mixture less (prepare it by hand instead with a mixer to be sure) and ensure slower, more even heating in the oven. But of course, the collapse will occur.

There is some advice floating around which is supposed to reduce the falling rate of souffles. You could try following it even if your recipe doesn't involve whipping the eggwhites. It involves things like not crowding the oven and carefully buttering the form, usually with layers of butter and sugar (or parmesan for savory souffles). It won't hurt to use them. But don't expect a risen pudding after it has cooled.

Update. I read Charlotte Farley's answer and thought that it would be great if it works. I had a hunch that it might not, but it would be so awesome if it helps! So I made the experiment.

I made the bread pudding exactly per the recipe given here. I didn't separate the eggs, but took care to whip them for a long time before adding the milk, to ensure a good rise. I baked it in silicon muffin cups, exactly 5 gram of bread and 45 gram of egg mixture per cup. After 45 min at 150°C, I quickly removed three cups from the oven and left the remaining three cups there for another 45 min. As a control, I used a simple cheese souffle (basically a mornay sauche with whipped egg whites) and repeated the procedures, using 50 g mixture per cup and baking for 20 min at 175°C. 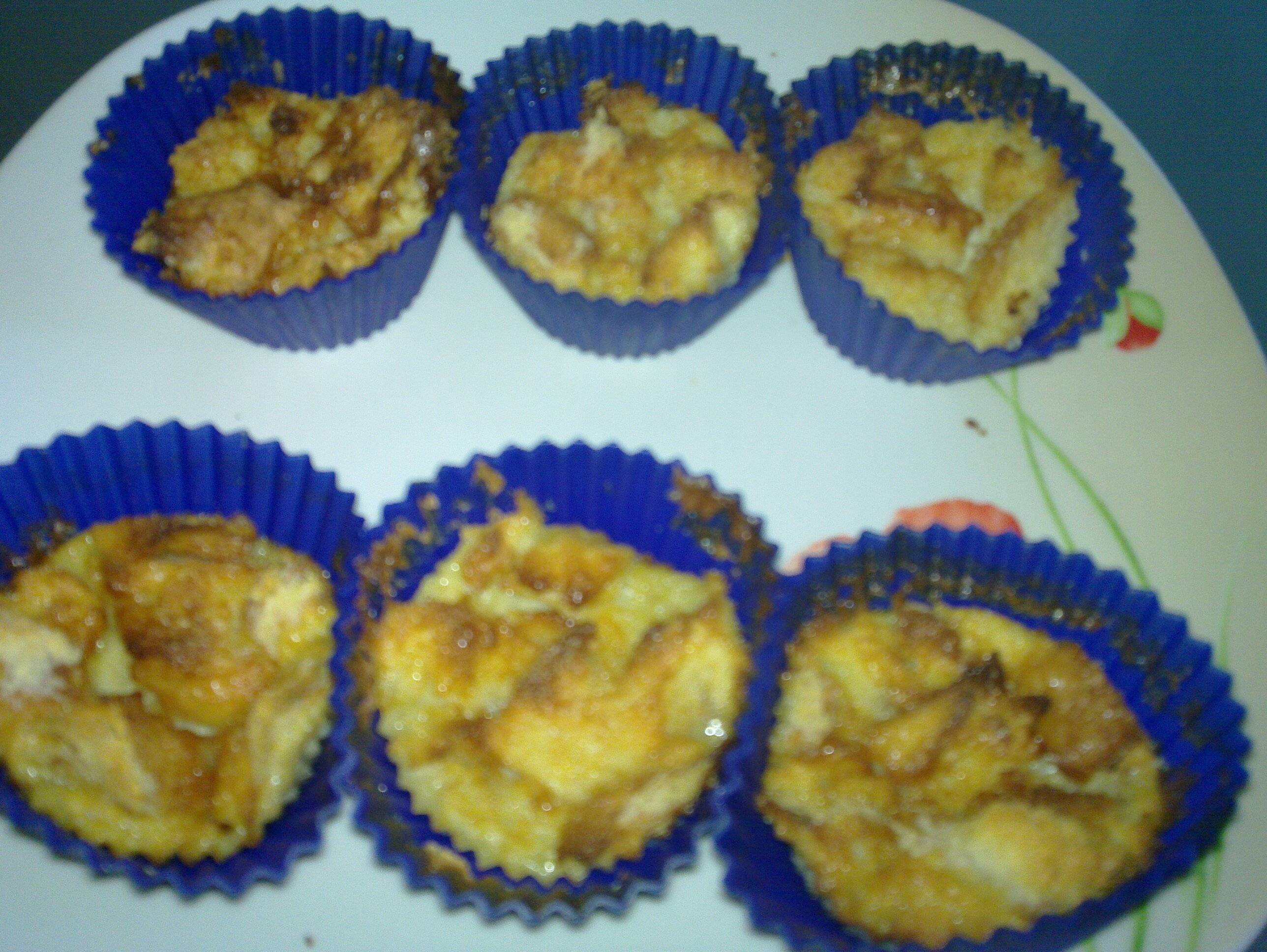 These are the bread puddings. The directly removed are in the lower row, the ones which remained in the oven are in the upper row. I didn't measure them, but they are nearly the same height. In the oven, all had risen maybe 1 cm over the cup edges, so they all lost ~50% of their oven height. The first group collapsed the second they were out of the oven, the others deflated slowly in the oven, but were already low when I took them out. 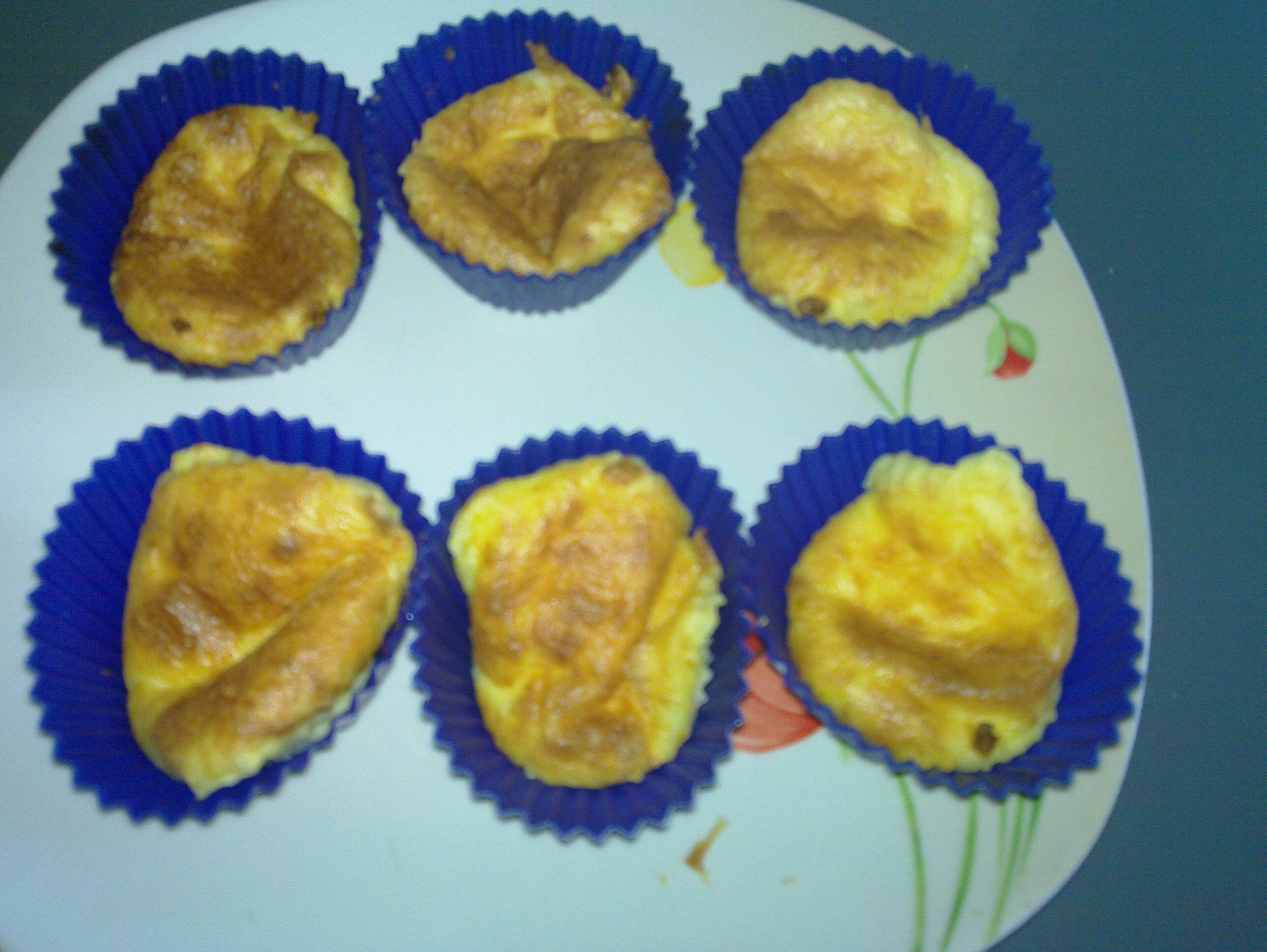 These are the cheese soufflés. They rose more in the oven, to maybe 2.5-3 cm above the cup edges. Again, directly removed ones are in the bottom row, the oven cooled ones are in the top row. There is no visible difference, they all seem deflated to the same size. The weight results are similar as in the bread pudding case: 122 g for the three directly removed souffles, 109 g for the oven cooled ones. Again, I felt that the moister ones tasted better, but this could be a subjective preference. I wouldn't consider the oven-cooled ones "bad" on their own.

Estimated 5000 calories worth of egg dishes plus a small package of American bread (opened) available for free, collect in person only.

You are using your mother's recipe. If your mother produced puddings that looked like the "risen" version of yours, there is only one answer - she cooled the puddings very slowly.

I would try transferring the puds to the bottom of the oven at the end of 45min, turning the oven off and allowing the puds to cool slowly as the oven cools. If you want to prevent charring, cover them with aluminium foil at this point.

I have never had bad luck making bread pudding — I prefer to put my bread pudding dowm at the bottom of the oven, and turn the heat off. I find that doing that makes the bread pudding not fall as much, and additionally, the moisture is great.

Not the answer you're looking for? Browse other questions tagged bread-pudding or ask your own question.