How many times can I use a salt block?

I've been reading up on Himalayan pink salt blocks. I am mainly interested in cooking with them, like cast iron. But, I noticed that they are a bit pricey, about $40 to $70. It also seems that they die after some usage.

My question is, how many times one can cook with a salt block before they are unusable?

I think the cost effective-ness and worth it portion of the question is quite subjective since there isn't a way to directly compare salt with cookware grade salt block. These salt blocks are considered unusable when it becomes cracked and fall apart, not when all the salt has been used up. Thus the price is for the novelty of using these blocks to cook food rather than the actual salt content. And whether the flavor is worth it is complete up to you to decide.

Due the obscurity of Himalayan salt blocks, I will provide a little background information for those who aren't familiar. Due to the Himalayan salt blocks' unique lattice formation, it has very low moisture and porosity. Due to this property it can be heated up to extremely high temperatures (up to 900 degree Fahrenheit). Also because of the lack of porosity the saltiness that comes off of it when cooking on top of it is minimal and will impart only a moderate amount of sodium. On top of that, it has many trace amount of other minerals including but not limited to sulfur, calcium, potassium, and magnesium. These additional trace minerals are what given the Himalayan pink salt its unique flavor.

Now if you want to cook using the block merely to try out its taste, i would recommend you use this instead. It is a bag of Himalayan pink salt that is meant to go into your food as seasoning.

How long a salt block last purely depends on how well you take care of it and luck. This article explains proper heating and washing techniques. Because these blocks are naturally carved out of the earth, fault lines(sometimes not visible from the outside or even with the human eyes) can exist on it. These fault lines will naturally grow bigger as the block is continuously heated to high temperatures. Because of this unpredictability, there isn't a "real" answer. However some can crack after just several uses(on one testimonial, one woman claimed it broke after two uses. But she was able to get it replaces for free) while other can last much much longer(others have report using it for over a year). Usually you can get a replacement if the block cracks in a short period of time. Find out about this warranty period from the supplier before buying.

I bought one for Father's Day & we used it ONE time and ended up with a SEVERE crack. We used it indoors on the gas burner and made chicken. It was yummy, a bit salty for my liking but I could see how I would adjust what I made.

I let it cool completely, overnight...and the crack was there in the morning. I bought it out of the area on a road trip so I can't return it. But I will follow up with the manufacturer! So bummed! 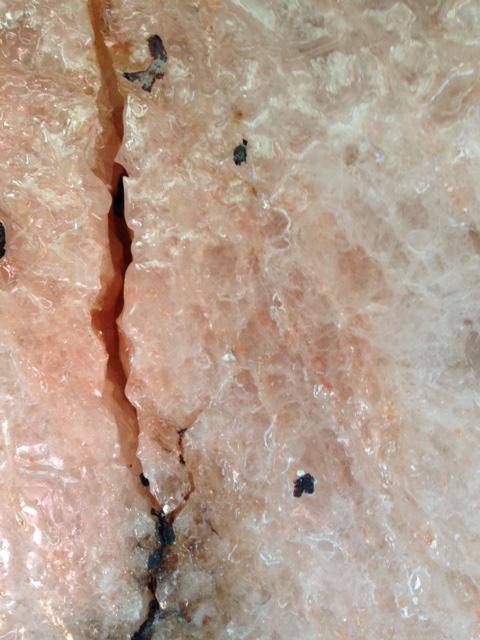 Not the answer you're looking for? Browse other questions tagged salt cookware or ask your own question.

6
How easily can table salt be contaminated?

10
Cast Aluminum Vs Cast iron Dutch Oven
6
Chicken comes out salty... occasionally
10
Why would heating salt in a pan prevent food from sticking?
3
How to make chicken absorb more salt when cooking a soup?
3
What should I look for in a crepe pan?
30
Do pan "pores" exist, what are they, and what are their effects?
7
Maintenance and safety of cast iron skillet
5
How can I add salt and get it to permeate throughout chocolate?
13
Is a borosilicate glass pot safe to use on a gas burner stovetop?