Why Did This Cheesecake Catch on Fire? 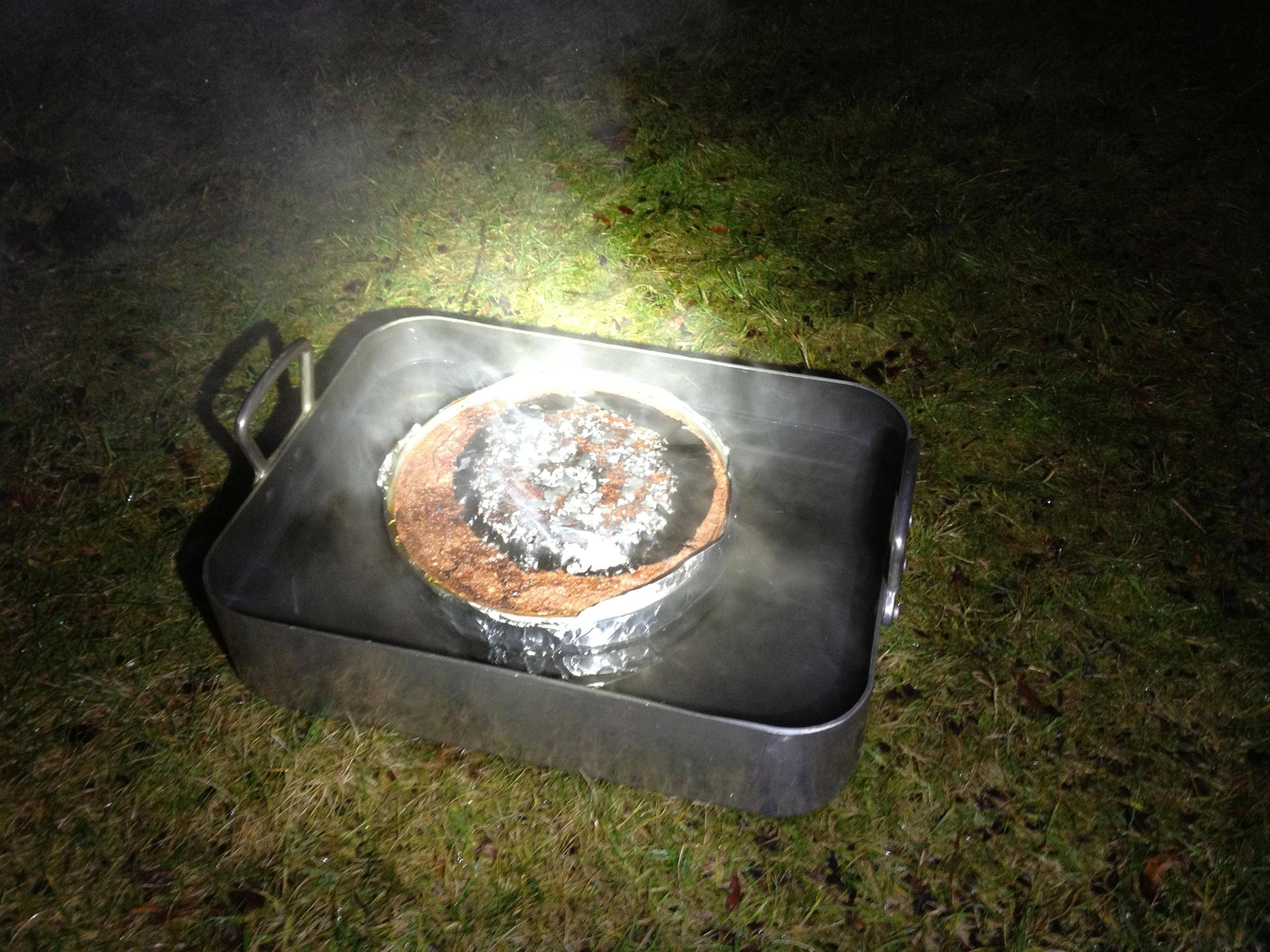 A friend of mine's wife was baking a cheesecake, which she does somewhat regularly. The house filled up with smoke, and when they opened the oven, they observed that it had caught fire. Apparently it was a fairly standard cheesecake, not a unique petrol-flavored version, nor even spiked with a healthy dose of brandy. She proceeded to remake the same recipe immediately after with no further conflagration.

I did a bit of googling and the only conjecture I saw that somewhat jibes with the circular burn mark is that somehow liquid fat separated from the filling, pooled, and caught fire.

Any idea why specifically that would happen, or alternative explanations?

I know it sounds like a stupid question, but are you sure the oven wasn't in "broil" or "clean" mode? It seems unlikely that a regular shape of flammable would emerge from a fairly homogeneous mixture. It seems more likely that a heat source in the shape of the burn marks on the top of the cheesecake was radiating directly onto it. It could have been an intermittent malfunction with the oven, too.

Other than that, I'm lost. It's quite a mystery you have on your hands there.

2
How to tell when cheesecake is done?
3
Will newspaper covering a cake pan catch fire in the oven?
5
Baked item that would catch on fire/smoke?
3
How to make cheesecake less tangy
7
Cheesecake in or next to waterbath
2
Why did the crust get too hard on my Blueberry Cheesecake?
2
Why cheesecake needs hard base?
1
Why did this cake fail?
2
Why did my cheesecake fall?