What are those black fibers in my mango?

I was cutting up a mango, when I noticed some black threads inside. 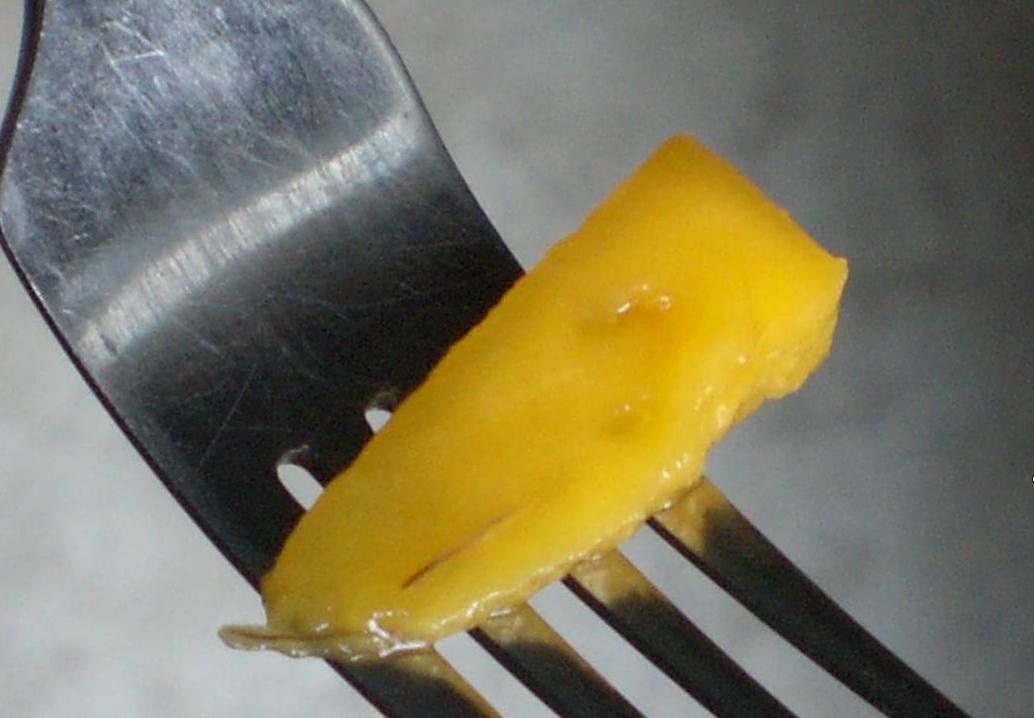 It's an indication that the fruit has started to rot:

When dark spots start appearing on the side of a mango, it's starting to rot. A mango can rot from the pit, the skin, or from the non-stem end. Any black fibers also indicate that the fruit has started to rot, and at that point, you need to toss it into the trash.

Edit: Yes, the above is probably being overcautious in stating “any black fibers? → trash!” It's from a “Dummies” book after all. ;) I couldn't really find another good reference. But I'm sure you can make the distinction between a piece of fruit that has a small brown spot and one that's black and shriveled. Still, the color of the fibers is a result of the late ripening/rotting process of the mango, rather than a result of an earlier stage in its growth. But having eaten this mango with the one, tiny black fiber shown in her picture, I don't really expect to read Mien's obituary on this site tomorrow. ;)

These articles identify the presence of well delineated black veins in otherwise good, fresh mango as a "disease" of the fruit. It turns out that this is caused by the mango trees lacking sufficient fertilizer.

I believe some mangos do that in early stages of over-ripening (similar to how an avocado does that). I usually cut around them and keep eating.

It's not mango rot its actually a disease called Resin Canal which causes black fibers to appear in mangoes, there is no idea what causes the problem

Just to keep this thread accurate and current, the black fibers/veins in the picture are known as Resin Canal Disease, or RCD. Although unappealing, they are safe to eat, as described in this article: https://www.abc.net.au/news/rural/2019-03-19/resin-canal-discolouration-breakthrough-for-mango-industry/10912520

Not the answer you're looking for? Browse other questions tagged mango or ask your own question.

21
How do you remove the pit from a mango?
7
Why does canned mango pulp have no vitamin A?
11
How to pick a good mango at a local store?
7
How do I ripen a Mango?
5
Purpose of condensed milk in mango ice cream?
7
Indian Mango Pickle producing gas is that normal?
3
Is slightly sugary mango fine for hot sauce?
2
How to freeze mango puree?
3
Why did my mango pickle become bitter?
10
What milk and yoghurt is the best for mango lassi?