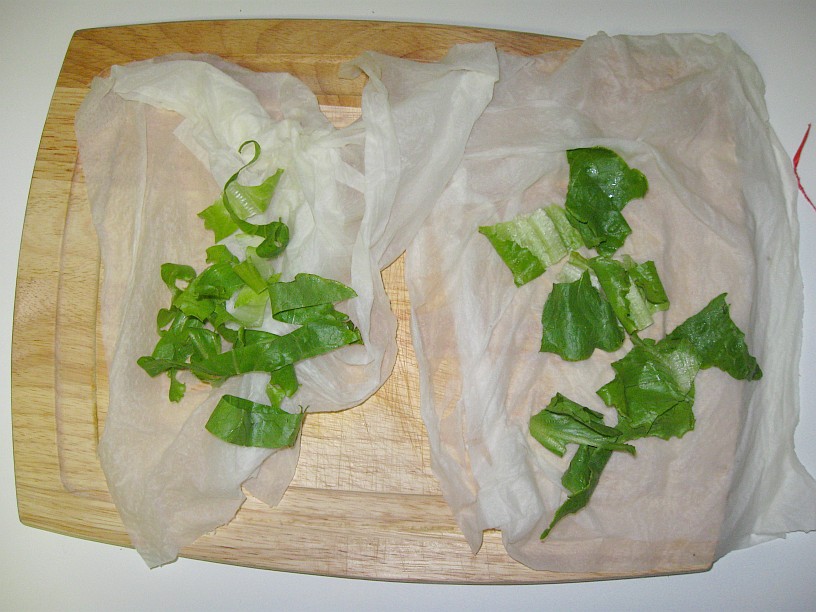 6
How can I infuse alcohol with 'fragile' herbs?
7
To achieve maximum flavour is it better to cut or tear basil leaves?
3
What is an economic way to store/buy ingredients for salad?

6
How to wash lettuce
6
Culinary uses for bolted lettuce?
4
Green lettuce water?
5
How can you prevent lettuce from becoming bitter?
15
Is it worth checking beans for stones?
1
Lemon juice and kale/green leaf lettuce salad produces a very horseradish-y taste and smell
1
Can lettuce wraps be less messy?
11
Why is lettuce rarely cooked?
0
Is Garden salad still good if it's past the best by date?
1
Bitter tasting salad