Can I use this dutch oven on a grill or camp fire?

I have a six quart cast iron, enameled dutch oven from Lodge and a power outage likely to last a few days. The dutch oven looks like this and has one of the oven safe knobs on top: 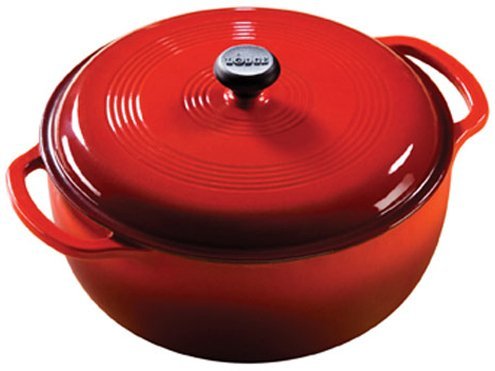 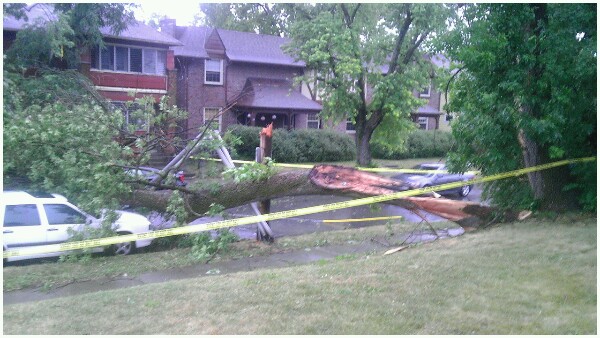 Can I use an enameled cast iron dutch oven on either a charcoal grill, or better, a camp fire without worrying that the grates on the grill or the wood of the fire will scratch, crack, or otherwise damage the enamel?

If you get an enameled cast iron pot too hot, you can soften the enamel enough to damage it. My brother ruined one when we were younger on an electric stove, set on high (was making ramen, forgot about it, turned off the stove after the water had boiled off, when it cooled it fused to the burner)

The thing about camp fires is that they burn at different temperatures depending on the fuel and how much air's getting into it.

As you're using a dutch oven, I assume that you're doing something that requires low and slow cooking ... so you should be okay. If I were doing this, I'd try to pay attention to the fire (put the palm of your hand near the coals -- if you can't keep it there for a few seconds, it's too hot; move it somewhere else). And make sure that you have enough liquid in there that it won't risk going dry. If necessary, you can make a flour & water dough to use to seal the lip of the pan shut, so steam can't escape.

I'd also soap the bottom of the pot -- take a liquid dish soap, and rub the bottom and lower edges of the outside, so that when soot starts to deposit, it's depositing on the layer of soap, and not the pot itself. (it makes cleaning so much easier).

I'd also beware of grills for another reason -- many manufacturers are making lighter weight grill parts to save materials (so it costs them less to make). Many are so thin that I doubt they'd take the weight of a heavy cast iron pot. (I've broken one using a cast iron griddle)

It's also worth mentioning that what you have isn't quite ideal for campfire cooking, as it doesn't have the little legs to stand if off the ground a little bit, or the lip on top so that you can put coals on top, but be able to lift the lid without the ashes falling in your food. You can get around problem #1 with the grate, and might able to do something about #2 with some creative use of aluminum foil.

8
Dutch oven instead of oven?
5
Dutch Oven alternative for campfire?
10
Cast Aluminum Vs Cast iron Dutch Oven
6
Can I use the grill tray in my oven for grilling?
7
Cooking stove vs cooking on open camp fire
2
Need to replace my "Bean Pot" what should I look for?
1
Stock Pot vs. Dutch Oven / Sauce Pot
5
What accounts for Dutch Oven price variation?
1
Is it safe to use an enamel/cast iron Dutch oven with small cracks and worn enamel
0
Will I crack the enamel if I put a room temperature dutch oven in a pre-heated oven?