Saw this at my local chinese grocery 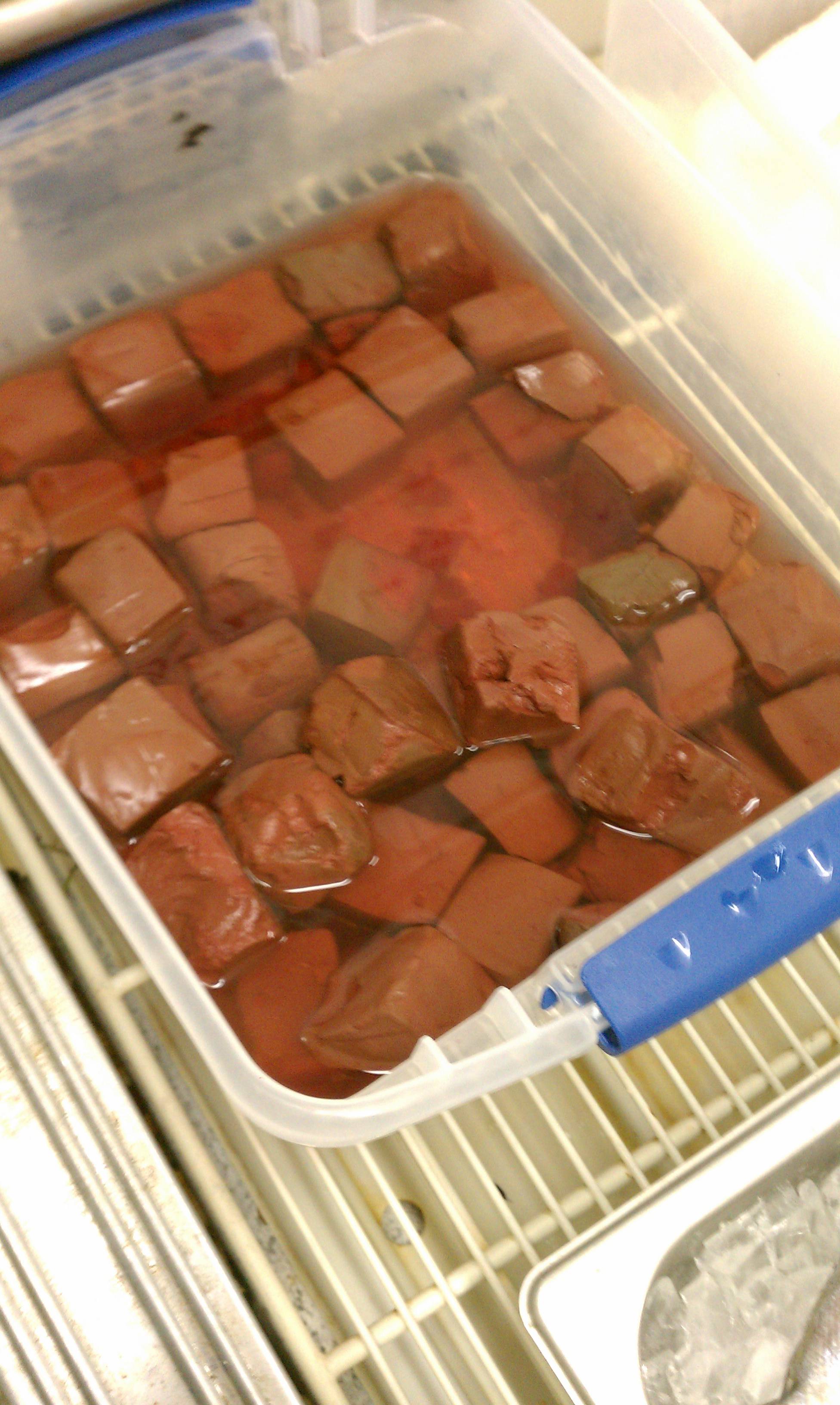 This was near the seafood section in a big vat of ice at my local chinese grocery. What the heck is this?

Pretty sure it is congealed pig's blood. It's commonly seen in SEA (South East Asian) countries and Hong Kong. It is used as an ingredient in some dishes and in Malaysia, I have seen it been used in soup as well as soup based noodles.

One way to identify them is that they are always sold in cubed form.

update: sometimes, chicken blood is sold/used in the same form.

Not the answer you're looking for? Browse other questions tagged food-safety chinese-cuisine food-identification or ask your own question.

4
Can a “regular” eggplant be substituted for a chinese eggplant in a recipe?
21
What kind of rice is used in Chinese cooking?
7
Chinese Hoppin' John
6
Is Indian food more expensive to prepare than Chinese food?
7
Help wanted to identify this food item (oriental)
6
Is asking for a “Chinese menu” in a Chinese restaurant a common way to get more authentic dishes?
3
How to prepare this (Chinese) snack?
3
What do the numbers used to differentiate Chinese slicer knives mean?
1
What are some clear honey and chili sauces in Chinese cuisine?