Do I have to tie my turkey legs together?

I forgot to buy twine for tying my turkey's legs together. How important is that? I've heard that it's mostly for presentation, but it may also help prevent the turkey from drying out and may help keep the stuffing in.

Is there any validity to these claims?

Also, is there an alternative I might have around the house? I've thought about sewing thread, but that probably has polyester in it and it seems like it could melt.

Some people, and some well known Chef's (Micheal Ruhlman, Julia Child) swear that trussing is necessary. I say that it is not, and that the meat between the thigh and the breast, on a trussed bird, cooks too slowly so that the rest of the bird risks overcooking. I do just the opposite and splay out the legs as much as I can.

My two favourite sources for recipes (Heston Blumenthal, and the cookbook The New Best Recipe) do not truss for Chicken and I wouldn't for Turkey either.

Unless you are convinced that a trussed bird cooks more evenly, I would say that it is mostly for presentation.

If you're following a particular recipe to the letter, and it specifies tying the legs together, then you might want to consider it. Otherwise, I wouldn't bother.

Trussing a bird will pull it together into a more compact shape, the reasoning for cooking being that it will cook more evenly if it's closer to a uniform spheroid shape, rather than having leg and wing bits sticking out all over. The argument against it is that it decreases total surface area, increases total cooking time, and causes the outside parts (particularly the white meat, which overcooks sooner) to cook more before the inner parts are done. The variations in your oven and in the turkey itself will cause just as much (or more) error as trussing.

That can be risky with stuffing, which will be the last to fully cook, and might have soaked up all those yummy raw turkey juices. Leaving the legs open (not to lewd) can give the stuffing a bit more surface area, and will expose the thin flaps of skin on the sides to allow even more heat to get to the stuffing sooner.

As far as keeping the stuffing inside, I doubt it will be a problem unless you have a very dry and loose or very wet stuffing - and if some spills out, so what? Extra crunchy bits. 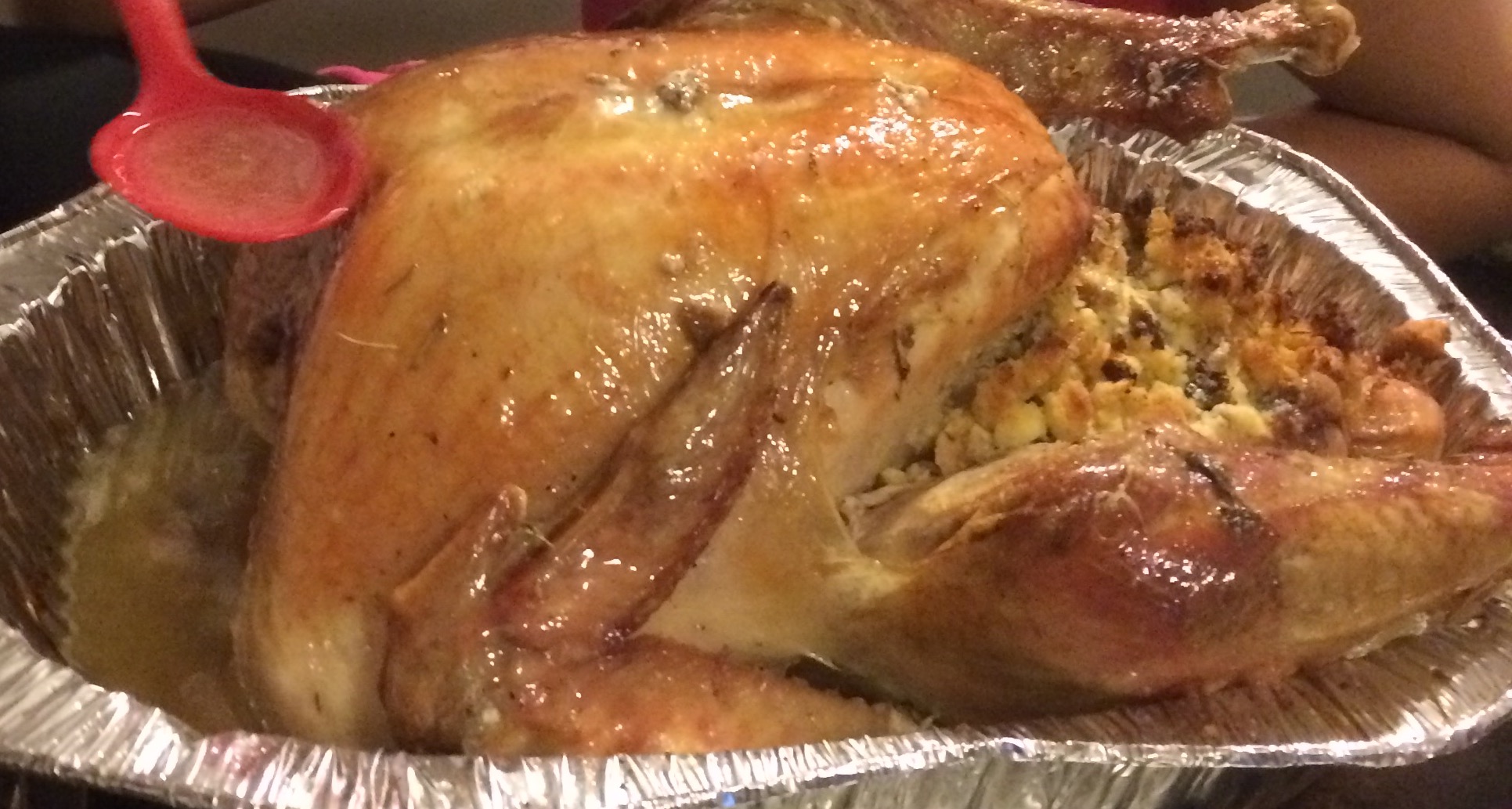 I didn't tie the legs and stuffed the bird with cornbread apple stuffing, turned out very well cooked. I made sure to baste every 30 minutes and cooked this 20 pounder for 4 hours.

Not the answer you're looking for? Browse other questions tagged roasting turkey or ask your own question.

15
How do you keep turkey from getting too dry?
7
Has anyone successfully spatchcocked their Thanksgiving Turkey?
2
Roasting a turkey in a roaster oven
3
Baked Stuffing and cooking the turkey
4
What to do if a turkey has been brined for too long
4
Are there any differences between preparing/cooking a turkey that was labeled "basted with real butter" vs a regular turkey?
2
Cooking turkey joints
1
Troubleshooting braised turkey legs dry and tough
2
Does wrapping turkey while resting make the skin soggy
3
How to bake extra turkey legs along with a whole turkey?