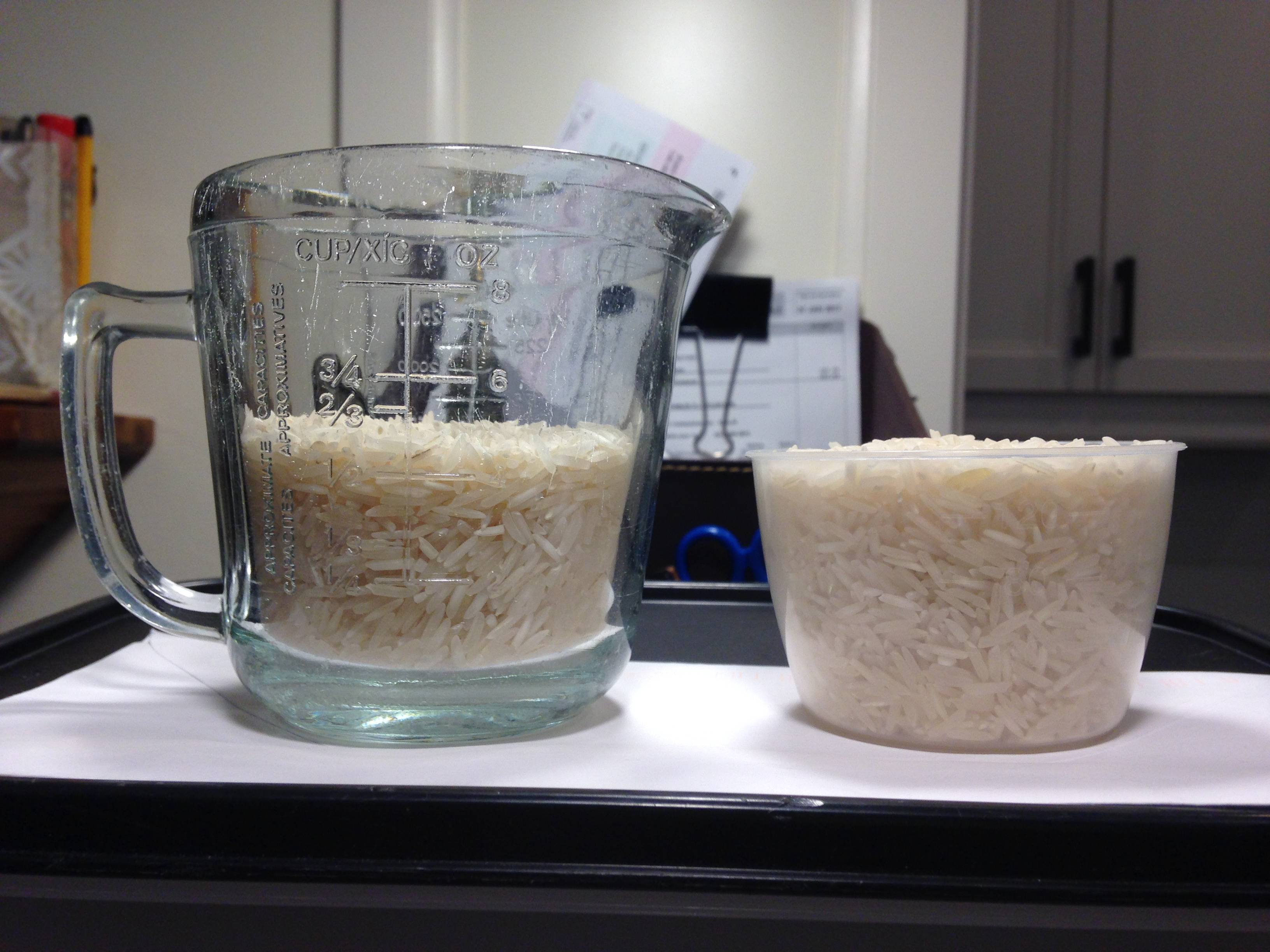 Your lost cup was, most assuredly, a guo (or "go"). I appreciate being able to put in my 3 go measures of short grain white rice and add water to the appropriate marked line, and not having to actually measure the water in a separate cup. A go is one-tenth of a "sho." A "to" is 10 sho; a "koku" is 100 sho.

My wife and I love Japanese food, but often make American versions of it. Onigiri and Rice Bowls are a staple in our house. We don't have a lot of side dishes. We get a different bag of rice almost every time and have never used the plastic measuring cup. And the markings on the side of the pot don't actually go low enough for our usual rice usage. (They start at 2 cups, when we just want 1 cup)

1 cup (240mL) of dried rice makes enough onigiri that we are full at the end (roughly one large and one small for each of us, depending on fillings). Some rice requires a 1:1 ratio, and other rice requires a 1:2 ratio. Most of the time, it's a 2:3 ratio. (One and a half cups water to one cup rice) You have to determine the right ratio for your rice.

So whatever you go with, it's definitely a YMMV moment. I would start at 1 cup rice and 1.25 cup water, or if you prefer the smaller rice cups that come with the machines (gou), .75 cup rice and 1 cup water.

22
Proper ratio of Water to Rice
5
What does "serving" and "serving size" mean?
2
How to make perfect pearl rice in a rice cooker